Half An N, Sliver of An O

Five Star is one of those products that I won't touch while it is sitting in a pack on a shelf in a card store.  I would likely spend the $125-$140 for a one box, with two autographs, and pull something along the lines of a Terry Pendleton autograph. 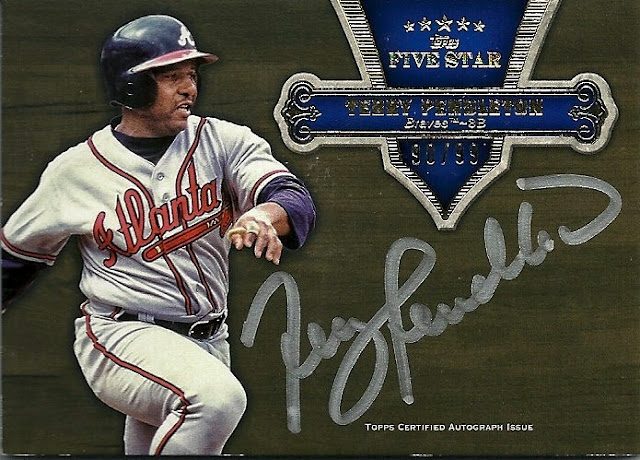 I paid something like $10 for this card and I love it.  I would just be irked if I spent that much on a box of cards and pulled something like this fabulous card of the former Cardinals and Braves third baseman.  So, I let other people go ahead and open the packs of Five Star.  I just sit here in my office and watch the listings on Ebay.


I am willing to spend for some nice autographs out of this product.  I still really like the original set from 2012.  This is one of my favorite cards that I picked up that year...... 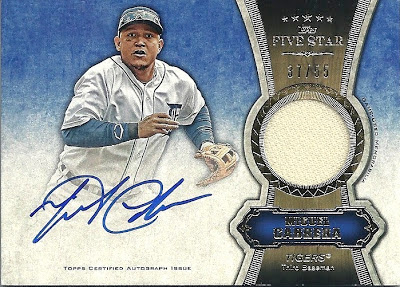 So much to love about this card.

I know that the Cabrera card is a relic/autograph card, but I have really gone away from the relic cards in the past two years.  I just really care about the autographs.  I usually try to pick up two-three Five Star cards every year:  one Cardinals player, one Durham Bulls, and one just generic good player.

I have already picked up a Mark McGwire Five Star card this year, so that might count as my Cardinals card for this year.  It was not a current year card, put out in 2014.  I am not sure I really feel the need to pick up another Matt Carpenter or Aledmys Diaz autograph.  Diaz was actually just traded to the Blue Jays 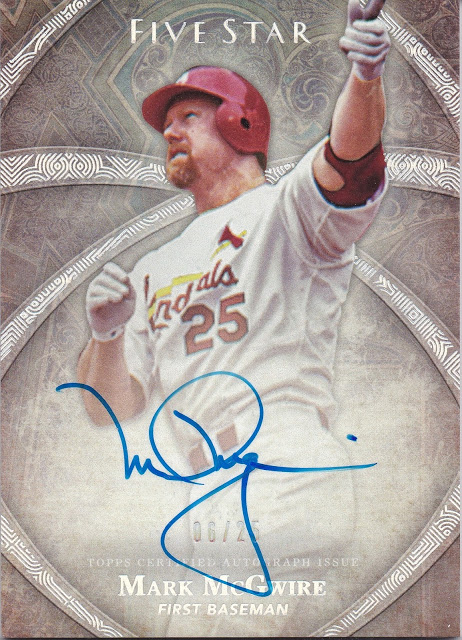 unless I can find a cool Alex Reyes.  I have no desire to touch another Grichuk Cardinals card, let alone spend time money, or trade other cards to get one of his autographs.

So, that really left me with a Durham Bulls player to track down.  In the past I have found some nice cards of Blake Snell, Andruw Jones, and Evan Longoria.  Again, I usually avoid relic cards, but my favorite Durham Bulls Five Star card that I own is a Longoria booklet that I picked up out of the original 2012 set.

There are usually some nice relic cards in the Five Star product, but they often carry some exorbitant premium that goes beyond the point of making them a worthwhile purchase when compared to the price of a base autograph card.

With that being said, I am not against the idea of still collecting relic cards.  Which brings me to my Durham Bulls card out of Five Star for this year..... 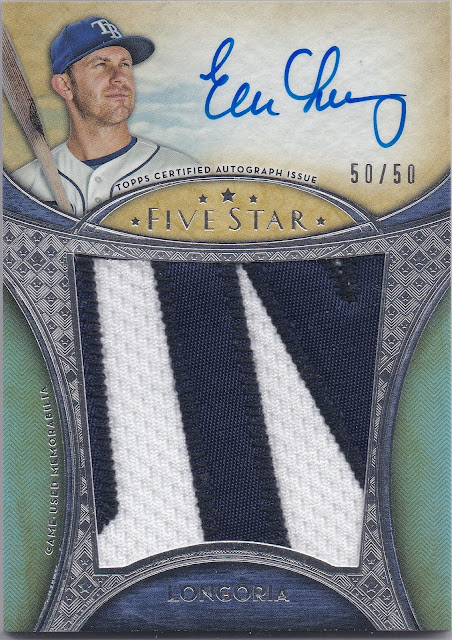 I actually found someone who had pulled this card on Twitter and was going to post it on Ebay.  Always a good way to find cards.  The seller doesn't have to mess with listing fees, I don't have to mess with sitting there at the end of the auction hoping not to get sniped.

Not sure that I love the green tint on the outside edges of the bottom portion of the card, but the top half with Longoria's picture and signature is solid.  I know the 50/50 serial number is one of those Ebay 1/1 things, but I am rather in different to that.  Sometimes a player's jersey number can be cool. 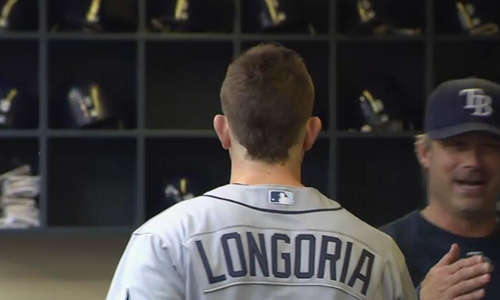 The patch piece on the right side is from the N on his name plate, with the left-side relic being the bottom portion of the O.  After scanning the completed auctions on Ebay it looks like Topps only used the name plates off of Longoria's jersey for the relics in Five Star.  Some of the relics are blue with white letters, the rest are white with blue letters.  The premium patch pieces, low serial numbers, are the MLB logo from the neck line.

I am fine with my Half an N and a sliver of an O.  Makes for a nice card and I didn't pay an arm and a leg for it.

Posted by The Snorting Bull at 7:14 AM