I was sort of expecting the Rays might trade away long-time third baseman Evan Longoria this offseason, but it was still rough actually seeing it happen last Wednesday.  I started following his career after he made an appearance with the Durham Bulls towards the end of the 2007 season.  Longoria is easily the best player to have ever donned the Rays uniform and provided some of the best moments in franchise history.

He helped the Rays make their only World Series appearance in 2008 by hitting 6 home runs during the American League Division and Championship Series against the White Sox and Red Sox.  My personal favorite moment was his walk off home run on the last day of the 2011 season which put the Rays into the playoffs that year

I have had a good time collecting Longoria's baseball cards over years.  There are plenty of nice ones out there, so for this post I am going to stick with a few autographed cards which I have enjoyed having in my collection.  Maybe next week I can do another post with the great non-autographed Longoria cards in my collection.

I have a few Tier One autographs from a few different years.  Longoria has appeared in the product in some way every year that Topps has put out the product since 2011.  Most years the autographs are on-card, which is one reason why I usually like to pick up an autograph or two out of that product every year.  I really like the design of the 2013 Tier One autograph below, but I cannot put it in my top 5 based on the fact that the card is a sticker autograph.  I love the patch piece, I love the picture, I love the design, but I am bothered by the sticker.  Small thing, but this was a tough list to get down to five.  If I made a list of my favorite sticker autographs of Longoria, this card would be first. 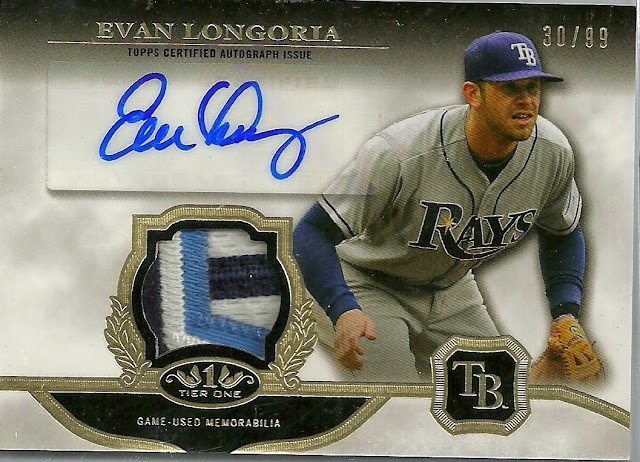 Tribute is another product that has been a mix of sticker and on-card autographs over the years, sometimes even within a year.  Most of the relic cards from this set that have autographs are stickers.  I have a few different autographs out of Tribute, but this simple autographed card is my favorite of the group.  I like the finishes and design of the card.  It has a nice glossy front and a little bit thicker card stock.  Tribute is also one of those products that has all sorts of different colored parallels, some of them can look a little goofy at times.  I like that this card is low key in background color. 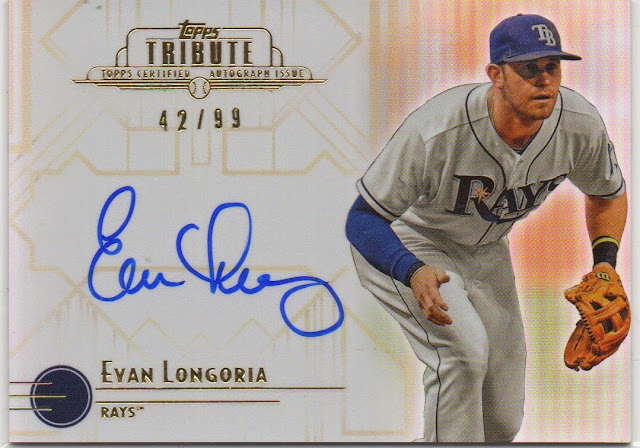 The Mint was one of those ridiculously priced products that was something along the lines of a four digit number for a box.  There were several autographs that I looked into picking up from The Mint, but I was happy that the cards ended up being reasonable in price after a few weeks of the cards sitting on Ebay.  I love the darker background and the on-card autograph.  I sort of wish that the autograph was signed in a different color ink, gold or silver would have been a good look, but the blue still is nice on this card. 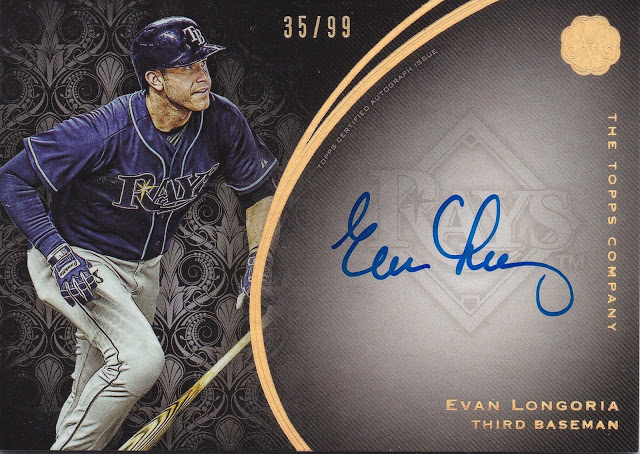 This is a recent addition and there is a recent blog post about this card.  Bascially, I have really slowed down on the whole relic card scene.  I don't go after them, I don't trade for them, I don't spend money on them.  I even feel sort of in different when I land one in a pack of cards.  However, this card is something a little different.  I like the jumbo patch which is from the nameplate of Longoria's jersey.  Very nice card that filled a void in my collection of Longoria cards. 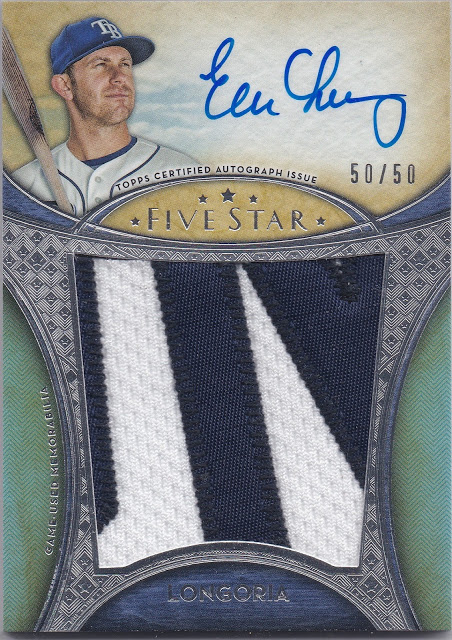 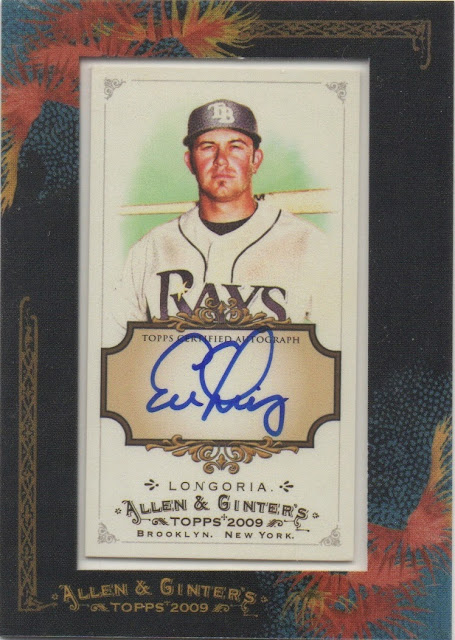 I really love the 2008 Topps set.  The little circles at the top are a neat design element that make these cards unique and easy to recognize.   There are always autographed rookie cards in the Topps Chrome set, but the Red Hot Rookies set was actually a redemption in this product.  Not sure when Topps started these cards, or if/when they stopped.  I really hate redemption cards, so this was an early Longoria rookie that was a more recent addition to my collection.   Well worth the wait though, this is my favorite Evan Longoria card. 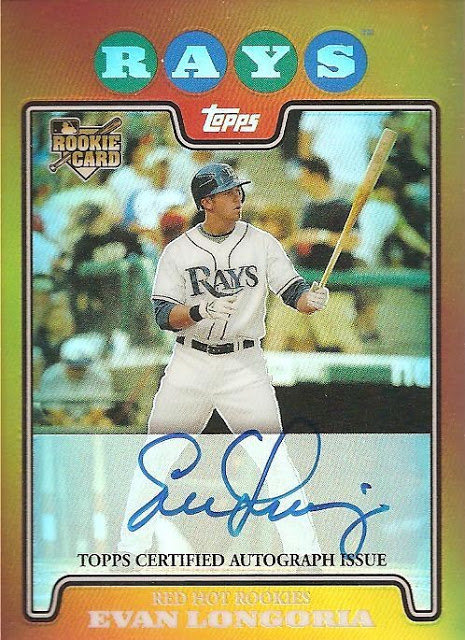 Posted by The Snorting Bull at 9:24 PM