I am inching closer to completing my 1964 Topps Giants set. I have a few more cards to post today, including another one of the really tough short-print. I thought I would finish this set quickly, which is not happening, but at least I still have some momentum going in tracking down these cards. 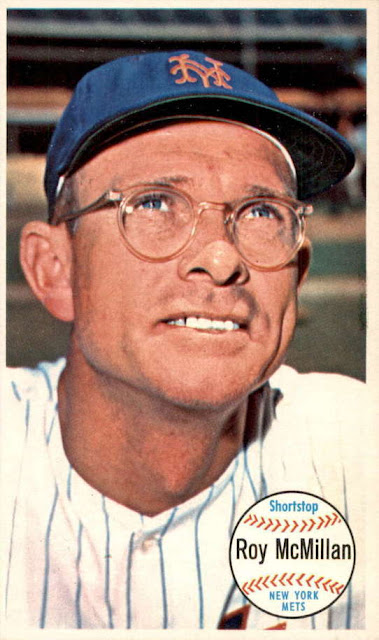 Roy McMillan looks really old in this picture, but he is only 34. I figured he was going to be 40.  However, he was at the end of his career.  If you have ever seen some of his other cards, much like Sparky Anderson, he just always looked old. McMillan was a long time Reds and Braves shortstop, one of the really great defensive players of the 1950s.  He made a few All-Star Games and also won a few Gold Gloves.  Not much of a hitter. 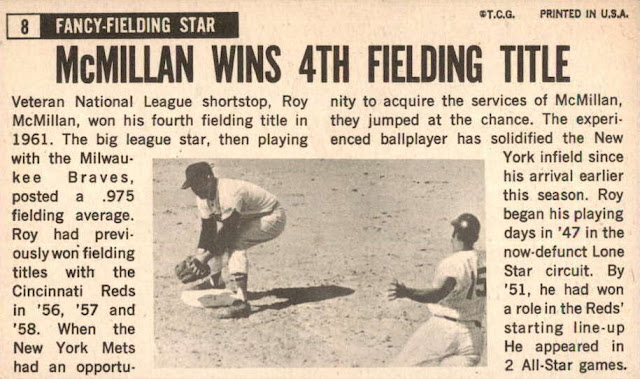 The back of the card focuses on his standout defense. Many of these cards skew off onto player's Minor League careers, but the writer did a great job with this McMillan card to keep the focus on his fielding.  I like the action picture on the back. I wish I knew who the players was sliding into second base.

Next up is Red Sox first baseman, Dick Stuart. This is a short-printed card in the set, but I did not think it was too tough to find. 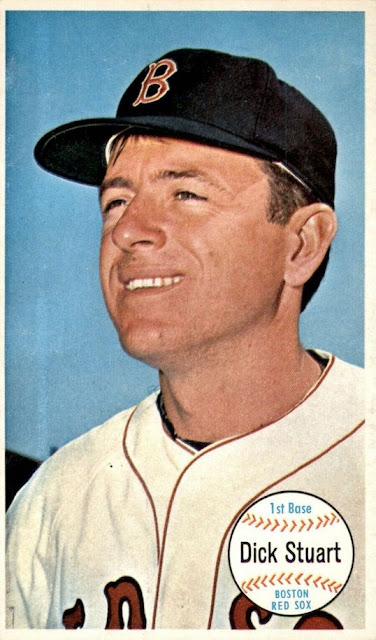 Dick Stuart could hit.  Dick Stuart could not field.  It's the best summation I can come up with for his career.  During his prime years with the Pirates and Red Sox, he hit 30 to 40 home runs per year. He also led all first baseman in errors almost every year he played. Red Sox pitcher Dick Raditz once suggested that he get a vanity license plate for his car that read "E-3". 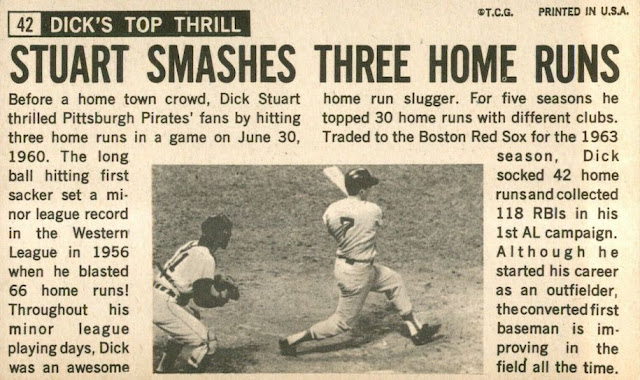 The back of the card starts out by mentioning a three home run game he had for the 1960 World Champion Pirates team. The author does manages to squeeze in a line about his Minor League career, which again is done throughout the set. That last line on the back is something. I am sure many pitchers on the Pirates and Red Sox would strongly disagree with that statement.

Next up is a pretty good card. 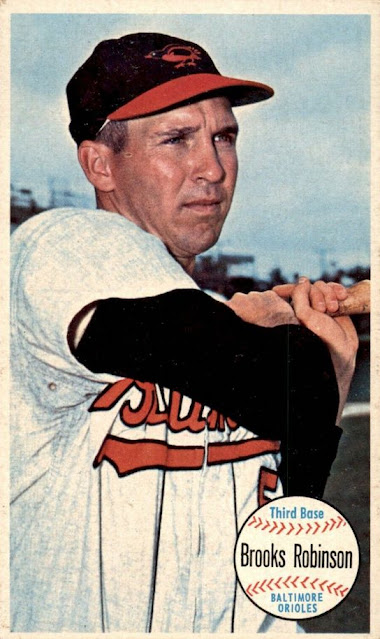 I like this portrait photo of Brooks Robinson, but it would have been nice to get something where he is fielding or standing with his glove. Although, he actually was a decent hitter at this point in his career.  Plus, the picture on the back of the card more than makes up for the photo on the front. 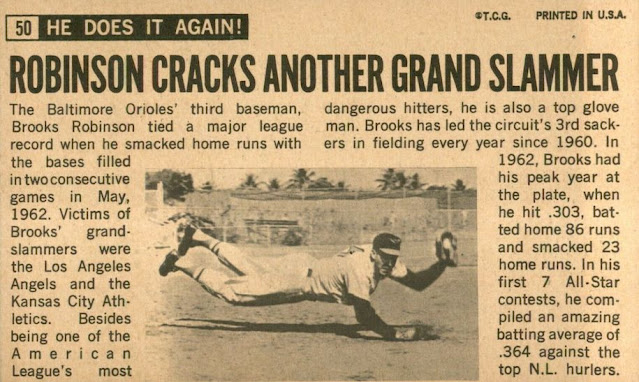 Now, this is a great staged fielding photo. Outstanding. The write-up does not involve his Minor League career. Nice card, but let's get to the best card in the post.

I will let the card do the talking here. 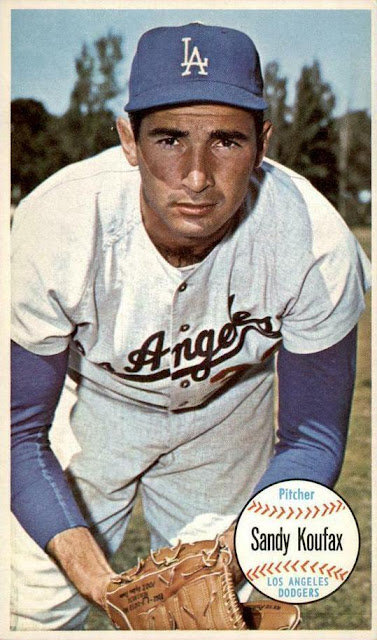 The centering is off slightly going left-to-right and top-to-bottom, but the rest of the card is fairly clean. 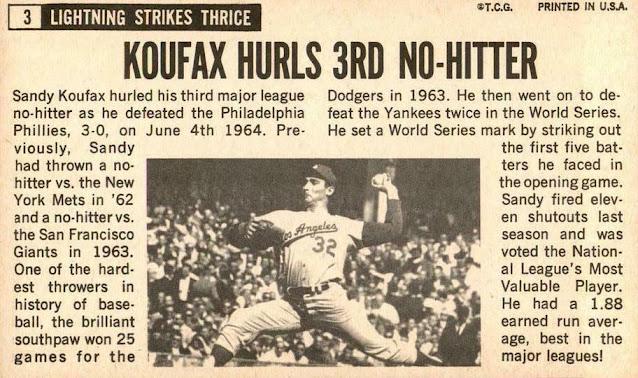 The back is a little yellow too, but this was a really tough card.

I know I stated in an earlier post that I thought the Mantle was going to be the biggest challenge in completing this set, but I think I completely underestimated this Koufax card. Again, it is short-printed and seems to be the toughest out of that group of cards.

With the 4 new cards, I now have 33 out of the 60 cards needed to finish the set. I have two short-printed cards remaining with one of them being Willie Mays.  I am going to try to knock out a lot of the common cards over the next two months. More updates to come....