I Just Want To Get Along

Is this Wander Franco's rookie card? 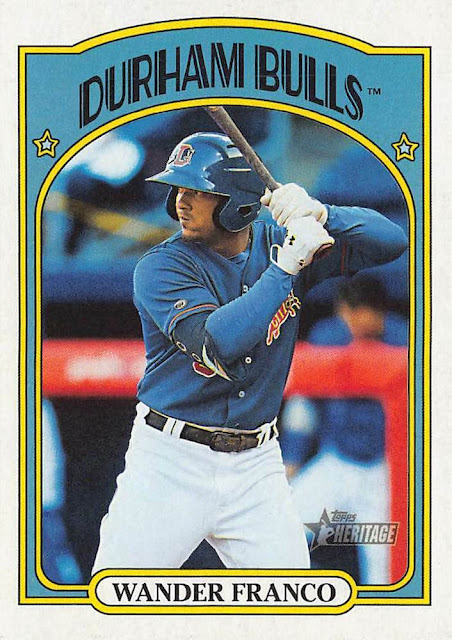 Recently, there has been some pretty intense debate around the land of baseball cards about Wander's Bowman's Best cards. By "pretty intense debate", I mean there are a bunch of grown-up, middle-aged guys fighting over what is and what is not a rookie card. If they were in the same room, there would have been punches thrown.

What makes something a rookie card?

Is it the player's first card?

First card of the player in a Major League uniform?

Anyway, I ended up with three different Wander Franco cards from the 2021 Bowman's Best set. Are these his rookie cards?  The important thing here is that they are cards of Wander Franco.

First, this is his base card from the set. This might be his rookie card. Maybe it is not a rookie card. I just want to get along. 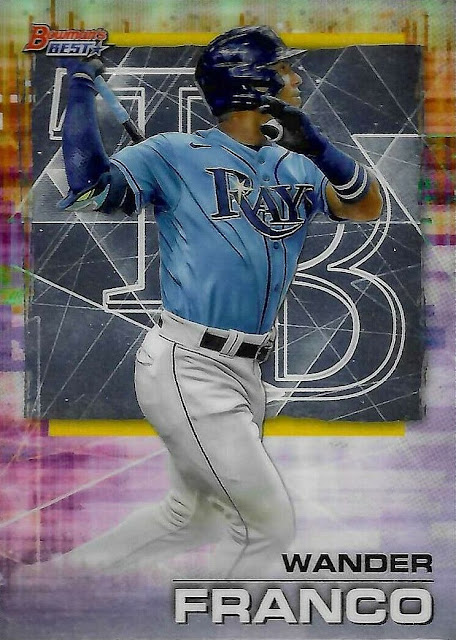 Whether or not this is Wander's rookie card, this is not a very well designed baseball card. The background is incredibly busy. The Rays logo is fine, but what in the world is going on with the rest of the space here?

There are two other better looking Wander Franco cards in the 2021 Bowman's Best set. Are these rookie cards? They cost a fraction of the base card. Leaning towards no. 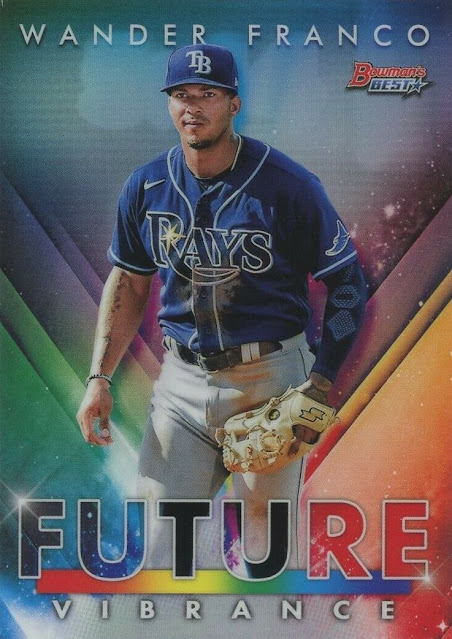 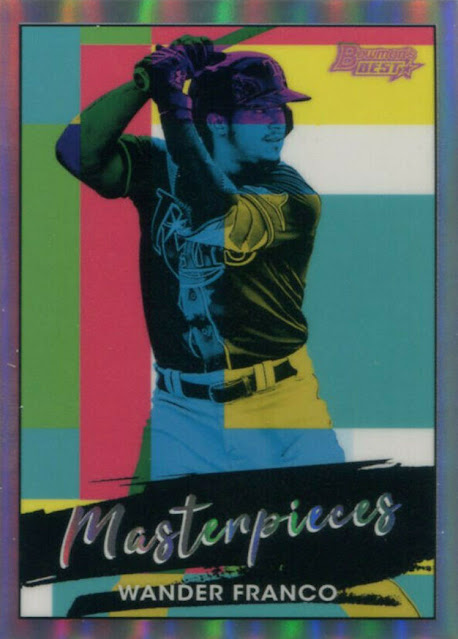 That's all the Wander Franco's for today. It's nice to own a copy of his rookie card, or not.

Don't argue in the comments.

Posted by The Snorting Bull at 6:37 PM