This week features my five favorite sets from 1993.  I had a few readers who strongly advocated for me ranking the sets, so a little bit of editing and here we are........ 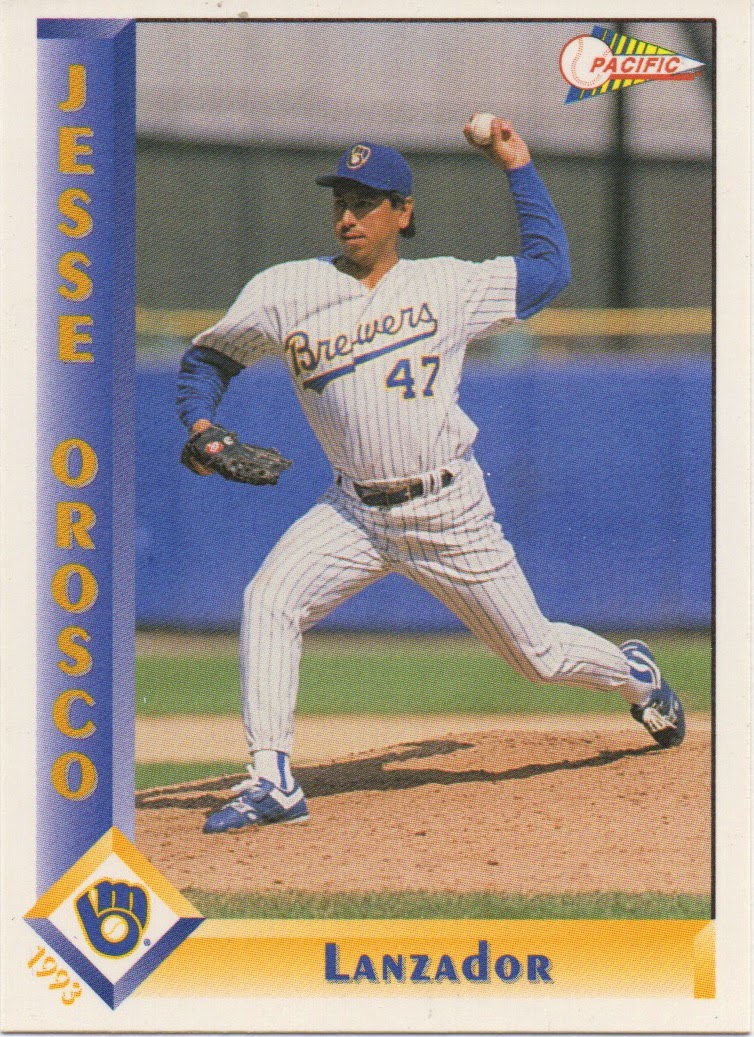 5.  1993 Pacific- I can think of several card companies whose best set might have been their first set.  The 1951 Topps and 1989 Upper Deck come to mind.  The 1993 Pacific set?  Not, so much.  However, everyone has to start somewhere and for Pacific their start, outside of some odds and ends with tribute sets, came when they were awarded a license to produce cards in Spanish.  I remember stumbling across odd packs of Pacific cards at different points in the mid 90s and usually somehow felt really let down.  In the end Pacific turned out to be one of my favorite card brands before they disappeared from the baseball card scene in 2001.  One of the few things Pacific left for me to collect are these early sets.  The cards are inexpensive to buy in boxes and packs and have found a happy home in my collection more than twenty years after they were released.  While companies like Topps and Upper Deck hit home runs in their first go around, I like to think that Pacific got better with age and left the card business in their prime. 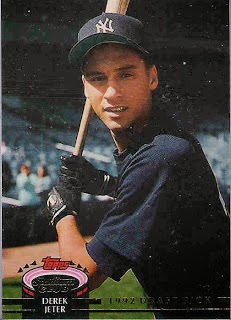 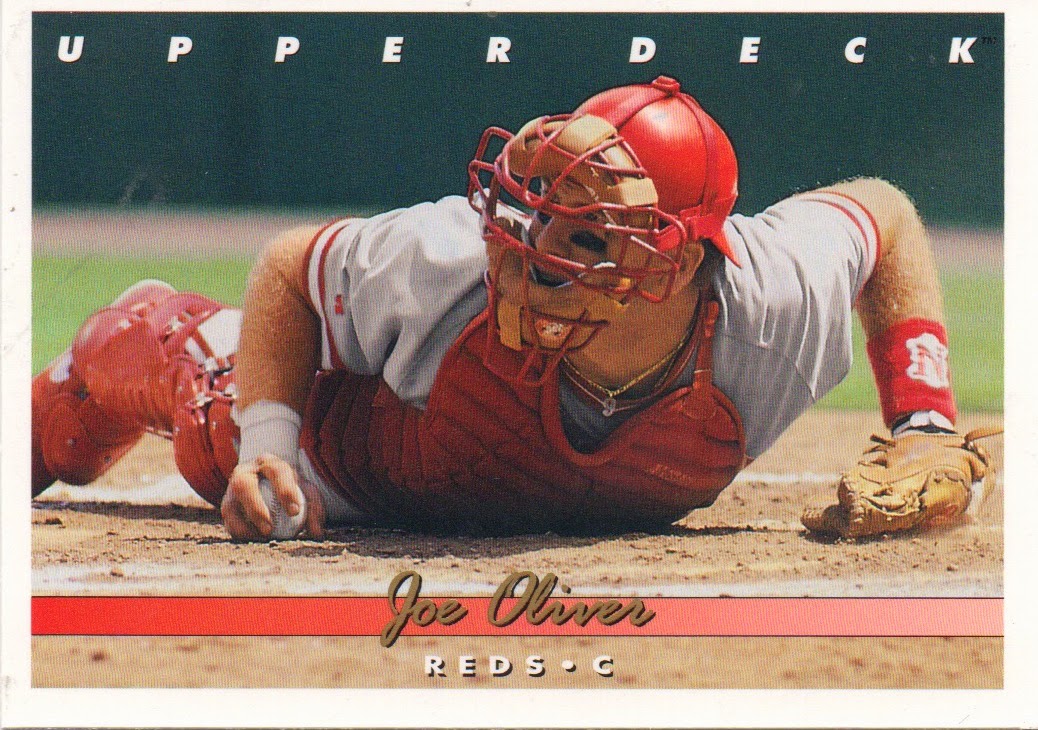 3. 1993 Upper Deck- If you really like looking at base sets this could possibly be one of the best sets ever.  I actually skipped collecting this set back in 1993, but I found a bunch of boxes cheap my freshman year of college and ended up putting together this entire set.  The inserts are really cool too, but it's a really large set at 840 cards, but has great photography and a really simple design which works for me.  The best single card in this set is the Jeter rookie, which is a nice card, but this is just a fun set to take out of the box and flip thru on a slow day. 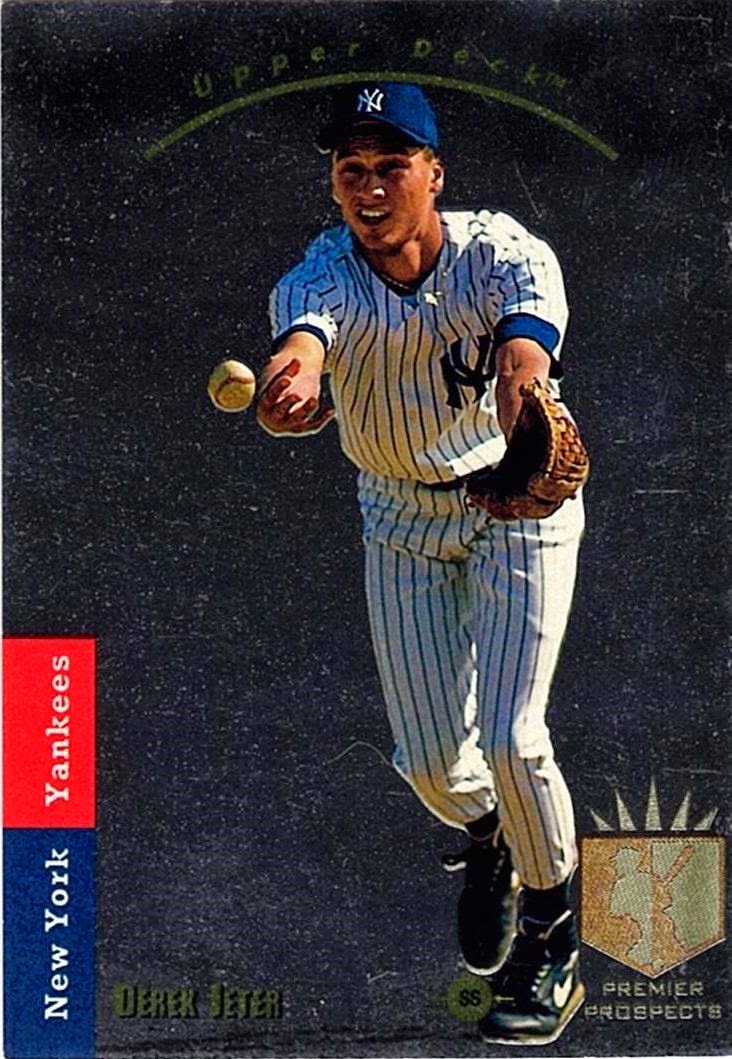 2.  1993 SP- First we had baseball cards, then we had premium baseball cards, and finally we got super premium baseball cards.  1993 was the first year with super premium baseball cards and two sets really stole the show and the attention of collectors for a year.  While there are now dozens of sets out every year like the 1993 SP product, this set was truly special when it was first released.  The set was 290 cards with a handful of rookie cards at the end of the set which gave us the best, in my opinion, Jeter rookie card.  The SP cards are brighter and shinier than the other baseball products in 1993, but the edges of these cards can get a little bit chippy.  If you have some nice copies you can't go wrong having them graded, which I normally do not do.  In this case, yes I do.... 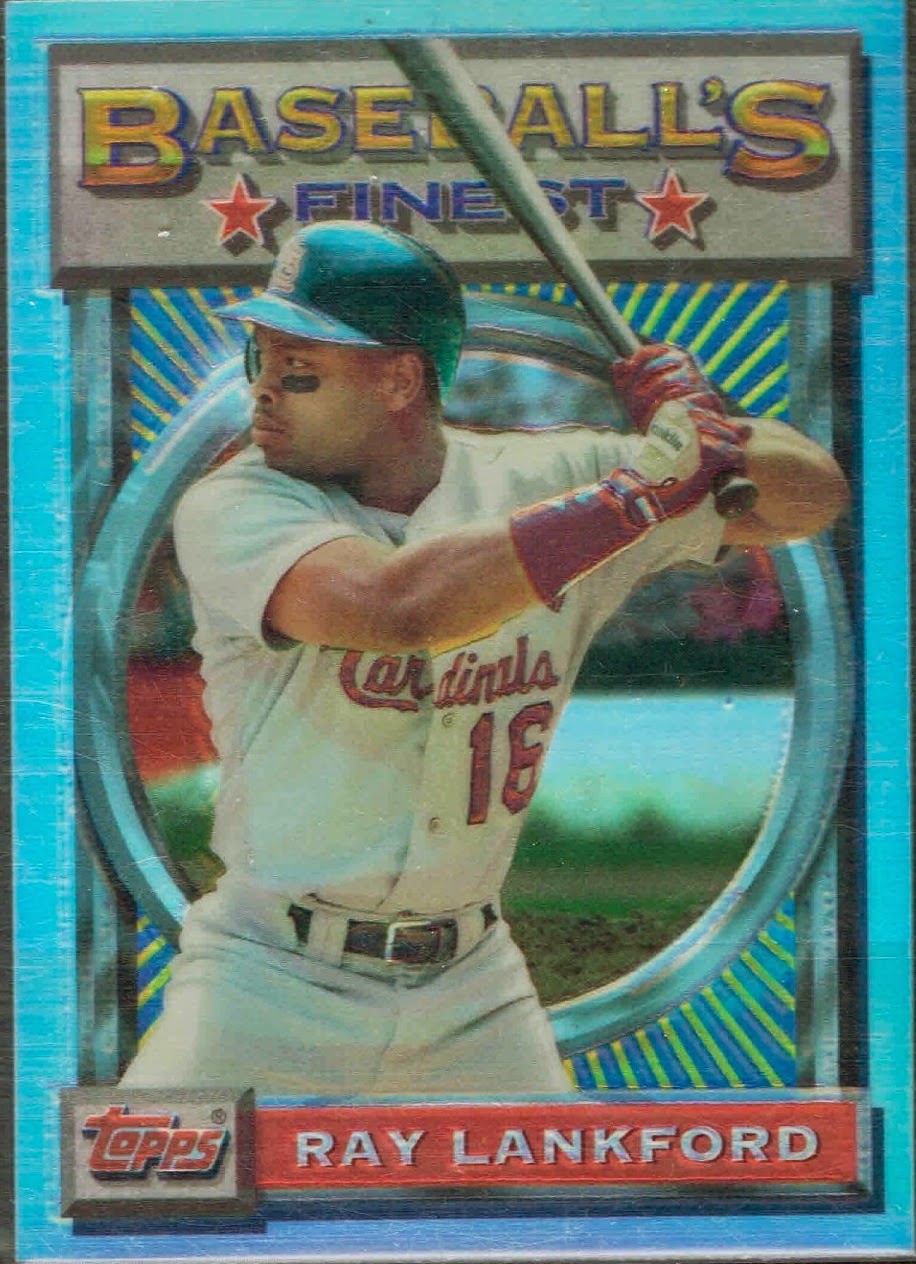 1.  1993 Finest- SP was a nice set, but this was the best of the super premium products issued in 1993.  It's not too hard to make an argument that this is still one of the best super premium sets twenty years later.  The cards, especially the hard to find refractors, are still highly desirable and sell for lofty prices frequently.  Even the refractor versions of the common cards sell well and sell at a premium.  Simply put, this set is a modern classic.  If you do not own any cards out of this set you should go out and find something cool out it.