It's been a slow week around my blog this week mainly because it's been a busy week around my house getting ready for the holidays with decorations and presents.  It's also been the final week of school for this quarter which is always busy.  Throw in a wife under the weather and a 70 degree day yesterday and I have spent a huge chunk of my weekend chasing a three year old around a few parks around town. 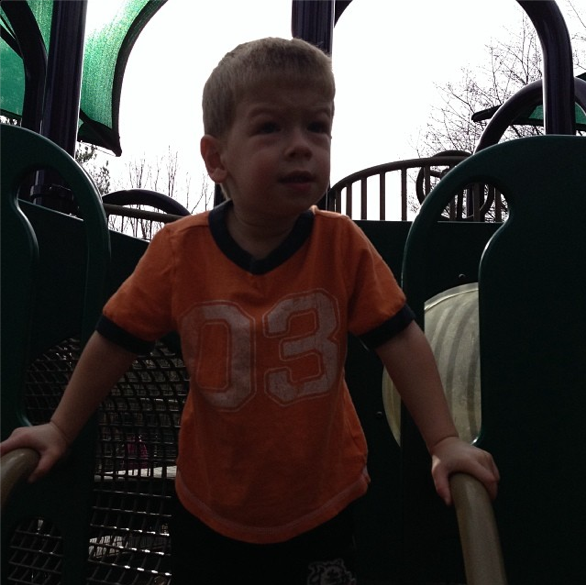 The little guy and I made a deal yesterday morning that I could visit my favorite new card shop in exchange for a trip to his favorite park which features a giant green concrete dragon.  Seemed like a fair trade, so I made my second trip into Big D's Sports Cards.  The owner Jimmy was awesome again and helped me pick out some more awesome cards for the collection.

During my first trip I spent my time focusing on Rays/Durham Bulls cards, but branched out a little bit this visit and added some Cardinals pieces too.  So, without further delay here'a look at my new cards: 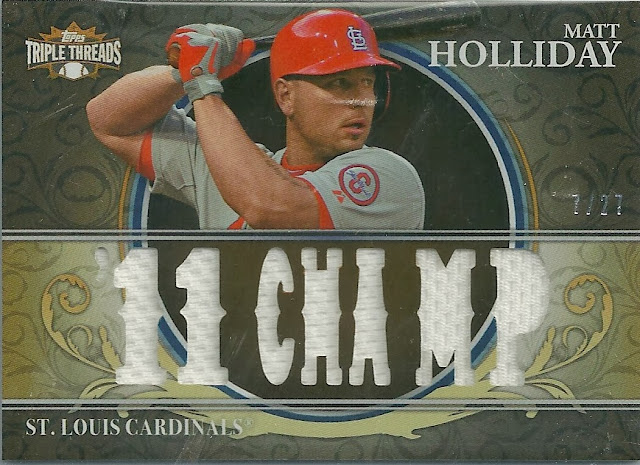 Jimmy actually picked this up at a show he attended last week.  I have another version of this card numbered out of 36, but this one is numbered to just 27 and also features his jersey number 7 on the card.  I am not super huge into the whole "Ebay 1 of 1" thing with cards being numbered 1, last print, or to a jersey number, but when I find them and there's not a ridiculous premium attached they are cool.  I paid for a Triple Threads Matt Holliday card which is a great price to pay for this awesome card. 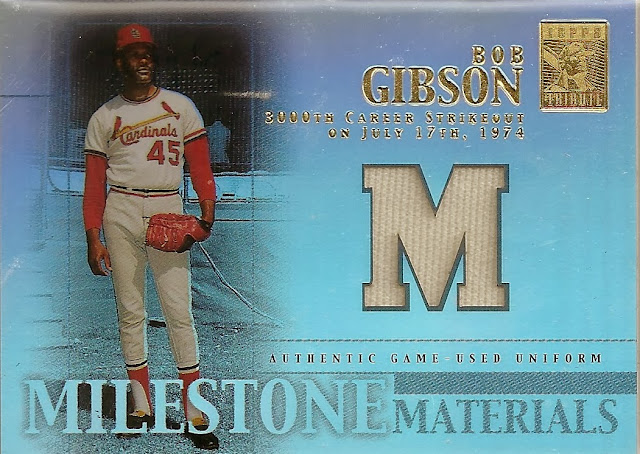 A Bob Gibson jersey from a good set is pretty self-explanitory.  I actually saw this the last time in the store and gave it some thought.  Yesterday I pulled the trigger.  Cool card from a cool set. 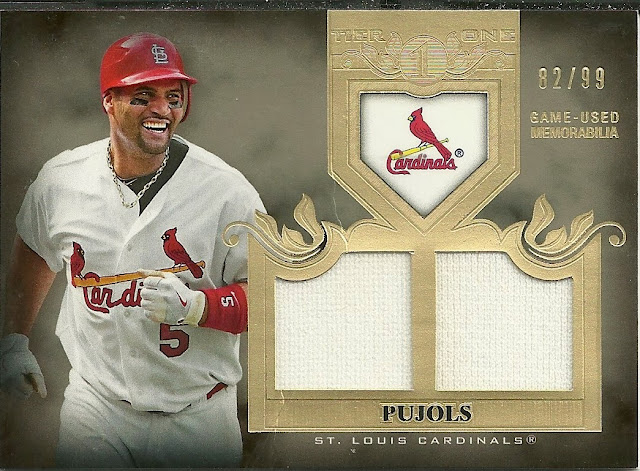 My interest in Albert has died down, but I will always look and listen when I see something cool.  This is a pretty nice piece. 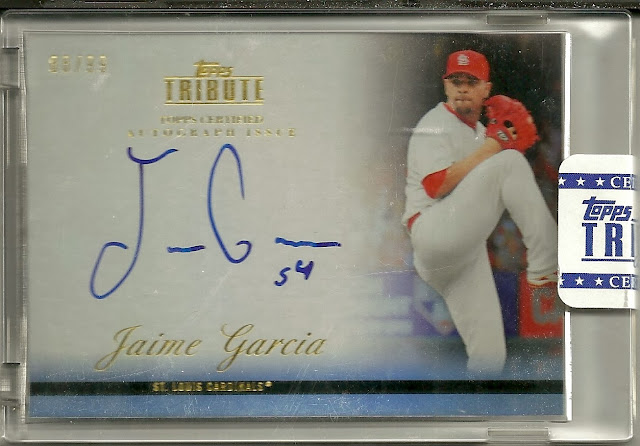 Hoping Jaime can bounce back this year if he fits somewhere in the middle of Wainwright, Wacha, Kelly, Miller, Lynn, and Martinez.  Cool card from a cool set.  Next up, two Longos..... 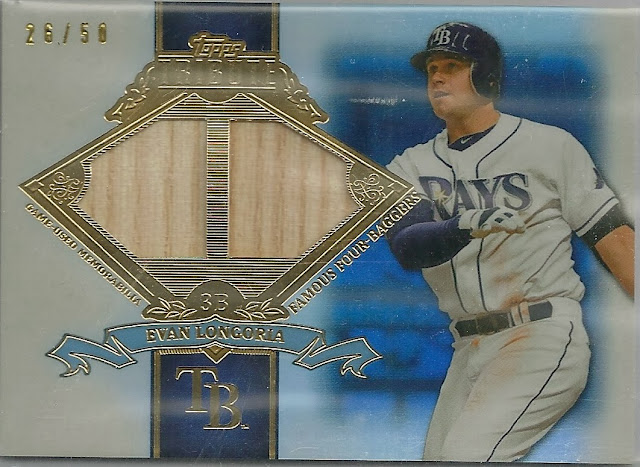 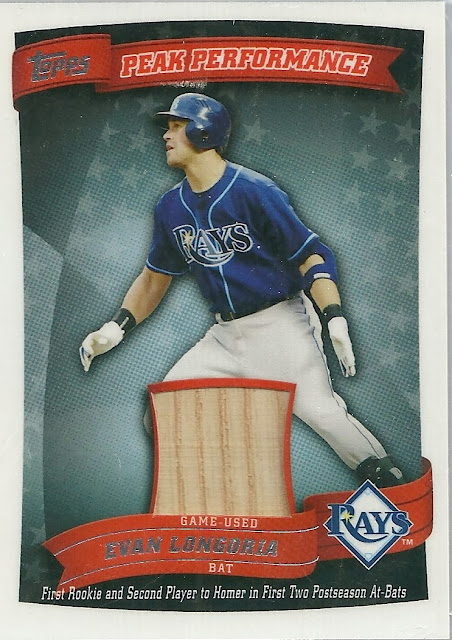 and finally, I always go out on the limb for a card.  Last time it was a great looking Tulo quad from the Topps Museum set.  Not starting a Rockies collection or anything, but could not pass up adding a nice piece from Triple Threads featuring Carlos Gonzalez.  Sweet card. 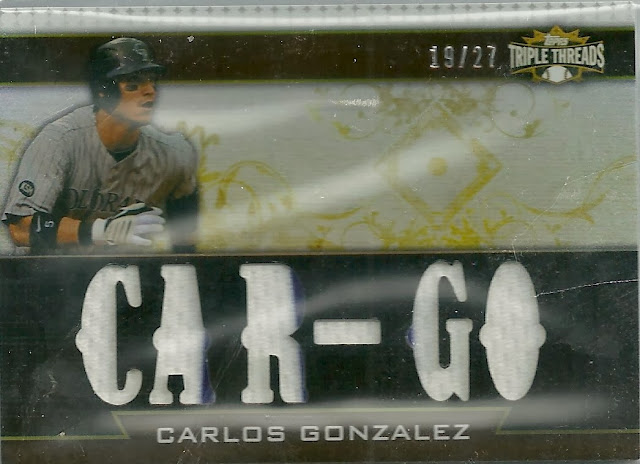 It was a good Saturday at Big D's, a little rushed with the little people, but I am really happy with the cards I picked up.  A return trip is definitely in the works before I go back to school in January.  Speaking of return trips, Big D is hosting a Trade Night later on in January.  I am in and hope if you live in the Raleigh-Durham area you will take a little time out of your calendar to stop in and trade a few cards.  Link above, picture with details below. 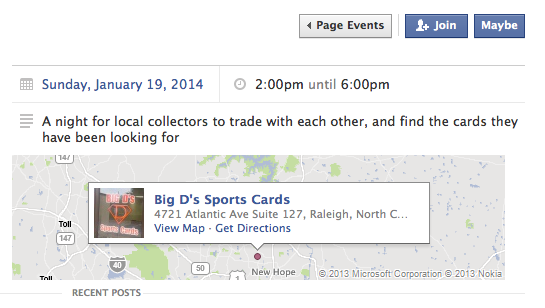