A Giant Project: Where Are We? 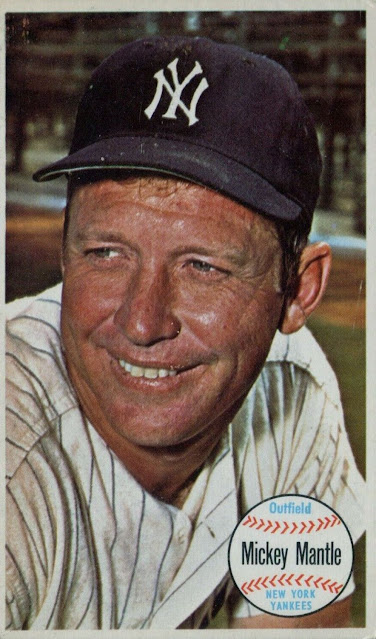 I could feel the positive momentum after posting this Mickey Mantle card.  Nothing was going to stop me from finishing this set off by the end of the summer.  After all, this set has a small checklist and the Mantle card is one of really challenging cards in the 1964 Topps Giants set.
A few more tough cards and thirty easy to find commons?
Slam dunk. 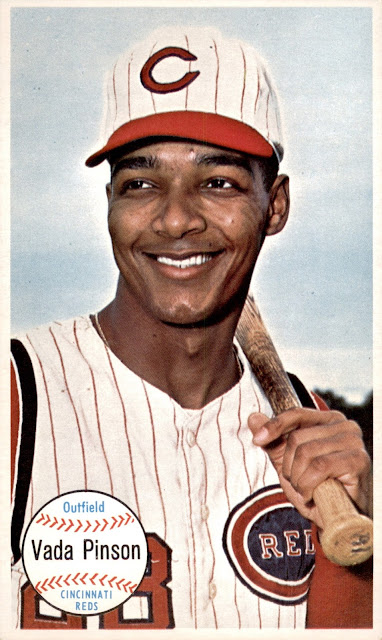 Great photo on the front of the card.  I love the sleeveless Reds uniforms from this era.  I also noticed that Pinson is holding a bat with the number 18 on the knob, rather than his number 28.  I went to look up the player with that uniform number, which belonged to Gordy Coleman.  He's a well-known player in these parts.
Quick side story and interesting ACC sports factoid about Gordy Coleman. 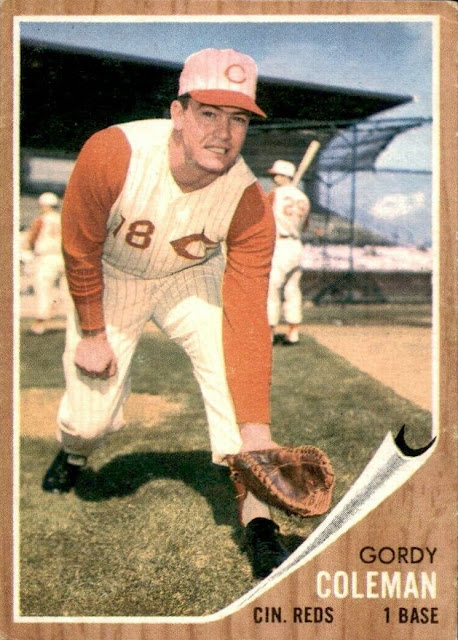 Gordy was the Reds first baseman for most of the 1960s, before being replaced by Tony Perez.  Prior to playing with the Reds, Coleman played both baseball and football at Duke University in 1953.  That was the first season that the ACC played football and Coleman helped the Blue Devils to a perfect conference record.  Duke was the first team to win a conference title in the ACC in football.  Shocking.  Gordy Coleman dropped out of school the next year to play for the Cleveland Indians, who later traded him to the Reds.
Back to Vada Pinson. 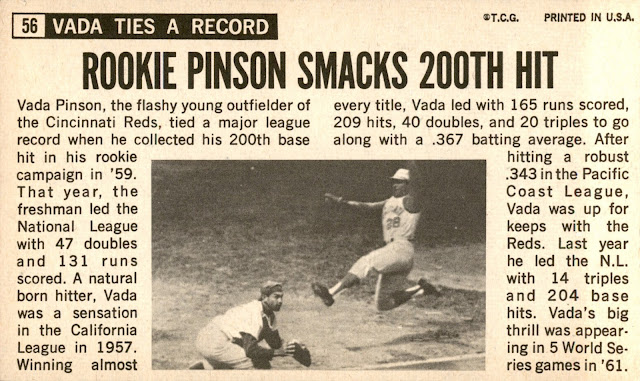 The picture of Pinson flying into home is incredible.
However, this is another card back that spends time talking about a good Major League player's career in the Minor Leagues.  Why?  Yes, they gave some highlights from the Majors mixed in there, but Vada Pinson was a really good player in the early 1960s.  There was nothing better to talk about than his stats in A Ball?
Prior to 1964, Pinson had already hit over .300 three different times, led the league in hits twice, led the league in double twice, led the league in runs once, made two All-Star teams, and also appeared in the 1961 World Series.  Yes, some of this did end up on the card, but there is no reason to talk about his career in the Minors.  He's not quite a Hall of Famer in my opinion, but I have heard some good arguments over the years for including him.
Next. 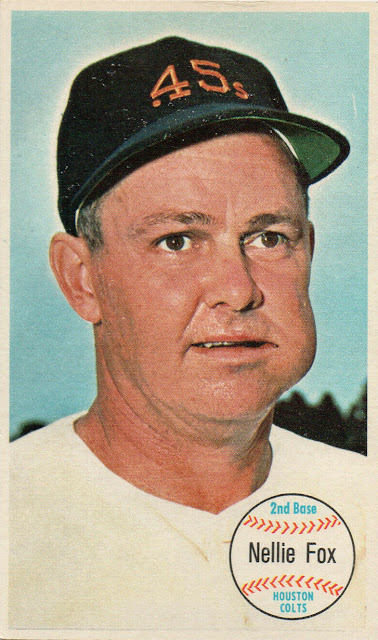 Picked up another Hall of Famer from the set, Nellie Fox.  This is a really odd card for me.  Nellie Fox is one of those players who only looks right in one uniform.  I know he played for the early Colt 45s/Astros teams, but to me, Nellie is always a White Sox player.  He is still got a big wad of tobacco in his mouth, which seemed to be a frequent feature on his cards during the 1950s.
Back of the card. 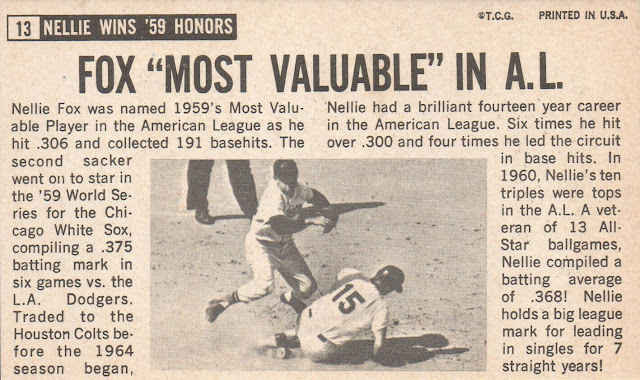 This is one of the better cards of the set.  No Minor Leagues and a solid write-up on what made Nellie Fox a good player.  For a guy at the end of his career, I dare say this is a good career summary if you did not know anything about Nellie Fox.  I even like the picture of him throwing the ball over the runner sliding into second base. The only way to improve this card back would be to squeeze Luis Aparicio into the picture.
Posted by The Snorting Bull at 9:03 AM