This is a shiny card that scanned poorly.  Just imagine the surface to be shiny rather than covered in little bits of whatever is on my scanner or the sleeve on the card. 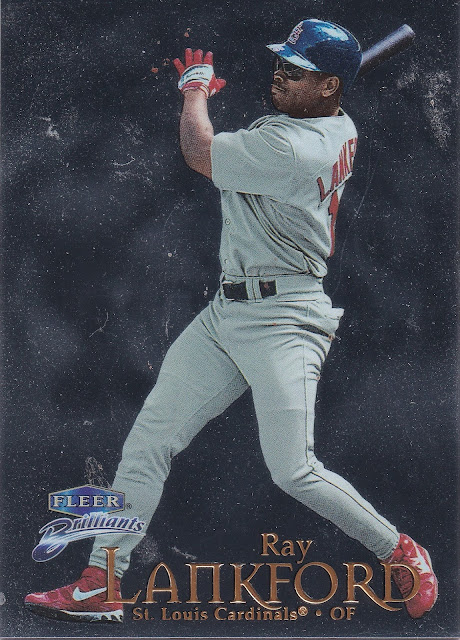 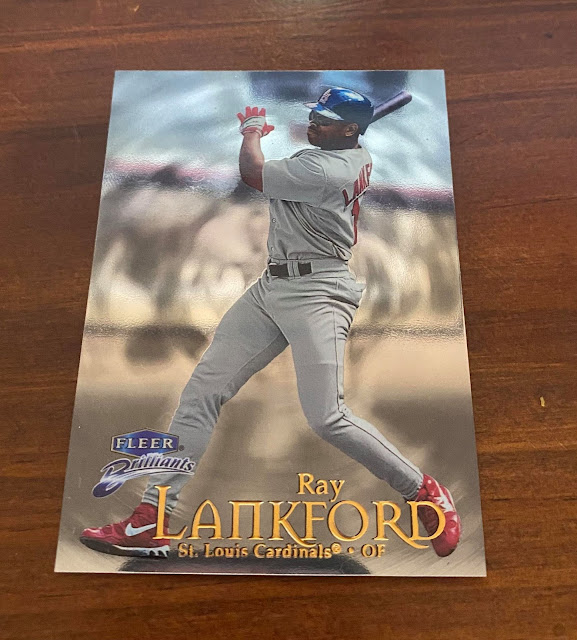 Much better look at the card.  I always like looking at the backgrounds of cards to see other players, the stadium they are playing in, fans, etc.  Typically, I am not a fan of card designs where the background is completely removed from behind the player.  However, I really like this card with the reflective material and the swirl pattern behind the player.  I like the gold font color on the bottom, but the font itself is not my cup of tea.

It looks like it was borrowed from a map insert of Narnia book. 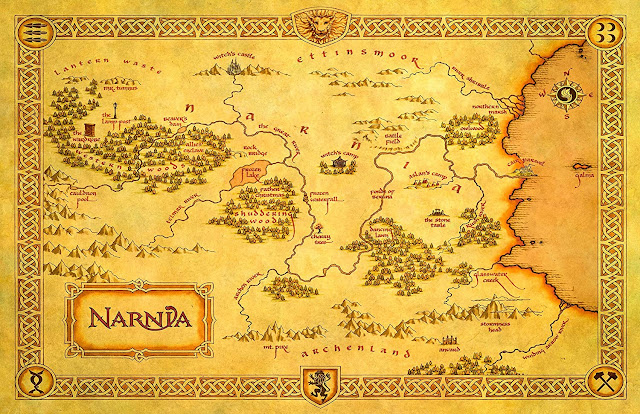 I am not a big fan of C.S. Lewis.  When other teachers tell me they are reading their class one of the Narnia books, I usually feel sad for the students in that class.  Maybe my dislike of C.S. Lewis is influencing my dislike of the font.

It's a small thing.

The back of the card scanned much better than the front. 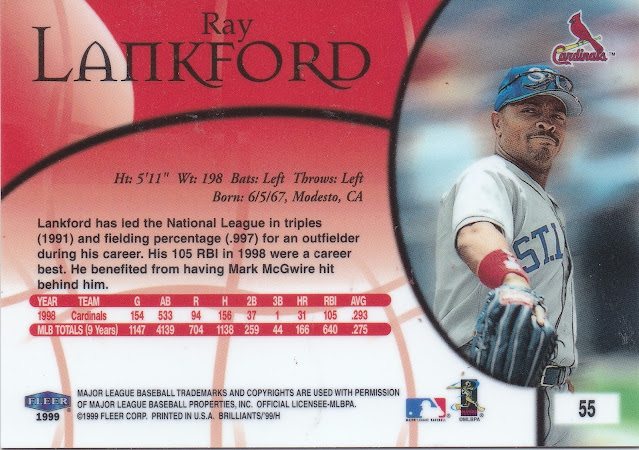 Yes, I read the small write-up about Ray Lankford's career above the stat line on this card.  I am going to bring that Justin Timberlake deep stare gif back down to this section of the post.  Google was not really popular yet in the late 1990s, but there were several other popular search engines.

Where did Ray Lankford bat in the line-up in relationship to Mark McGwire?  Every Cardinals fan who watched the team in the late 1990s does not even need a search engine to answer the question.  Let's look at a few pictures with Mark McGwire and Ray Lankford.

They are both in this picture.  Where is Ray? 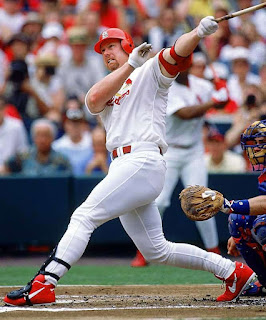 He's on-deck.
Here is another picture of Ray Lankford and Mark McGwire.  Where is Ray? 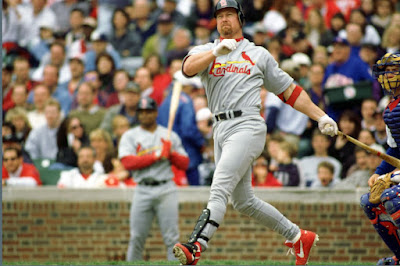 Remember, the internet can be your friend.  I really do not like when card companies miss facts that are really easy to find on the internet.  Someone wrote it, apparently no editor actually checked it.  McGwire batted third, Ray Lankford hit fourth, and some combination of Brian Jordan, Ron Gant, or Fernando Tatis batted fifth.

On to the best part of the back, which is the small picture on the side of the card. This picture is from a game between the Cardinals and Braves played in 1999 where they celebrated the former Negro League teams from Atlanta and St. Louis.  The Cardinals wore the uniforms of the St. Louis Stars.  To Fleer's credit, they actually used pictures from this game on a lot of the Cardinals cards in their 1999 products.  Ray Lankford has several cards with pictures from the game, including two where it is the primary photograph used on the front.

I will use one of them on the next Random Ray card.

Posted by The Snorting Bull at 1:20 PM