Picked up a few new Topps Giants cards for my set project.  There are a total of four cards in this post, they were all pretty easy to find and inexpensive.  My next update is going to have some really good names.  Thought about waiting a week, but I think the next group of cards deserve their own post.

First up for this post is Reds pitcher Jim Maloney. 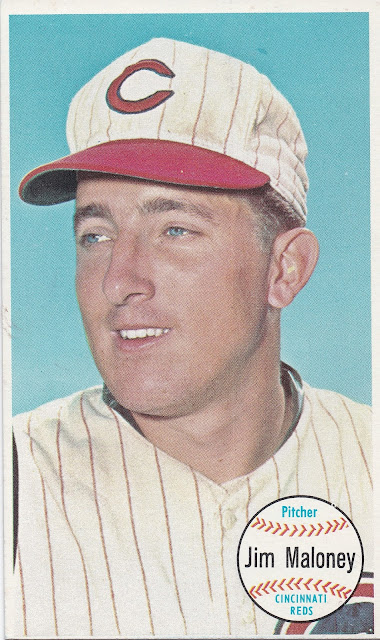 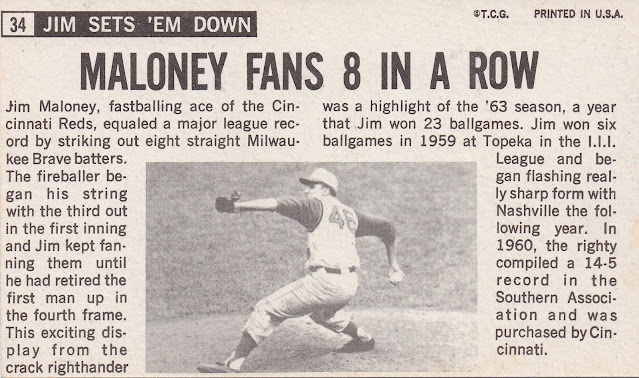 Solid player.  Made a few All-Star games, struck out a ton of batters.

Next up is Bob Bailey.  I know him mainly as an Expo in the 1970s, but he started out with the Pirates in the early 60s.  Kind of an interesting career path.  Here is the front of the card. 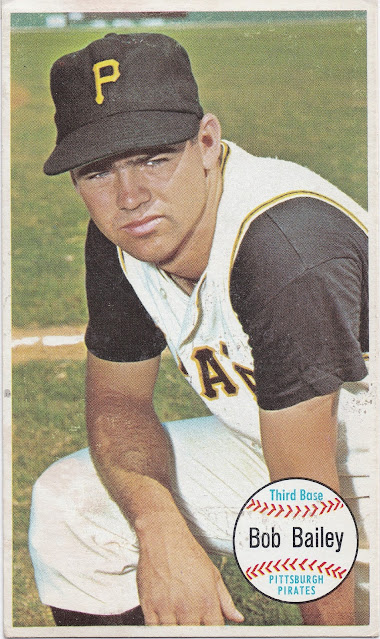 He was much more of a fielder at the beginning of his career who hit the occasional home run.  Then he got sold to the Expos before the start of their first season.  He started hitting home runs in bundles and was one of their offensive stars. 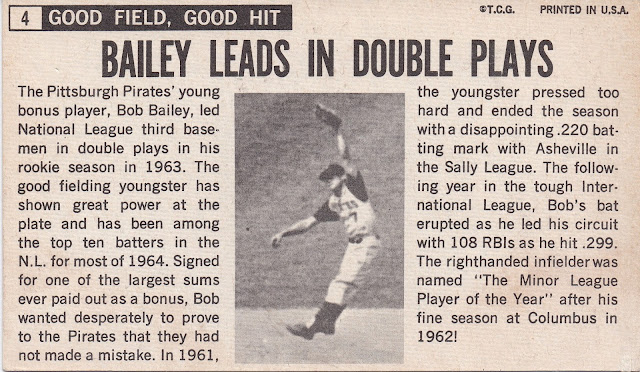 The back of the card focuses on his defense.  The second sentence was generous in describing his offensive talents at this point in his career.  Love that action picture on the back.  Very nice. 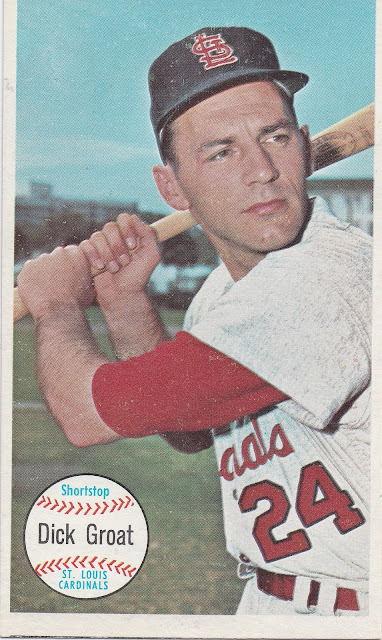 I was a little disappointed in the top to bottom centering on this card.  I bought it from an Ebay seller who had multiple copies.  I paid for one copy, got another copy.  Tried to return this copy, got my money back, and the guy told me to keep the card.  I might replace this one at some point, but for the moment it's staying.
Back of the card. 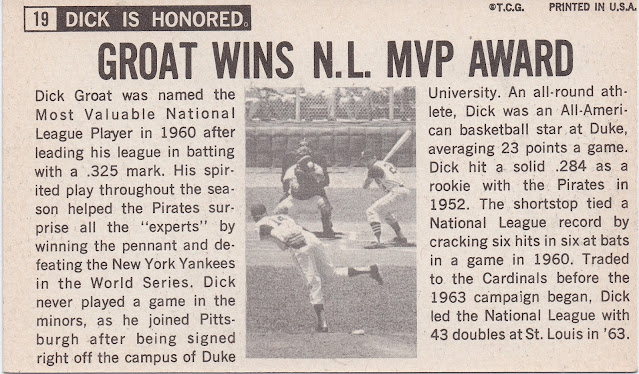 Another great action shot here with the pitch almost over his head.  I also like that the mention his basketball career at Duke on this card.  Groat's career with the Pirates was far more notable than his time with the Cardinals, but he did win a World Series with them in 1964. 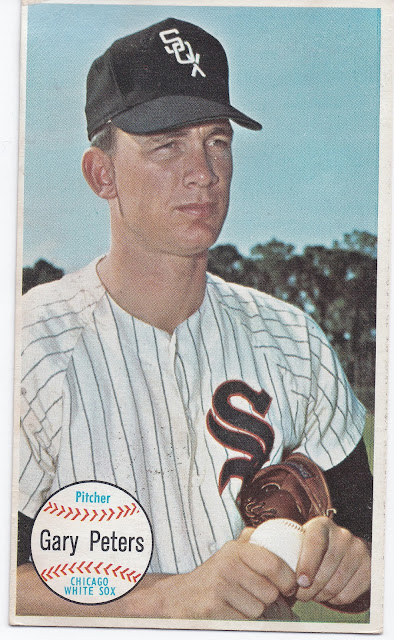 I did not know too much about Gary Peters before writing this post.  He had a really good beginning of his career, but was out of baseball by his mid 30s.  He won the 1963 American League Rookie of the Year, two ERA titles, and once won 20 games.
Back of the card. 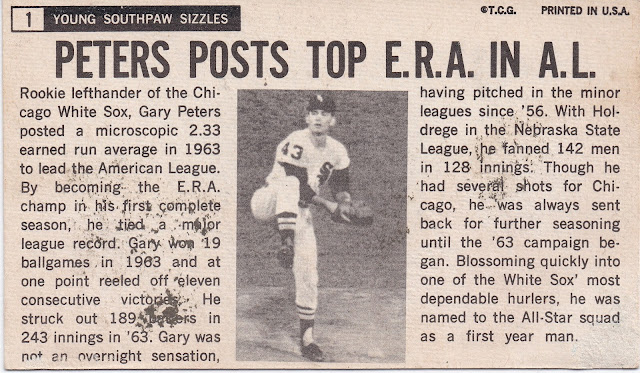 Here is my updated checklist.  I have 14 out of the 60 cards, roughly a quarter of the set.  A few new cards will be posted next week, a good name or two is included in the next group of cards.

Posted by The Snorting Bull at 8:55 PM