Shout out to Dave G. on Twitter for the title of the post.  I am breaking this down into two posts that I am going to run today and tomorrow.


I have spent much of the last week alternating between getting outside and getting some fresh air, and sorting out baseball cards.  I have made some random posts over the years showing off some of the cards that I have been organizing, but not really gone too in depth about what I am doing with my collection.

Let's rewind a few years back to 2013.  Not the best picture quality. 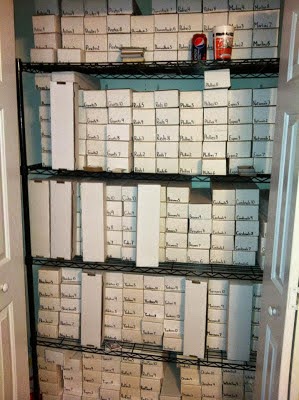 So, I changed my sorting system, and broke all of my base cards back into sets starting in 2013.  I even made a post about it.  For awhile in 2013, 2014, and 2015 I would post pictures of set boxes, and even made some posts about some of the sets that I had assembled. 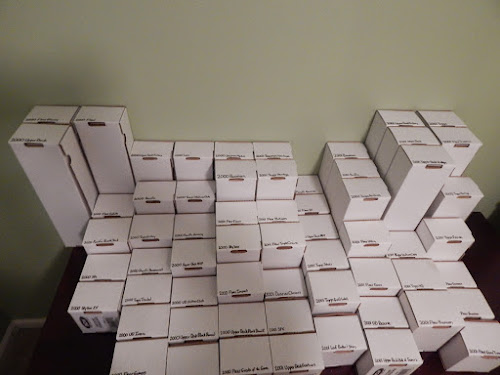 There are a few hundred of these set boxes in a closet in my house.
Then I stopped posting about sorting and breaking my cards into sets.  Why?  I literally stopped breaking my cards into sets for a period of time.  You cannot post about it, if you are not actually doing it.  After awhile, I resumed breaking my cards into sets, but did not take the time to actually organize the cards into order.  Meaning, there are still hundreds of more sets that I still need to put together from when I started this project back in 2013.
I am really good at big ideas, but not always really good at filling in the details to make the big idea happen.  So, I took some time a year ago, and I filled in some of those details.
I am now back to sorting out the rest of my sets. 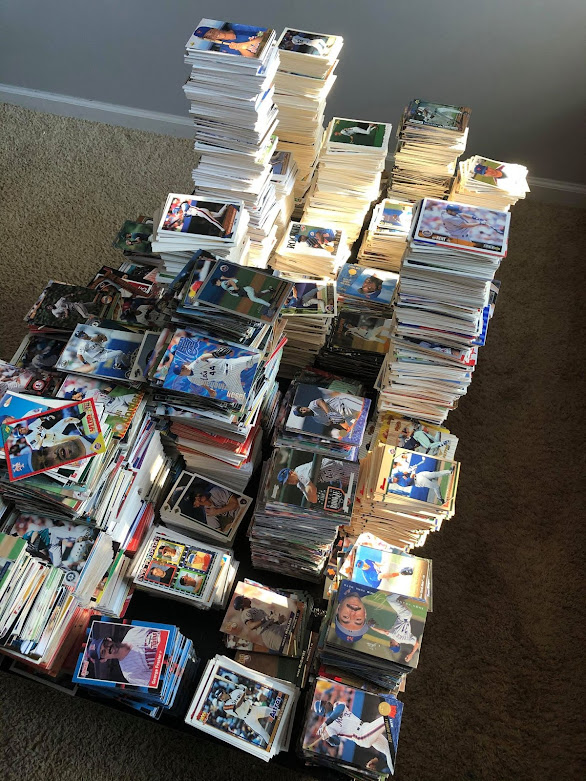 I am working my way up from the mid 1990s, with most of my older sets sorted.  My sets from the past decade are also sorted, so I am really looking at about 15 years worth of cards that need attention.  Many of them do not actually require too much work.  There is still plenty of work to do, but not as much as it sounds.  As you can see from this picture, many are already sorted into stacks by set, and just need to be put in order.  Luckily, I have a little bit of help with this task, which has really helped me get these done faster. 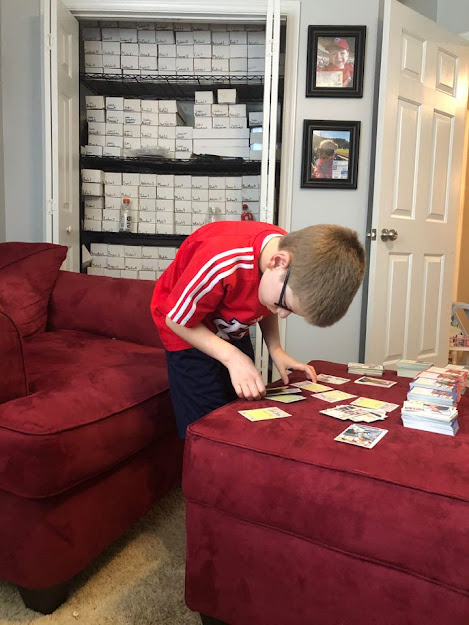 He even puts the boxes together for me when we are done sorting out a set. 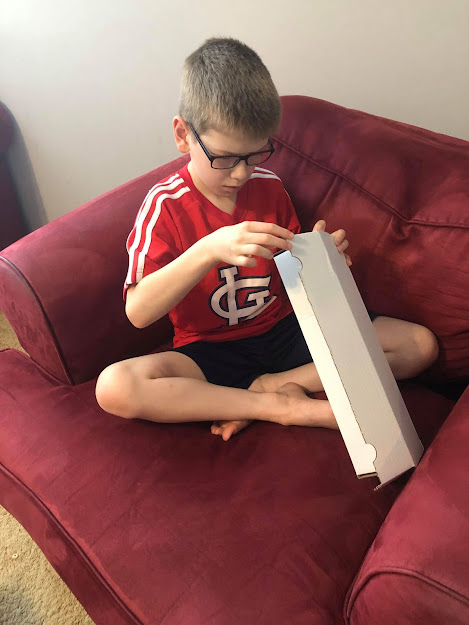 The number of boxes needed, along with the amount of money they took out of my baseball card budget was a major issue when this started.  I was also still trying to buy current releases at the time I started this project, so it really became impossible to continue to buy new cards and buy the boxes to hold all the sets.  I have given up on collecting new sets, only single cards these days, so there is plenty of money in the budget for boxes at the moment.
This weekend we ended up putting together about seven or eight different sets from the cards that were pictured on the table above.  For me, it's fun to look back at all the old sets.  A few that I worked on the last few days..... 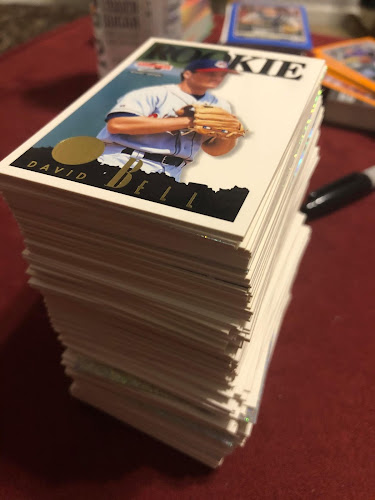 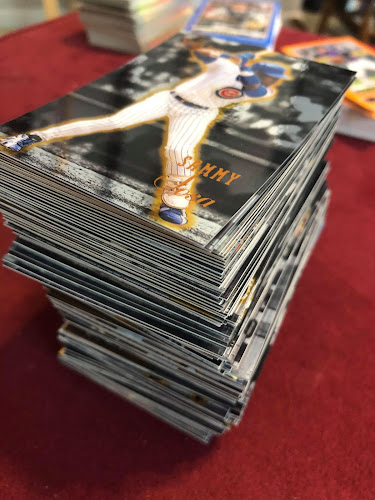 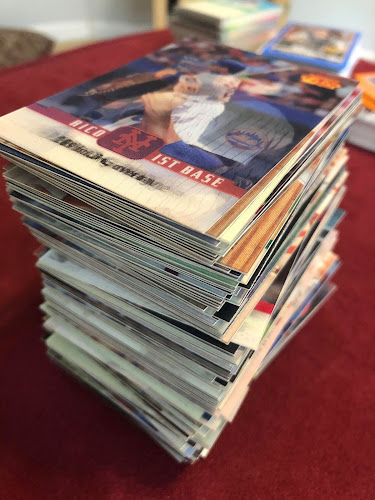 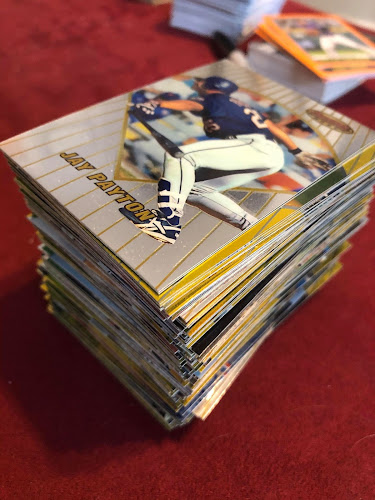 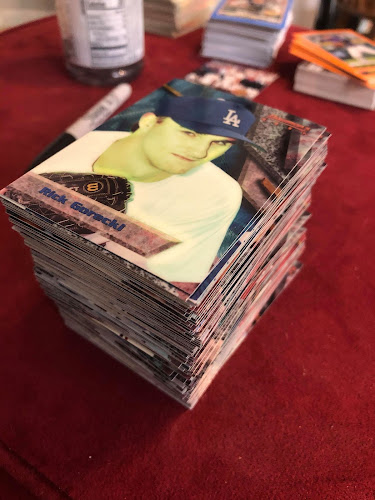 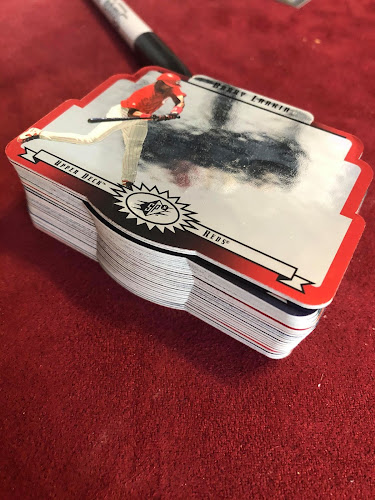 There are also some really good finds within the stacks of cards.  Again, some that are just enjoyable cards to look at for sentimental value. 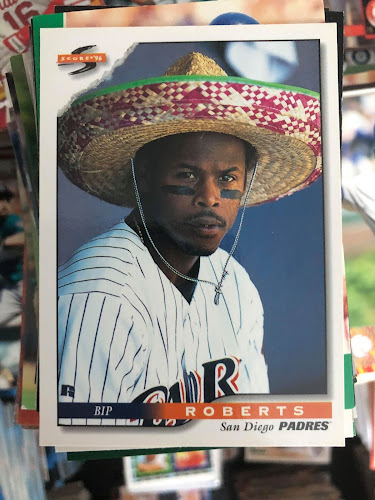 Some have rookie cards that were once really valuable.  They still have value in spirit, even if I can no longer sell them for a bunch of money on Ebay. 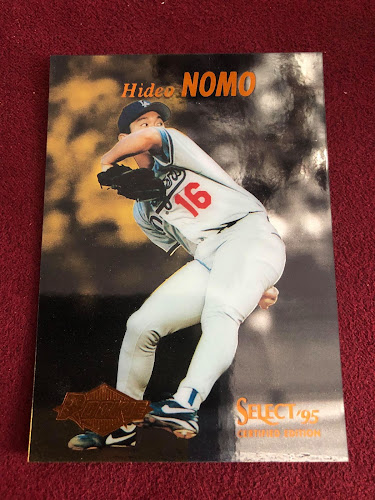 There are a lot of sets where I also have not sorted out the inserts, so they are mixed in with the base cards.  There are many that I remember pulling out of packs, or getting from card shops, but there are also plenty of surprises. 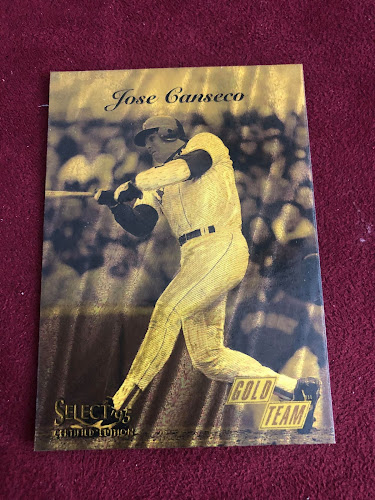 I did not remember having this Canseco insert.  I did not even know that the Gold Team inserts were still popular and sold well.  Who knew?  Not me.
One of the hardest parts of this for me is sorting out the single cards, or stacks that are too far away from making sets.  When I had started this project seven years ago, I had a desk in my baseball card room that I made into a doubles table.  It was impressive. 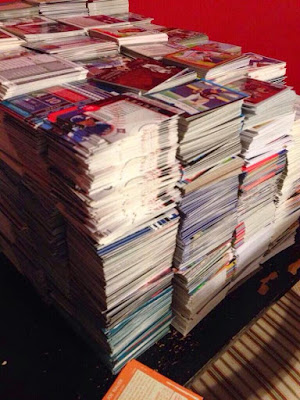 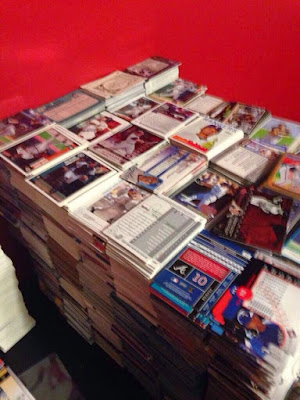 People came over to my house and would take cards, some got traded, others got sold.
The doubles table is gone, but there are still a lot of single cards in my collection without a set.  Some are really good cards.  Last week, I found a Trout rookie or two floating around in one of the piles. 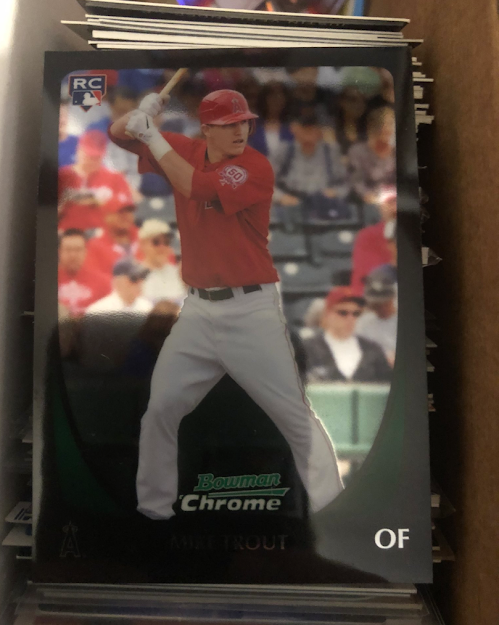 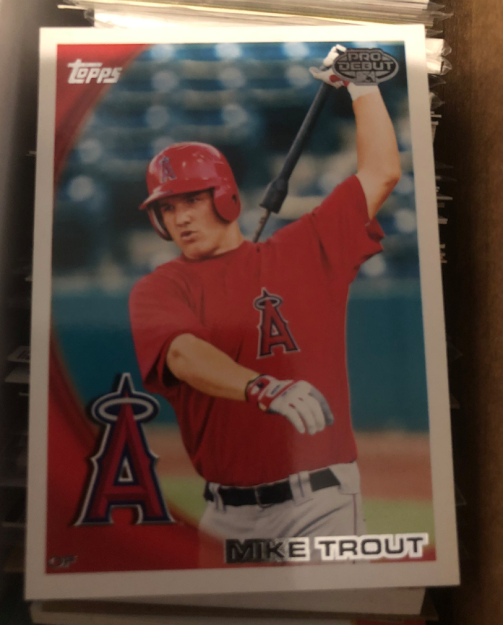 For the moment, I am sorting out the single cards into boxes by last name of the player. 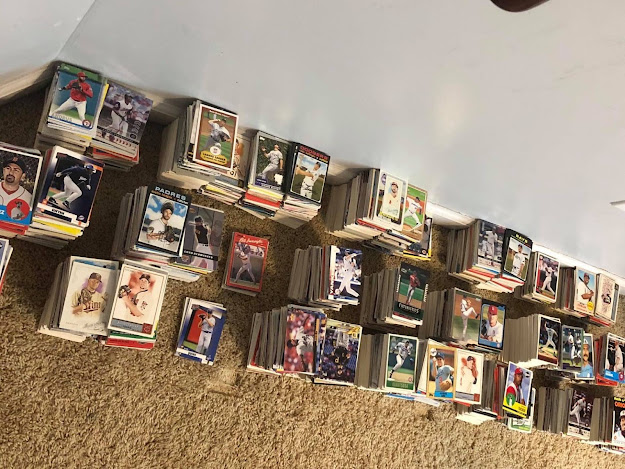 My plan is to sort out these cards out further after the sets are completely finished.  However, I am not putting all of my single cards into these stacks.  I am taking an additional step to separate out good rookie cards, inserts, autographs, and relic cards into other places.
More on the single cards and smaller sets in tomorrow's post.
Posted by The Snorting Bull at 9:06 PM