I had posted a Scott Rolen autograph a few days back.  I had actually ended up with that Topps Heritage autograph through a fellow collector who was also trying to get rid of a few old Fleer Greats of the Game autographs.  I really enjoyed collecting those sets way back in the day, liked the autographs that were in the lot, so I decided to jump at the chance to pick up these cards.  I ended up with five in all.  Here's a look at the cards, all from the 2001 Great of the Game set... 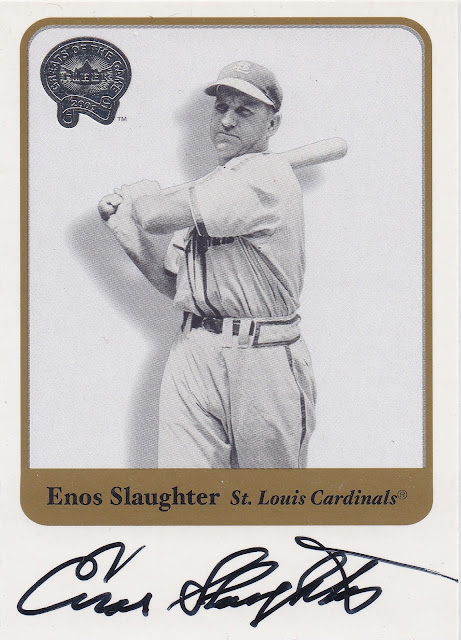 I have a bunch of Enos Slaughter autographs, but I had never picked this one before now.  Slaughter had a really nice autograph and this one is generally his roughest signature on a certified card.  At the time this set came out the Roxboro, North Carolina native was fighting Lymphoma.  While it's not his best signature, it's one of his last.  I like the black and white photo on the card too.  These were the simplest design of the Greats of the Game set, but I think the simplicity works well. 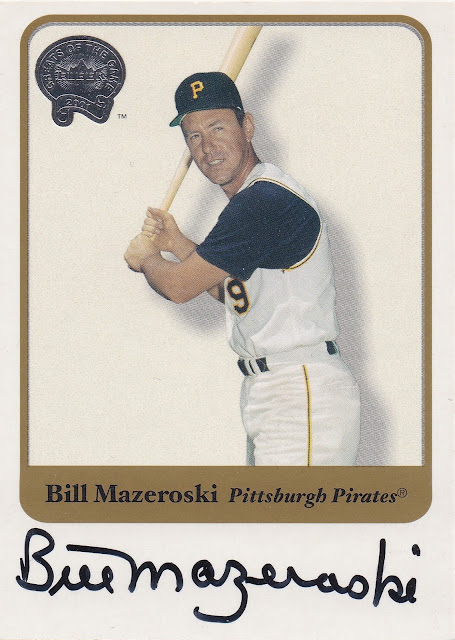 So this is where I am a little bit lost on the design of this set.  The Mazeroski autograph above has a color picture.  The card still looks really nice.  I thought perhaps the color/black and white pictures were based on when they played, but Orlando Cepeda's career lined up almost exactly with Mazeroski and he had a bacl and white photo.  Same with Killebrew at the bottom.  Let's just enjoy the autographs.  Prior to this card, I did not have a Mazeroski autograph.  His signatures are never expensive, nor hard to find, just never got around to picking one up. 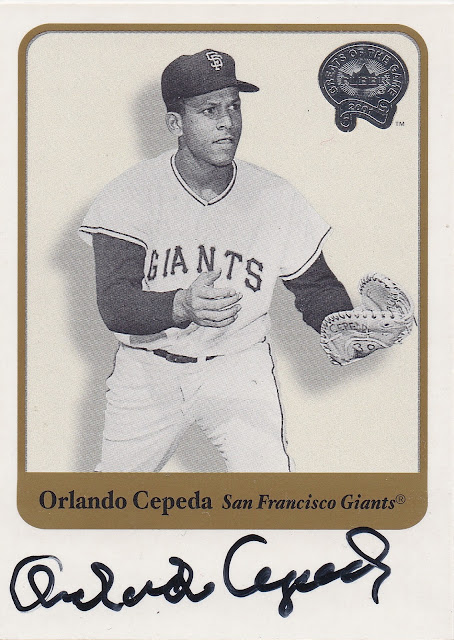 I have other Cepeda autographs, with the Cardinals, but I liked the look of this card.  Obviously a younger version of Cha Cha at the beginning of his career with the Giants. 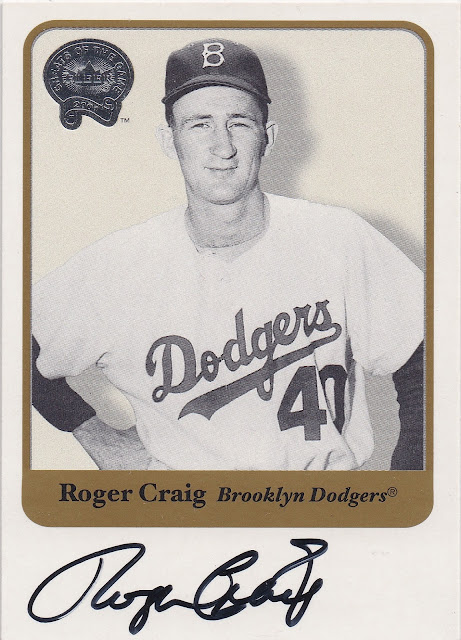 This is my only duplicate out of the lot.  Roger Craig is a Durham native, so I have picked up a few of his autographs over the years.  I remember Roger Craig best as the manager of the Giants when I was a kid, but as I have gotten older I have run into him as sort of local sports legend around central North Carolina.  I am pretty sure that three different high school's in Durham try to claim him, he went to NC State, and every baseball fan I have ever met from North Carolina over the age of 65 saw him pitch locally in the minor leagues. 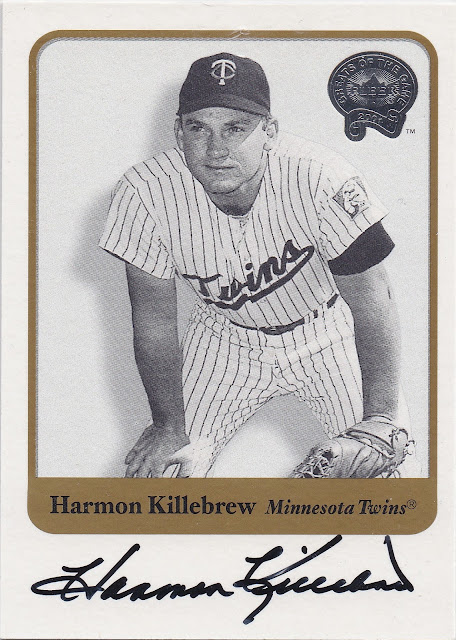 Not my first autograph of the Twins Hall of Famer, but Harmon always has a nice autograph.  Great looking card.

Posted by The Snorting Bull at 9:00 AM