I am trying to only use base cards on my Random Ray posts, but for today I am going to use an insert card. I stumbled across a stack of these 1994 MVP Contender cards a few days ago and felt the need to reminisce in a blog post. These were really popular back in the mid 1990s and were inserted at just 1 per box and limited to just 10,000 copies.  Those numbers sounded super scarce back in the day.

Not exactly a rare insert after all and these sell for roughly $1 on COMC and Ebay.

I am going to go ahead and post the more exclusive "Gold" copy of the card, which is even more limited at only 5,000 copies. It's so limited that it will cost you an extra $0.50 to buy it. The Gold copies were actually a redemption card that you could get by mailing Leaf two of the regular MVP cards.

This feels so exclusive. 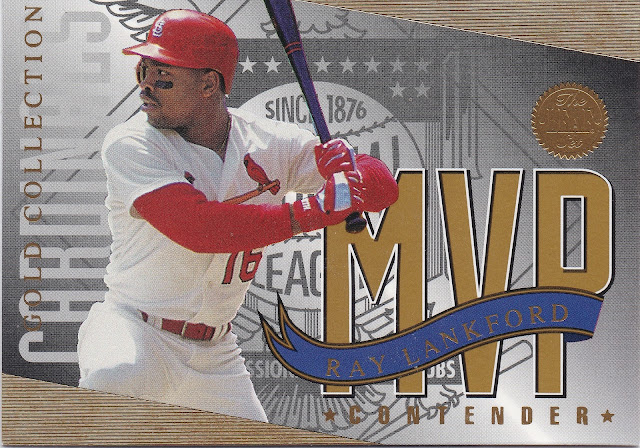 I like the overall design of the card with the National League logo in the back, done in greyscale, with a color photo of Lankford over the top. Maybe I am partial to the red, but I think the bright colors on the uniform actually help this card have a little more pop with the higher contrast. I also have a copy of the Andres Galarraga card from this same insert set, which is a good looking card, but lacks the color contrast with the black and purple Rockies uniform. 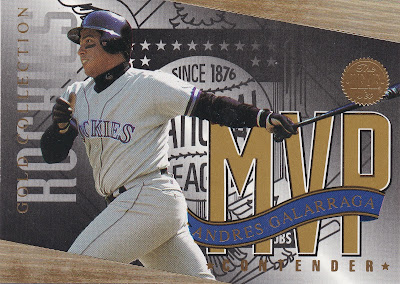 Still a nice card, but you can compare the contrast between the two cards. Andres Galarraga was also briefly a Cardinal in the early 1990s.

I am not always huge on large text, but I actually do not mind the large MVP text on the side of the card. 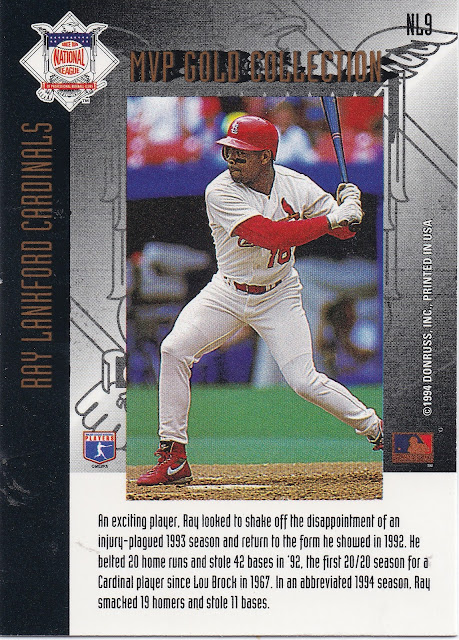 The back is a little thrown together with the National League logo tying together the two sides of the card. I like the gold letters on the top and side with the black and gray backgrounds. Good color contrast. I also like the effort on putting a full player photo on the back.  It feels like the just threw it on there. The write up on the bottom of the card is nice making a connection between Ray's 1994 season and Lou Brock's 1967 season.

Small detail. I like the MLB logo that Leaf used on the side of the card. This is the logo that the players wore on their uniforms during the 1994 season. 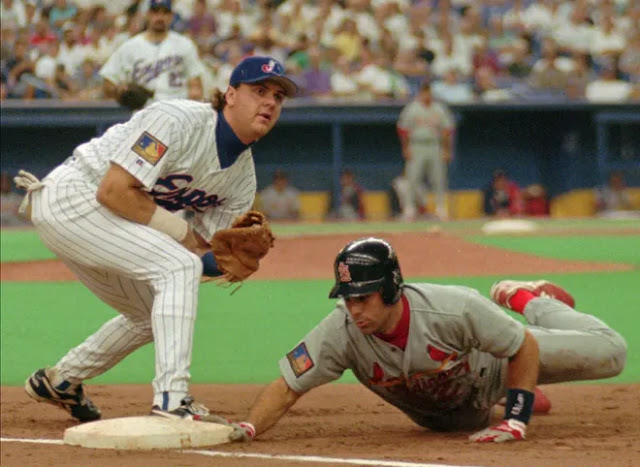 Posted by The Snorting Bull at 8:00 PM