I want to do a few Pujols rookie cards along the way. At some point in the past two years, I did a longer post about all the Pujols rookie cards that have ended up in my collection over the years. Today, I thought I would focus on one of the cards and give a little back story.
Several times in my life I have dabbled with not teaching.
One of those instances came within the first year or two of graduating college. I ended up taking classes to get my real estate license and worked for a Prudential office in suburban St. Louis. I was half-way decent at the job. I worked there for roughly a year and sold (helped people buy) a bunch of houses along the way. Like any job, there were good things and bad things about work. For this post, I am going to focus on the bad.
Sorry, real estate people.
I am not some great real estate sales expert, so maybe this take is completely wrong. Everything that I sold was from a person who was connected to a person I personally knew. Nobody (rarely) ever walked into, or called the real estate office and bought something. Cold calls in real estate are a complete waste of time. Still, the agents at my office were required to spend time each week answering phones at the office.
The majority of the calls were loan officers, underwriters, attorneys, or other real estate agents trying to get ahold of the real estate agents in our office. It was a complete waste of time and likely just a short cut for the broker to avoid having to pay out salary and benefits to a receptionist. It was not the best run ship and is no longer open.
Complete shocker. 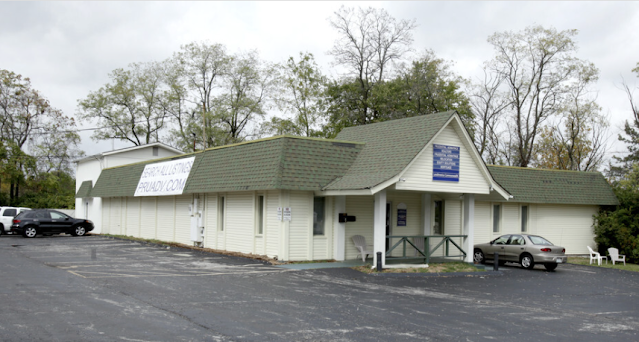 According to the internet, the old office is available for rent for just $585 a month. Whoever took this picture did a great job of not including the gigantic empty lot behind the office that used to be a shopping mall. Don't worry, I have got you covered. 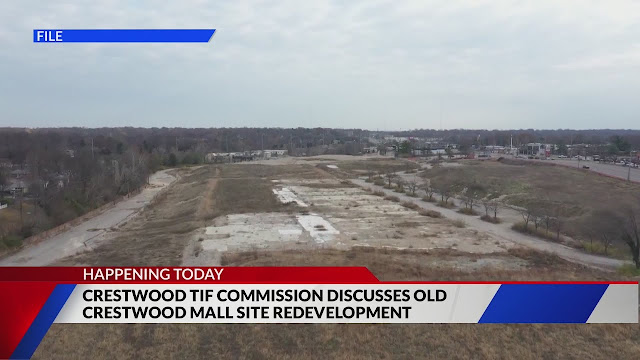 I survived my time playing receptionist at the real estate company many different ways, including opening a few packs of baseball cards. There was a nice little card shop right down the street from my office called "The Sports Card Dugout".  Randy, the owner, ran a great little store. 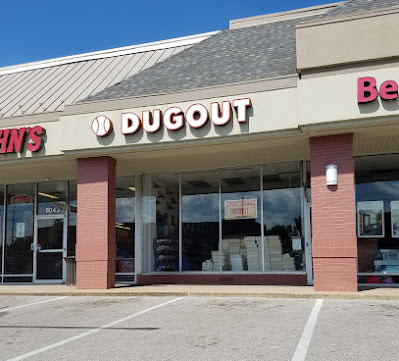 While I do not live in St. Louis any longer, as far as I can tell, the Sports Card Dugout is still open for business. Obviously better run the real estate office.
The worst days to get receptionist duty were Saturdays. Nobody called. Nobody even came into the office. It was hours of sitting alone in an office with nothing to do. Well, expect opening baseball cards, reading some books, and surfing the web.
I pulled my 2001 Upper Deck Albert Pujols card on a Saturday at the real estate office. I already had a few Pujols rookies by the time Upper Deck Series 2 was released, but any chance of pulling one of his cards was a huge deal that summer. Many of his rookies were short-printed and hard to come across. The Upper Deck Pujols rookie was one of his first widely available rookie cards.
I did not miss out.
Here is the card. 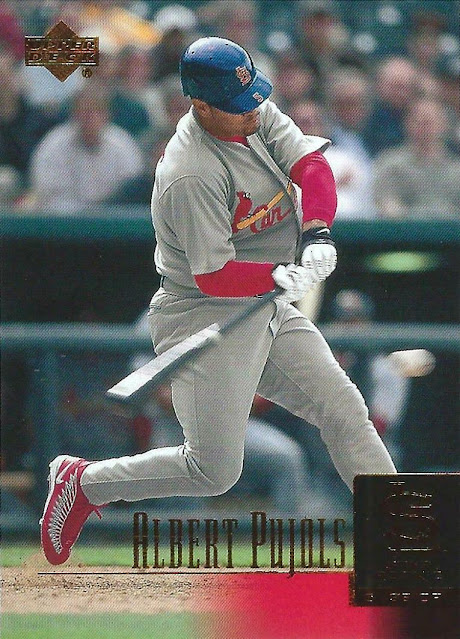 I love the action picture on the front, which was taken in Coors Field. The Cardinals started the 2001 season on the road with the season opener coming against the Rockies. Upper Deck always had great photography, but I love that they got an action photo from within the first few games of the season for this Pujols rookie rather than using a staged Spring Training photo.
Here is Albert's first career hit against the Rockies.
The back of the card. 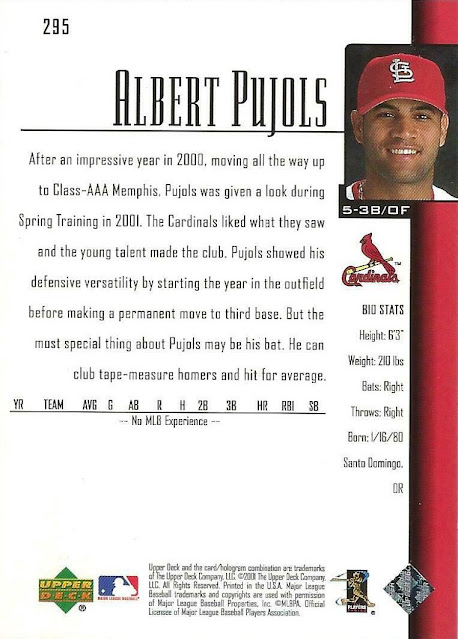 Considering Pujols had been in the Majors for a short time, this is a pretty good little write-up.
Overall, there is nothing flashy about this 2001 Upper Deck Pujols rookie. It's just a solid baseball card from the early 2000s. Over the past 20 years, this card has aged well and is one of the better Pujols rookie cards out there. More importantly, this Albert Pujols card helped me get through one extraordinarily uninteresting Saturday waiting for the phone to ring at a real estate office.
Posted by The Snorting Bull at 10:29 AM