The First Of Many

Not an expensive card or anything rare, but I feel like this card deserves its own post.  As a Cardinals fan, I know that this is going to be the first of many cards that I add to my collection with Nolan Arenado wearing the birds on the bat.

This is from the Topps Living Set or the set that never ends while flooding the market with even more baseball cards that borrow the design of the 1953 Topps set.

Front of the card. 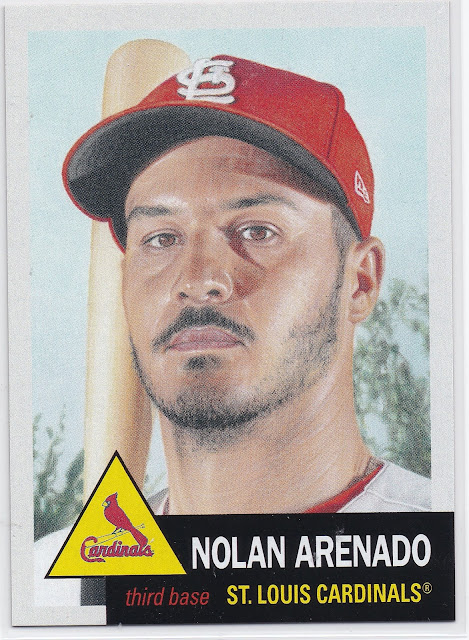 The art on the front of the card is excellent.  I would have been a little worried that this might not have been the best effort given that it seemed to come up quickly after the trade between the Cardinals and Rockies.

Of course, Topps could have had this card in the works with a Rockies uniform and simply reworked the hat and the color of the undershirt.  Not difficult to change. 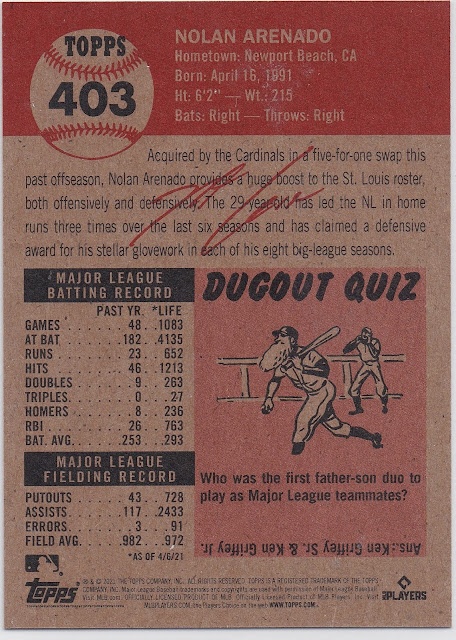 The back of the 1953 Topps cards has always felt a little busy for me.  A lot is going on here.  In the write-up, the phrase "and has claimed a defensive award for his stellar glovework in each of his eight big league seasons" is weird.  Couldn't you just say that he's won the National League Gold Glove Award for third baseman?

Posted by The Snorting Bull at 9:42 AM