The Wizard of Art

Topps has a new art set this year.  I saw the promotional stuff for the Project 70 cards and swore that I was not going to buy a single one.  There are several early cards in the set, which reaffirmed my decision not to spend much time or money of art cards this year.  However, there are a few that have caught my eye along the way.

You know how these things usually go, so I am going back down this path again this year.  Here is my first card out of the Project 70 set. 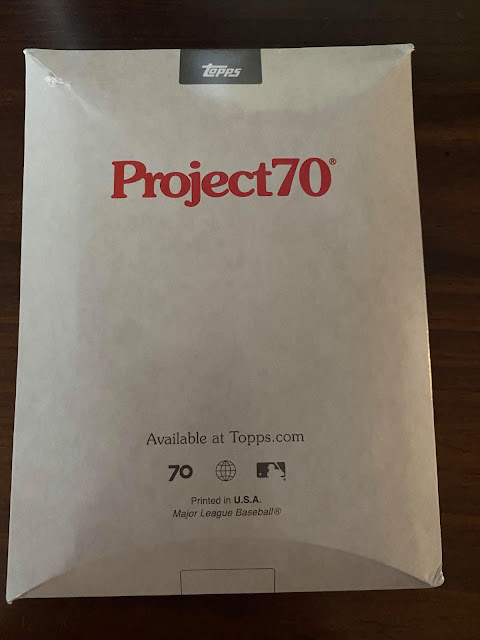 The packaging is similar to the Project 2020 cards. 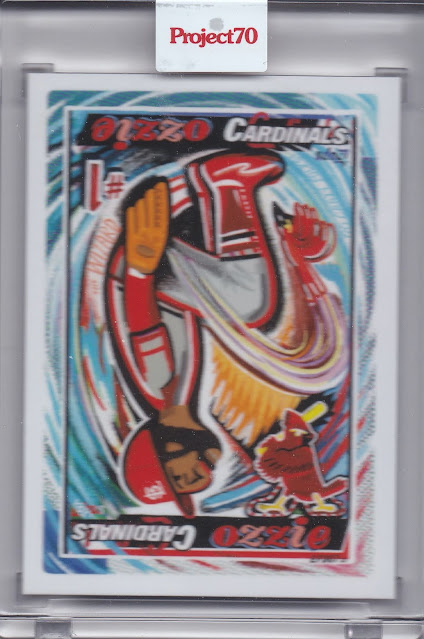 This Ozzie Smith was really hard to pass up, great looking card based on the 1990 Topps set.  I love that the picture shows Ozzie doing a flip, which is one of his trademarks, but I do not think it has appeared on many cards.  He had a Stadium Club card a few years back that showed him doing a flip in front of the Hall of Fame.  Is that it?  Maybe. 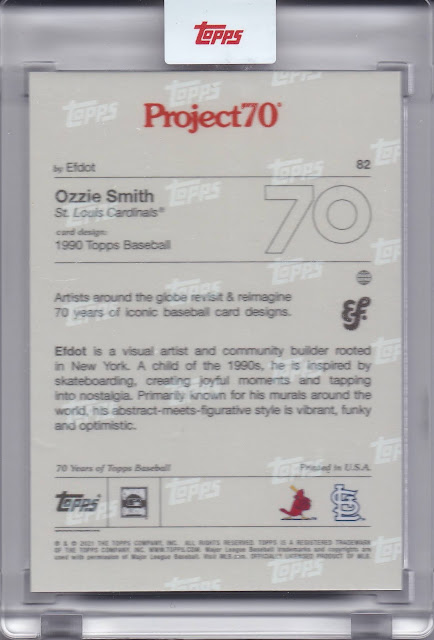 His work last year had a lot of "Easter Eggs" within the design.  The Jackie Robinson card might be the best example with the Army uniform collar, the sports he played at UCLA in the bottom right corner,  the date he played his first game on the bottom left border, and the Kansas City Monarchs logo on the name plate. 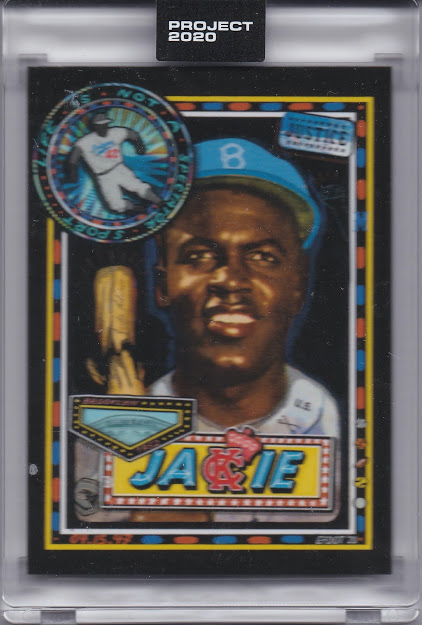 I am probably missed one or two.

The Ozzie card does not have the small details included in many of the Efdot cards, like the Jackie Robinson card, but I do love the fact that you can flip the card either direction and it looks right side up. 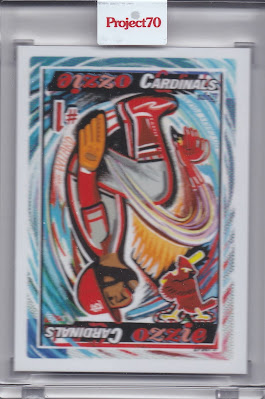 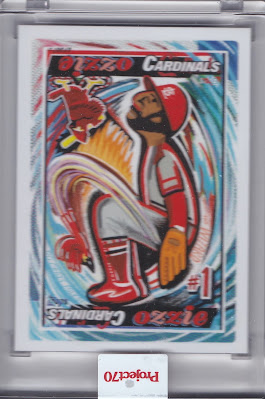 Really well done.
I am sure that there will be a few more Cardinals included in the Project 70 set, so maybe a few more will show up here during the summer.
Posted by The Snorting Bull at 10:55 AM