Let's talk about Jake Cronenworth.  One of my favorite players to recently appear on the Durham Bulls, I don't talk about him enough on here, but there is a good reason.

Cronenworth was on the Bulls in 2019 and had a great year.  He hit for average, got on base, showed a little pop in his bat, and even pitched a few innings as a reliever.  Cronenworth had pitched while he was at the University of Michigan, but the Rays settled on making him a position player.  The great 2019 meant that the Durham Bulls made a baseball card of Cronenworth and put it in the team set. 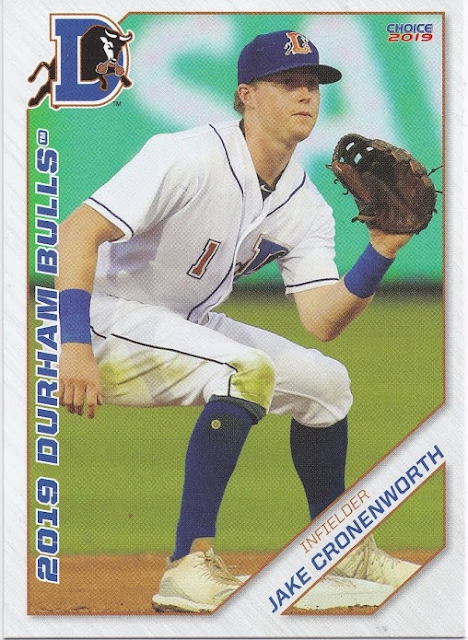 There are not actually many cards of Jake Cronenworth.  He had a card in the 2015 Bowman Draft set, but outside of that, there are only a few Minor League team issued cards.  Cronenworth got traded to the Padres after the 2019 season and had a great 60 games last season.  No baseball cards during the 2020 season, but Topps put him on their Topps All-Rookie team.  I figured that he was going to get a card at some point.

He was not in the base Topps set, but has appeared in both the Inception and Topps Heritage sets.  I have spent time looking at his cards, thinking about buying one.  Just one problem.

This is where I get annoyed. 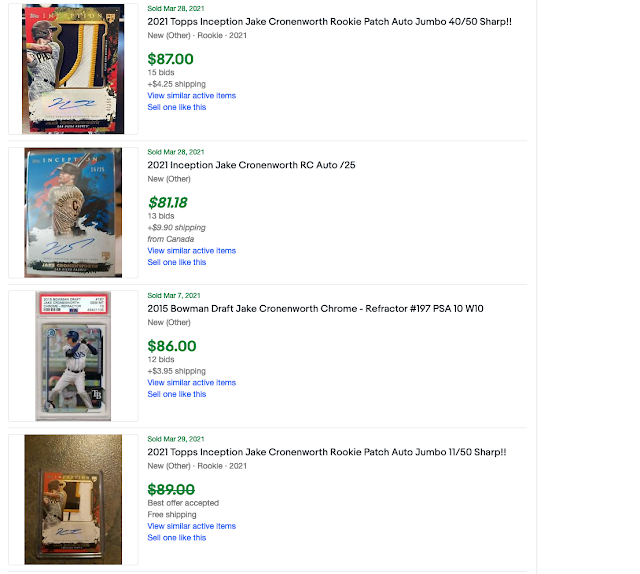 I should buy another Stan Musial autograph.

I didn't, because I really wanted a Jake Cronenworth card, but I created a list of reasons why people should not spend $80 or more on a card of the Padres infielder.

4. He went to the University of Michigan.

Seriously, I hope Jake Cronenworth has a great year in 2021.  I would love to see him and Blake Snell get a shot at winning a World Series with the Padres.  I also hope the Padres let him pitch a few innings this year.

Frustrated at his card prices, I went a bit of a different direction to add one of his cards to my collection.  If you are a long time reader, you know that I am not a big fan of Panini.  Buying a Panini card is usually a last resort.  I love team logos and cards that are actually autographed by the player.  I love when the card says, "Cardinals" or "Padres" and not "St. Louis" or "San Diego".

Welp.  Here is my Jake Cronenworth card from the Donruss set with no logos and an autographed sticker. 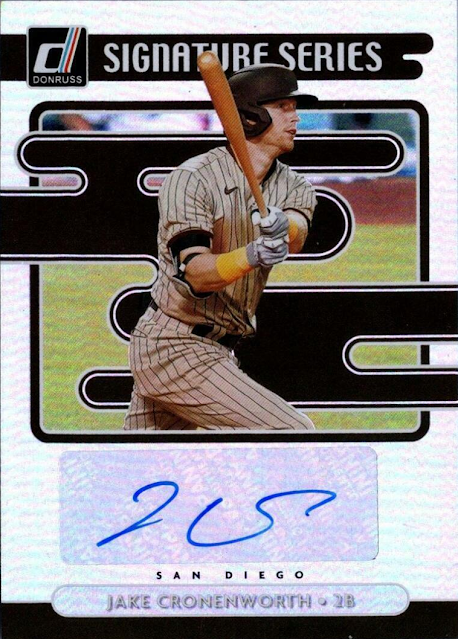 Hopefully, the prices of some of the other Cronenworth cards come down significantly and maybe one will find its way into my collection.  In the meantime, I wanted to post one more former Bulls player who also appeared in this year's 2020 Donruss set.

This is where I say nice things about Panini.

While I pick often pick on Panini, I will say that the company does a good job of getting some different players to sign autographs for their sets.  Topps always seemingly has the same 3 or 4 players for every team in every set.  Panini sometimes branches out and throws in an unexpected player. 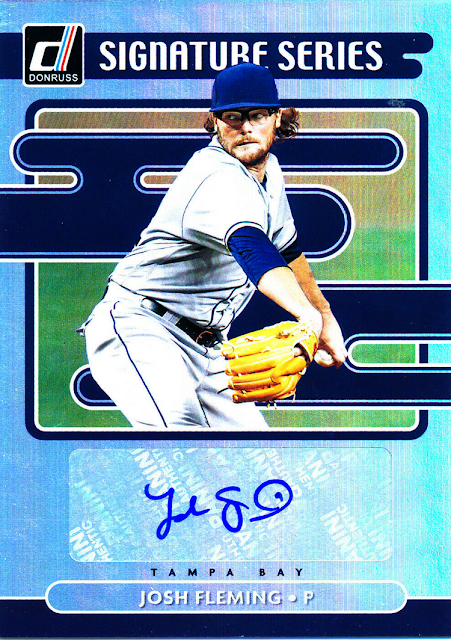 Who is Josh Fleming?

Why should you care about Josh Fleming?

Josh Fleming was on the Rays last season, started a handful of games, before being sent to the bullpen for the playoffs.  He became a starring member of "The Stable", a group of younger, hard-throwing relief pitchers.  Fleming spent the end of the 2019 season with the Durham Bulls.  I was not really expecting Josh Fleming to appear on any baseball cards this year.  Happy to find this one.  Sometimes Panini does something right in my world. 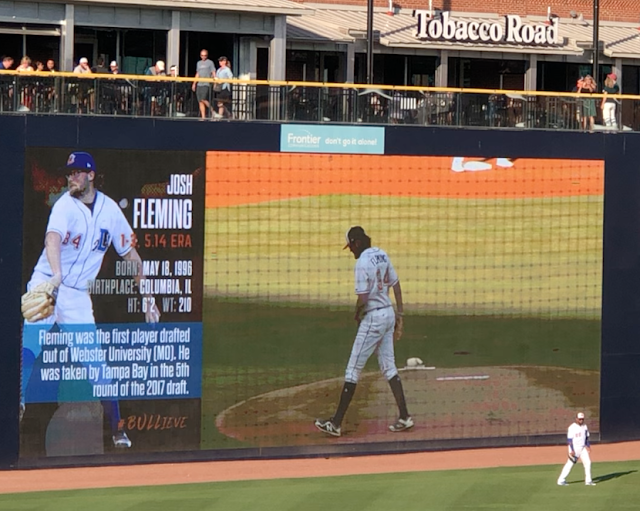 I actually got to see Fleming's Triple A debut.  If you read the scoreboard, you will see that he attended Webster University, which is in Webster Groves, Missouri.  I have spent a little bit of time running around Webster Groves, Missouri.  My parents worked in that town and I am pretty sure that a large percentage of my mid and late 1980s baseball cards came from the Ben Franklin store there.  I had an apartment in Webster for awhile as an adult.  Nice place to live and right down the street from Webster University. 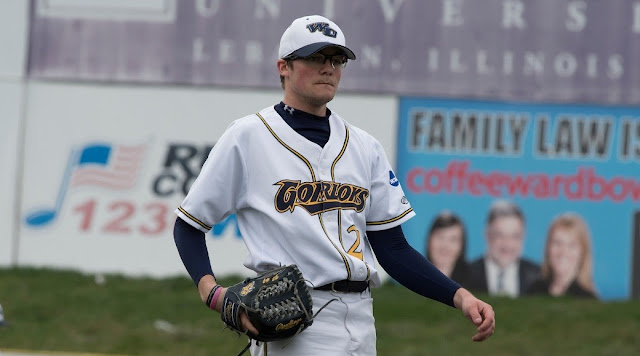 Sadly, after finding the Fleming card above, I actually found out that Panini made a card of him at the end of the 2020 season.  I should probably be a little nicer towards Panini and pay a little more attention to their cards.  On card autographs and logos aren't everything, right?   I will have to find a copy of the other Fleming card and post it.

Posted by The Snorting Bull at 9:26 PM