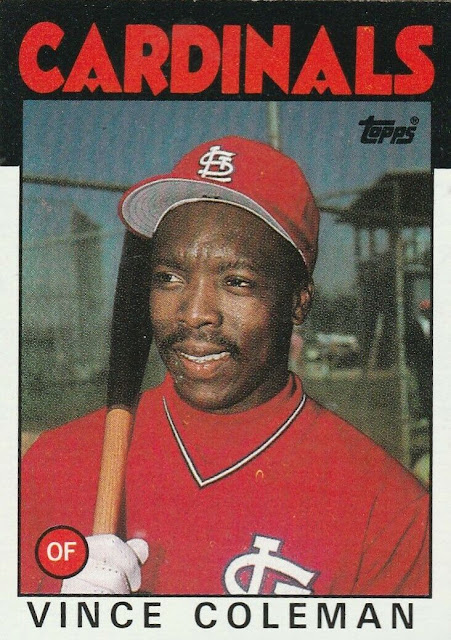 My favorite 1980s Cardinals card has to be the first post.  The first full year that I lived in St. Louis was 1985.  Vince Coleman stole 100 some bases that season.  Yes, there is a 1985 Topps Traded card of Vince, but I did not own that card until I was an adult.  The 1986 Topps card was the first card of Coleman that I actually had a chance to own.  Every week during the summer, two packs of cards from the Manchester Dierbergs. 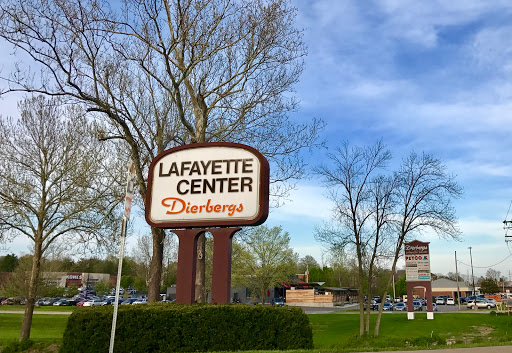 The store has been remodeled at least ten times since I was kid, probably too conservative an estimate, but this cool brown and orange sign is supposedly still out in front of the shopping center.  I spent a summer pushing in carts at this store.

At some point during the summer of 1986 I finally pulled a copy of the card.  I don't remember the exact moment, but I am sure that I was excited.

Something else I love from 1986:  Ferris Bueller's Day Off

Posted by The Snorting Bull at 5:50 AM