Stadium.
I spent my Saturday afternoon watching the Durham Bulls and Norfolk Tides.  It had been a few weeks since I last attended a baseball game in-person.  The Bulls are in first place at the moment and had a chance to clinch their division this weekend, which is still possible.  The weather was a little warm, but still a nice day to take in a baseball game.

I also got to check out Orioles catching prospect Adley Rutschman, who is the top overall prospect in all of baseball.  I saw him a few years back while he was playing at Oregon State and appeared for the USA Baseball team during the summer.
A few pictures of Adley warming up before the game. 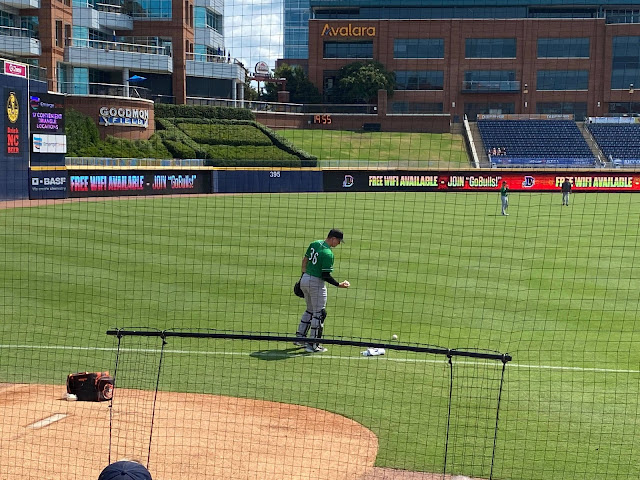 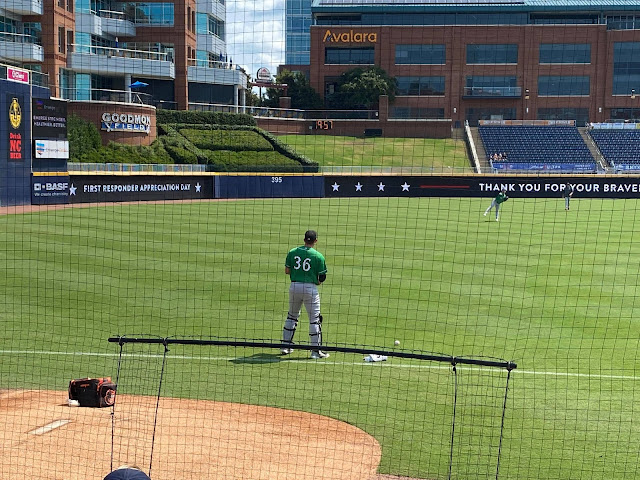 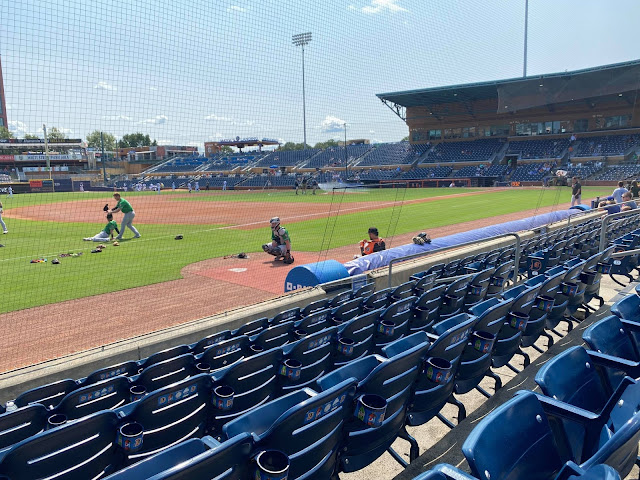 Adley spent most of the time working with some Orioles coach who is wearing the black and orange wind breaker in this picture.  He needs a little bit of work on defense.

He didn't get a hit during the game.
The Bulls ended up losing the game 3-1.  Their lone run came on a home run by Alika Williams who was called up to the team from A Ball before the game.   Pretty good shot.

Beyond going to the game, I also picked up three Stadium Club autographs earlier in the week.  They have been sitting on my desk for the past few days.  Really not that bad considering there a couple that have been there for multiple weeks.  These were easy to scan and post, so that's what won out today.

First up is Ryan Jeffers. 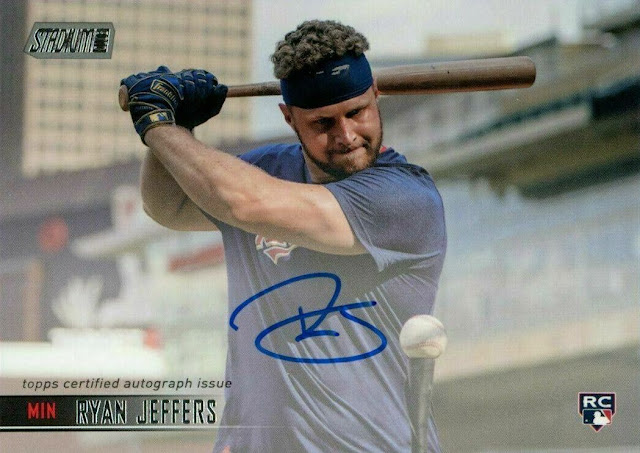 I saw Jeffers earlier this summer at a Tigers game.  He's from Raleigh and went to UNC-Wilmington for college.  I never saw him play in college, nor in the Minors.  I just know several local people who follow his career, seems like he might be a solid player.  The card was also really inexpensive. 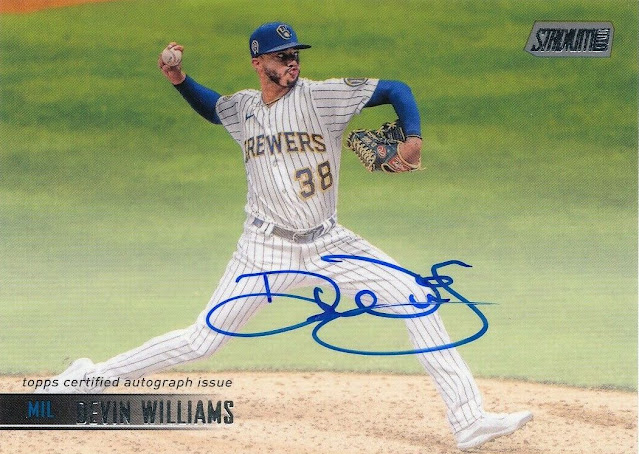 I try to avoid Brewers cards, but Devin Williams is pretty awesome.  He's also from St. Louis.  It would be more fun to watch him if he was on the Cardinals, but they probably would have found a way to mess him up.

Last card, which has a scratched up top-loader. 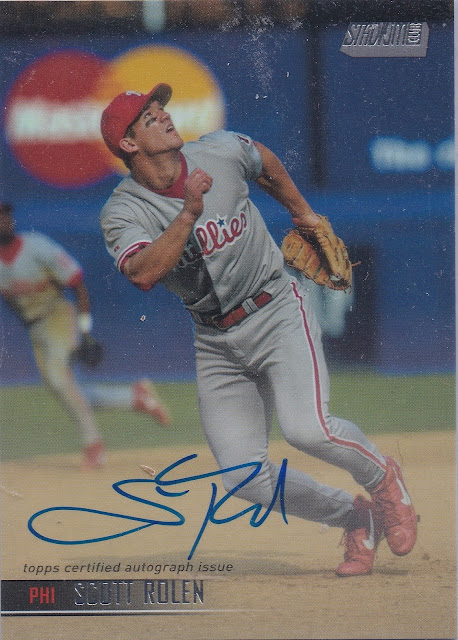 Easily my favorite card out of the group.  I just wish it was a Cardinals card.  Topps has made a bunch of different Scott Rolen cards this year, but it feels like almost all of them are Phillies cards.

Posted by The Snorting Bull at 4:16 PM