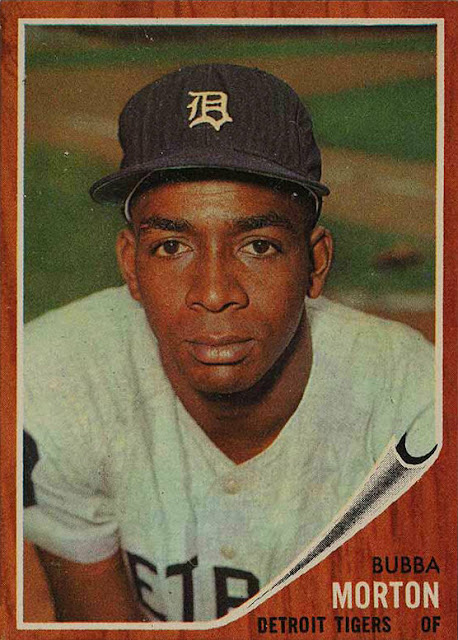 Background-
Morton was primarily a fourth outfielder for the Tigers, Braves, and Angels during his seven year Major League career. His final three years were easily his best, where he earned the reputation as one of the best pinch hitters in baseball. While Morton's Major League career seems ordinary, he is an important figure in the history of the Durham Bulls.

Morton, along with pitcher Ted Radcliffe, became the first African-American players for the Bulls in 1957, appearing in an April 18th game against the Greensboro Hornets. Bubba Morton went on to become a Carolina League All-Star that season hitting .310 with 18 home runs. The Bulls ended the season in first place capturing the Carolina League title.

After retiring, Morton moved to Seattle where he became one of the first African-American college baseball coaches.  He coached the Washington Huskies for five seasons before the university ended their baseball program due to financials problems in the athletic department.

Card-
Morton cards are obviously not very expensive, so I went more on style and team than anything else. I decided that I would rather own a Tigers card of the former outfielder, that was the team the Bulls were affiliated with at the time Morton playing, than an Angels card.  It came down to a decision between the 1963 and the 1962 Topps cards.  Is there really a wrong choice? 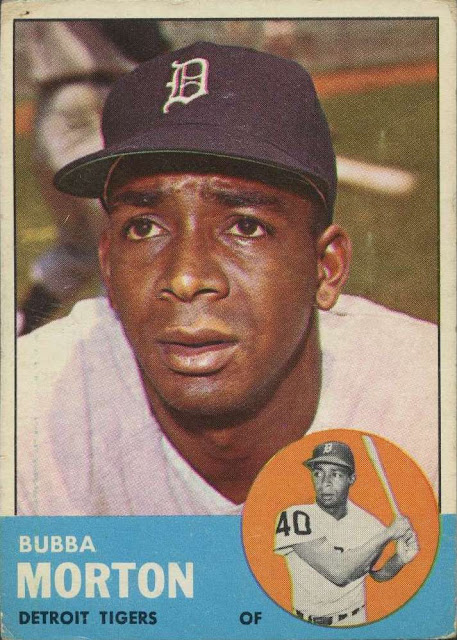 Posted by The Snorting Bull at 5:49 AM