Here is the backstory behind these cards.
Errors from last week:  Bill Wennington did not go to McGill University, he went to St. John's.  However, he is Canadian.
Today's dozen features players from the Denver Nuggets and the Detroit Pistons.
The first half dozen for this week.  These are cards 73-78 in the 1990-1991 Skybox set. 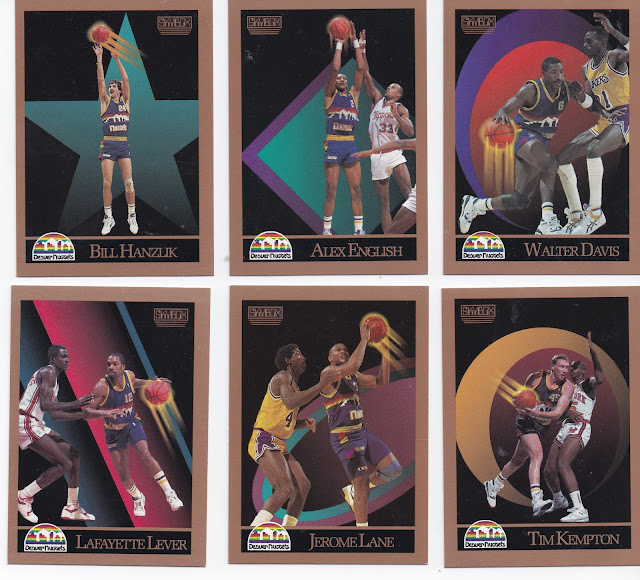 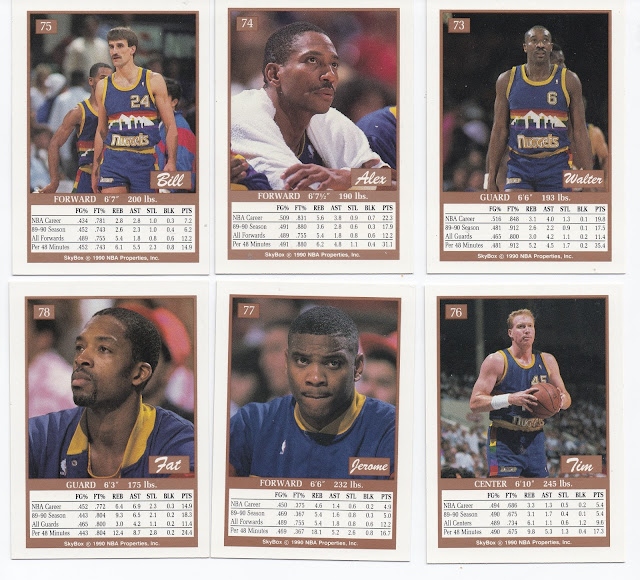 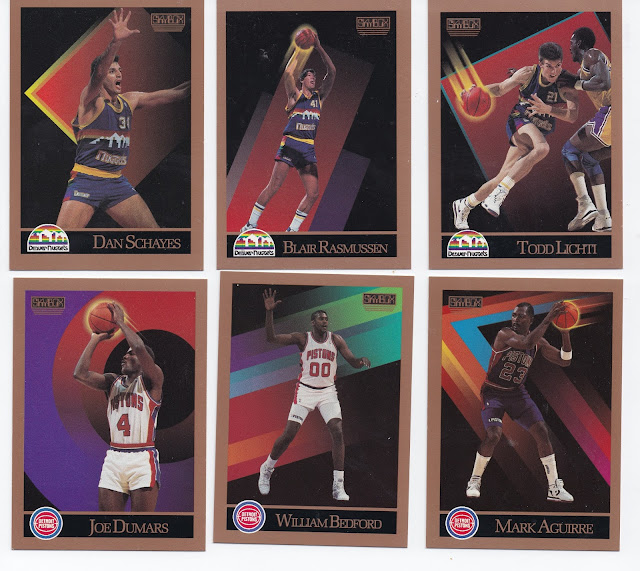 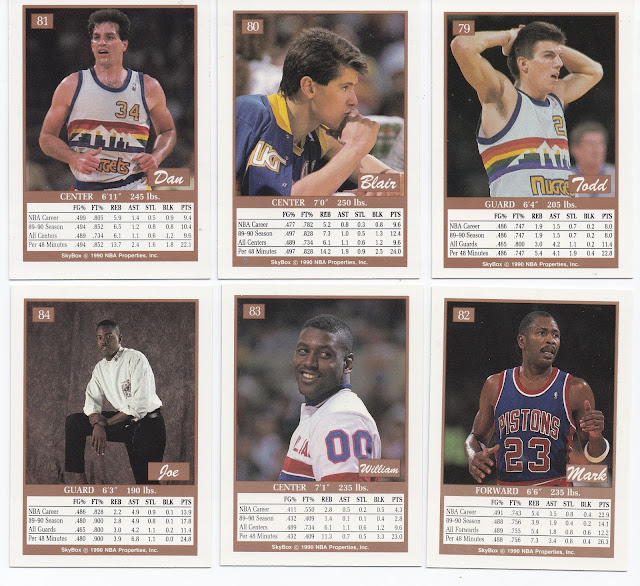 Here are some questions.  I know more about college basketball than the NBA, feel free to debate the answer to these questions in the space below.  I am not doing research for a basketball card post.
Best player in this dozen: My father-in-law is a Pistons fans, so I feel like I actually know something about that team.  My answer is Joe Dumars.
Without looking (pinky swear) who went to what college.
Last week I knew 4 out of 12.  So far, 39 out of the 72 players in the set.
Walter Davis - UNC
Dan Schayes - Syracuse
Todd Lichti - Stanford
Joe Dumars - McNeese State
Mark Aguirre - Marquette
Best Card Front: I have no idea who Bill Hanzik is, but that is a great card.  He's wearing the short shorts, you got the giant star in the background, and there are some cool flames or something shooting out of the basketball.  Cool 80s mustache too.  I am going to go learn more about Bill after I hit publish on this post.
Best Card Back: I want to say Joe Dumars with the Olan Mills studio photo, but then I looked at the Bill Hanzik card again.  Look at how confident he looks.  Bill is scoring 7 points per game, wearing short shorts, and I am pretty certain from the way he looks that Michael Jordan would have a bad shooting night against him.
Best Cameo:  Whatever Knicks player is getting trampled by Tim Kempton.
Fun Fact: It's hard to come up with a fun fact when I don't do any research for the posts.  Fun fact: I might drop this for the next post, or re-work it somehow.
Posted by The Snorting Bull at 4:53 PM