Chris Carpenter is in the Cardinals Hall of Fame and helped the team win the World Series in 2006 and 2011.  I have a ton of Chris Carpenter cards in my collection.  I really enjoy these cards. 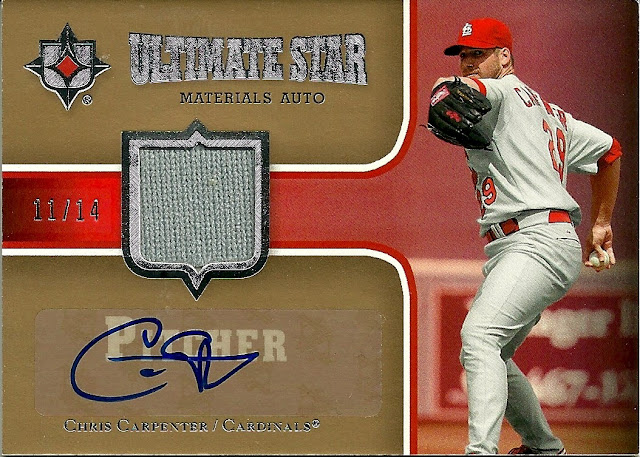 Cris Carpenter was a relief pitcher for the Cardinals during the late 1980s and early 1990s.  Not surprisingly, there are not any baseball videos of the former pitcher anywhere on the internet.  He still has a pretty good run of baseball cards from his time in the Majors.  It's hard to say which card is his best, so I am going with a 1989 Topps Big. 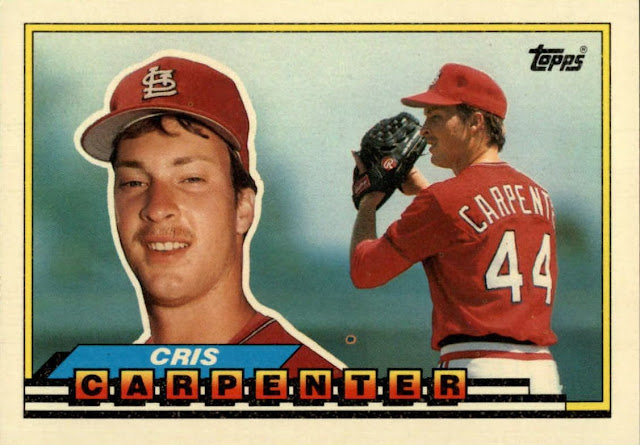 Not to be mistaken with Topps Kids.  Both sets were oversized products that popped up around this era.  The cards are actually the size of the original Bowman cards, or if you are a more modern collector, they are the same size as the 1989 Bowman cards.

He was a first round draft pick in 1987 who was highly thought of by the Cardinals.  Carpenter pitched at the University of Georgia, where he also played on the football team as the punter.  There is video of this on the internet.......

Apparently he was really good..... 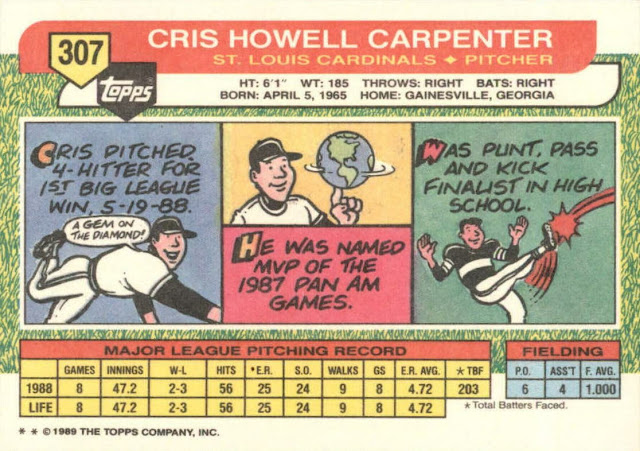 at both football and baseball.

He pitched a 4 hitter for the Cardinals in his second Major League start against the Cubs.  That was really about all there was for Carpenter's career as a starting pitcher.  He started a few games for the Cardinals in 1989, but was moved to the bullpen.  Carpenter never started another game his entire career.

Carpenter played for the Cardinals until the 1992 season when they left him unprotected in the Expansion Draft for the Marlins and Rockies.  The Marlins made Carpenter the 38th player picked in the Draft right in front of Vinny Castilla. 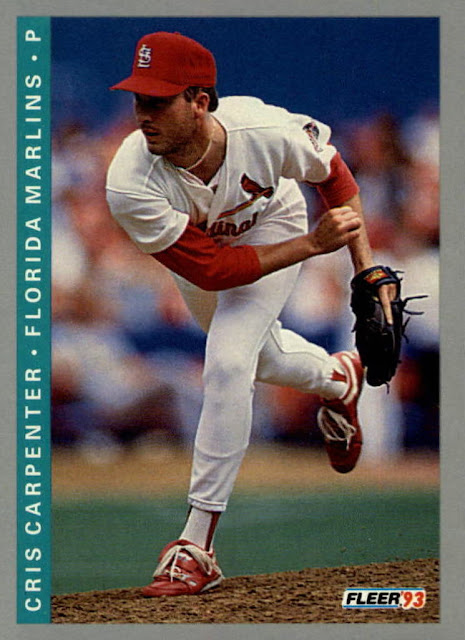 His last Cardinals card was a 1993 Fleer, which showed him in a Cardinals uniform, but with Marlins markings on the card.

A great song from 1989 is Living Coulor's Cult of Personality.  One of the first CDs that I owned.

Posted by The Snorting Bull at 8:52 PM