A few years back the Durham Bulls, really the Rays, had two players with the last name Lowe.

There was Nate Lowe. 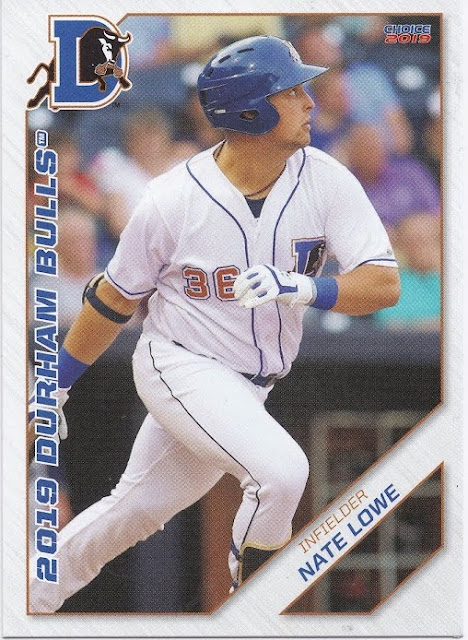 Who is now on the Rangers.

There was also Brandon Lowe. 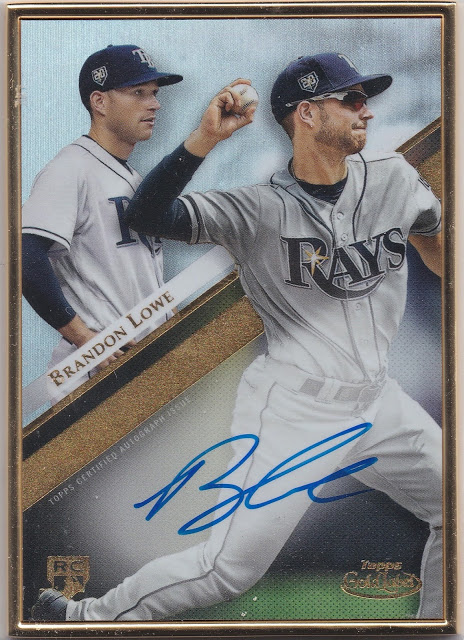 Who is now the Rays starting second baseman.

The Bulls did not field a team last year due to the pandemic, so they did not have a chance to put a player with the last name Lowe on the field.  Naturally, when the 2021 season started the name Lowe reappeared on the roster.  This time it's outfielder Jose Lowe.

He is leading the International League in slugging.  I am not calling it Triple-A East, or whatever Rob Manfred renamed the league. 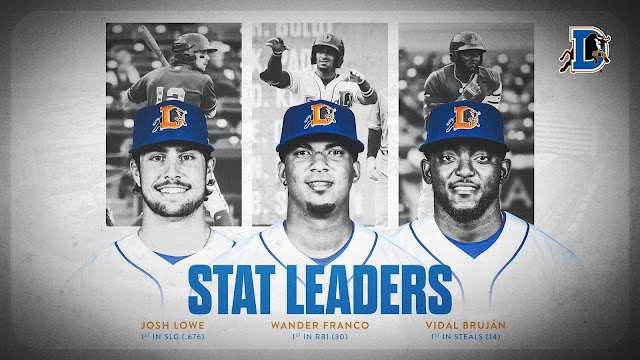 He's been a good player and is way more affordable than Wander Franco or Vidal Brujan.

So, here is the card. 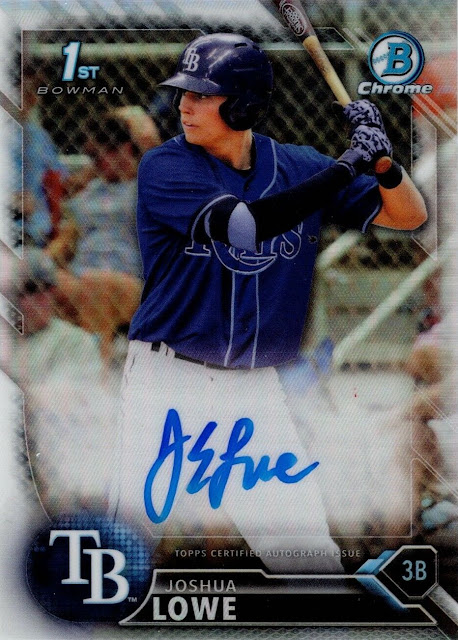 This is one of those cards that Topps rushed to produce.  Yes, it is clearly airbrushed, but the metal bleachers in the background are a clear giveaway that this is a picture from a high school baseball game of some sort.  I think it would actually be cooler if the parents/spectators in the background were in lawn chairs.

Whoever is behind his left shoulder is not even watching the game. 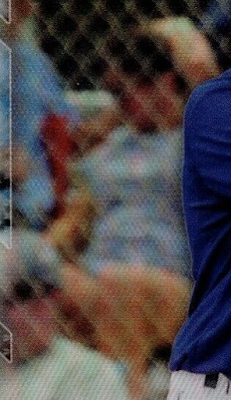 There are not many Josh Lowe cards out there.  Like many other prospects on the Rays, they get the first Bowman card and then they are ignored until they are suddenly playing well in the Majors.  It's the same thing that happened to the two other Lowes, although Nate was not a serious prospect.

Posted by The Snorting Bull at 9:42 AM