The Mayor Of Kings Mountain Take 2

Last year I found my first Will Wilson card, which was out of the Leaf Perfect Game set from a few years back.  It still amazes me that there are card companies that make baseball cards of kids in high school and college.  This card was actually from Wilson's time in high school. 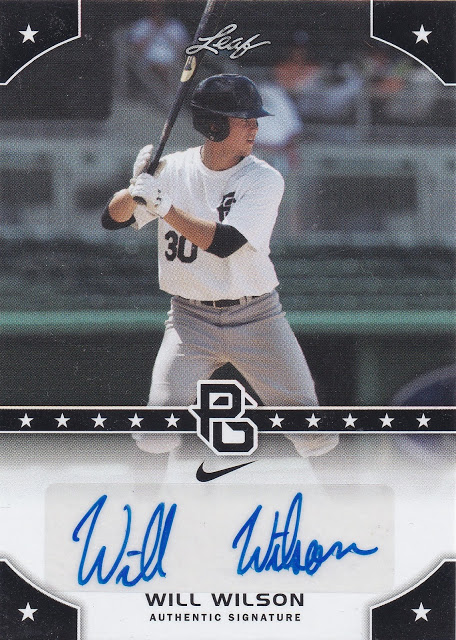 Wilson ended up playing at NC State in college and at some point was dubbed "The Mayor of King's Mountain".  As far as I can tell the Pack Pride account on Twitter came up with the nickname.


Wilson was drafted by the Angels in the first round last year, but was traded to the Giants recently.  Hopefully they will give him some playing time.  Regardless, Will Wilson has started to appear in some different card sets since he was drafted.  A few are a little more than I am willing to pay at the moment, but I found a few nice cards at the right price.

The best part is that they are all NC State cards.  They are also all Panini cards, which I do not always know the most about. 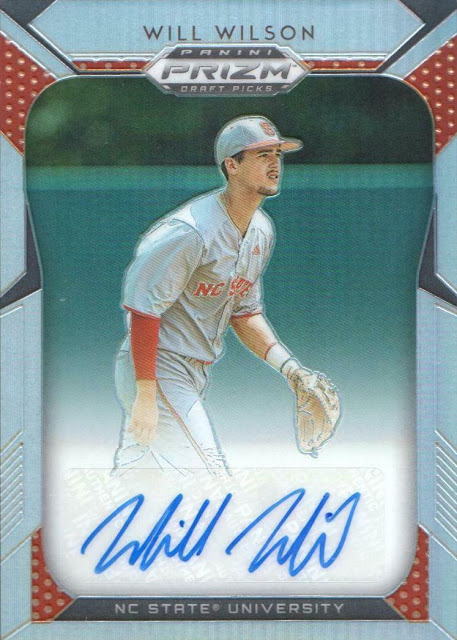 This is a sticker autograph.  It would be sweet if the signature was on the card.  Still looks really good.  Prizm is a pretty nice Panini product.  This is the first of two autographs that I found of Wilson in an NC State uniform.

This is the second. 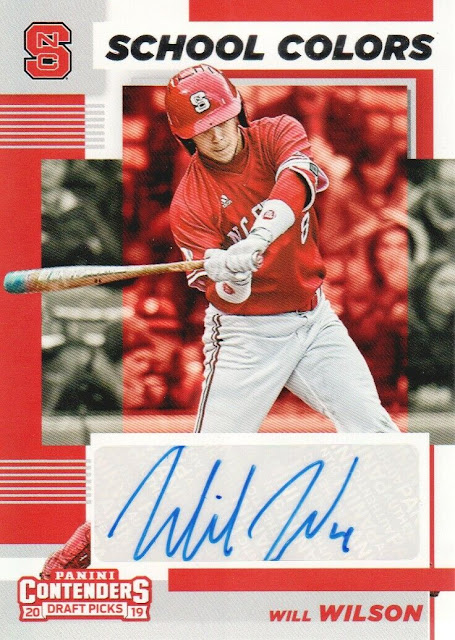 This is another sticker autograph.  The top of Wilson's signature is cut off on the top of the sticker, but I still like this card.  Panini runs this "School Colors" insert across several sports.  I have another "School Colors" card of Dennis Smith, who played basketball at NC State. 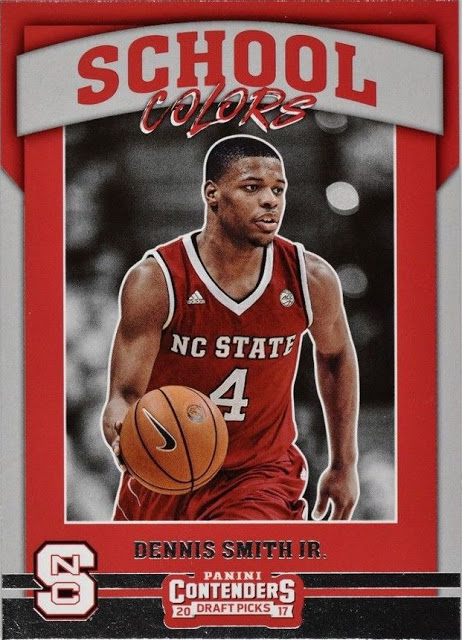 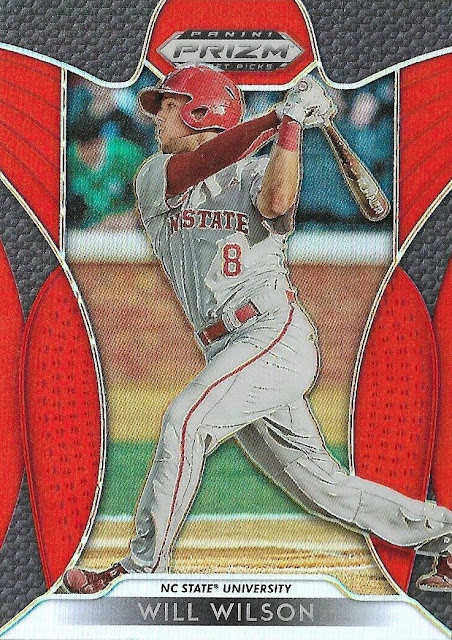 This is a regular base card of Wilson's from Prism.  Good extra card that was inexpensive.  More Will Wilson cards next week.
Posted by The Snorting Bull at 5:59 AM