Topps put out their annual High Tek product a few weeks ago.  There is not a ton there in the way of Cardinals and Durham Bulls cards.  I picked up one former Durham Bulls cards last week, with a second one on the way.  This is the Brandon Lowe autograph...... 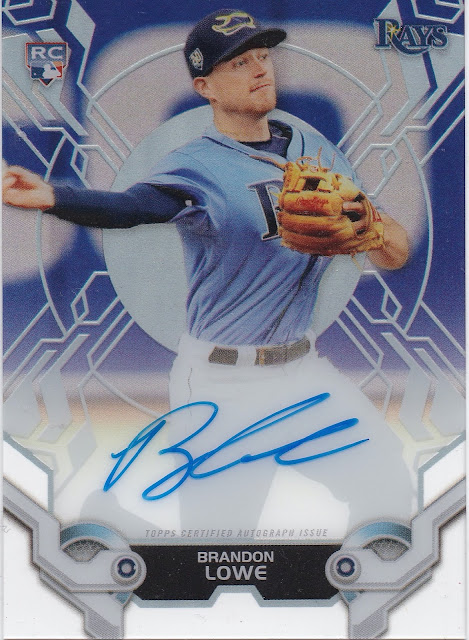 I won this Brandon Lowe autograph in an Ebay auction.  More on the Cardinals cards in a minute, but I also ended up with a Carlos Carrasco autograph since nobody else was bidding on the card. 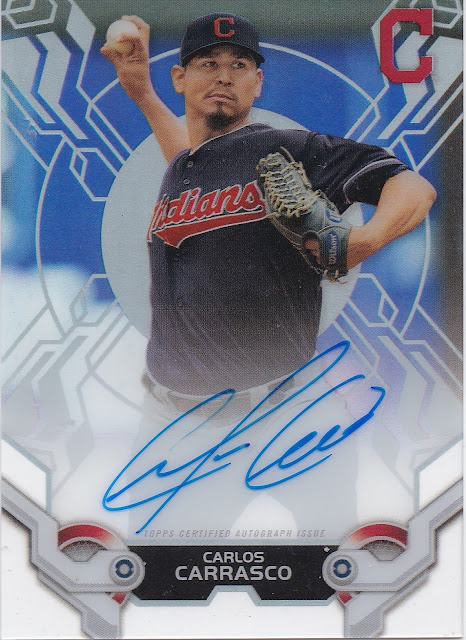 Notice that the Carrasco and Lowe have the same pattern on the background.  Feels a little lazy considering that Topps usually has all sorts of different patterns on these cards.  Sort of the whole theme of the set.

I saw Carrasco as a Phillies and Indians prospect when he was coming up through the Minors.  Not sure that most people remember him being in the Cliff Lee trade.

The Cardinals checklist is not promising in this set.  There is Rick Ankiel, but after that there are people like Paul DeJong.  Likely going to take a hard pass on getting any Cardinals here.

Picked up one other Durham Bulls card last week in a trade.  I actually sent another collector a bunch of cards to help with completing a set, this was the card I got in return. 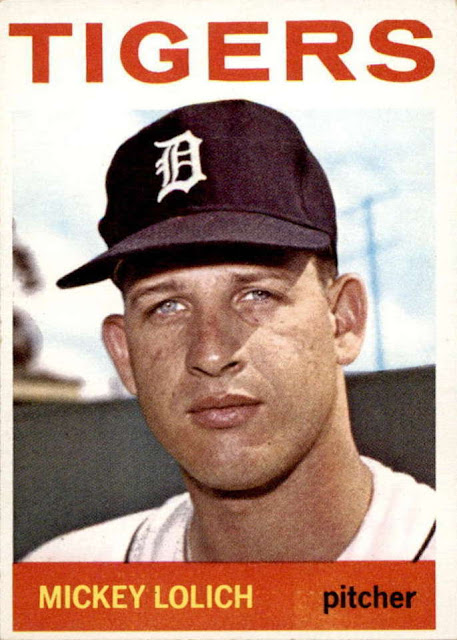 A little more low tech than the Lowe and Carrasco cards above.  Back of the card. 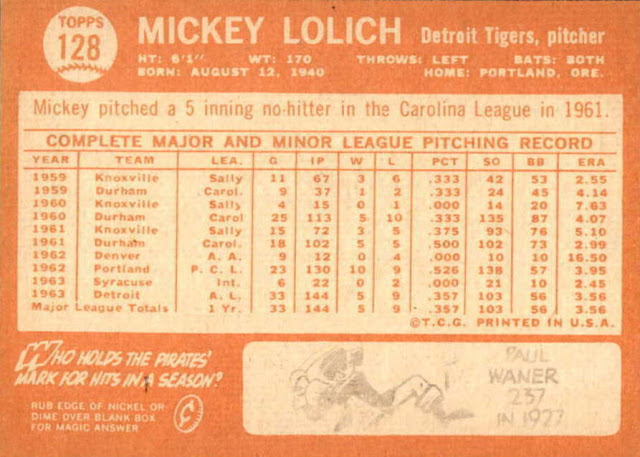 I love that the Durham Bulls appear both in the stat line, and in the highlight above the stat line with the blurb about Lolich throwing a no-hitter in the Carolina League.  I have never been able to find out much about the no-no other than it happened.  Regardless, happy to have a new Lolich card in the collection.
Posted by The Snorting Bull at 8:44 PM