I have been on vacation for the past week, and have enjoyed sitting around sorting out some cards and watching baseball.  I have sorted out a few thousand cards, but that's for a later post. 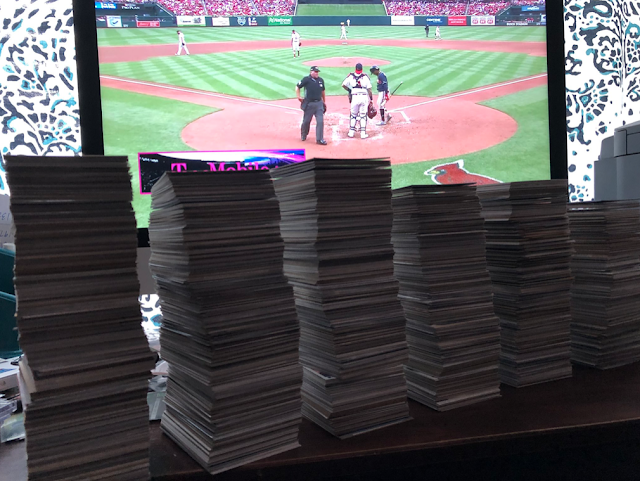 I have also enjoyed checking out the baseball playoffs.  One of the best perks of my job is the fact that I get the first two to three weeks of October off.  Always nice.

While I have been sorting out all these cards, I have run across more than a few cards that I wish I had taken the time to post when I bought/traded for them.  In looking at the stack I pulled out on Tuesday, I decided that there were two cards that were clearly better than the rest of the stack, or so they seem that way for the moment. 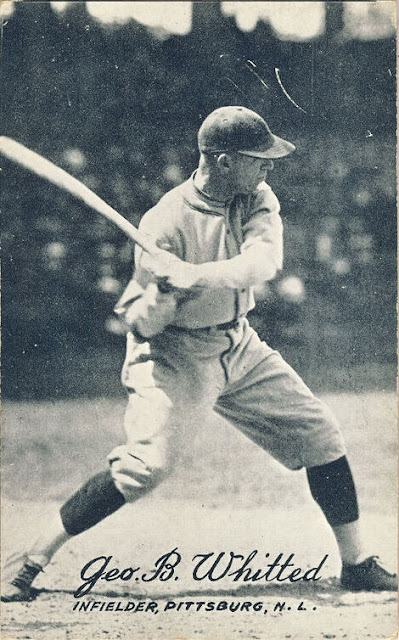 I posted my first card of George "Possum" Whitted way back in August.  The Durham native primarily played for the Phillies, Pirates, and Cardinals from 1912 until 1922, so his cards are quite old and often quite expensive.  Possum also managed and played for the Durham Bulls for six years during the late 1920s and early 1930s.

This card is from the long running Exhibits cards, which are more or less postcards with baseball players.  There are still a lot of people who like collecting them.  Personally, I have never done much with them, but I am not really in line to drop a few hundred dollars on a Cracker Jacks or Famous & Barr card of him.  Let's try one out.

The card years on the Exhibits tend to be over multiple years.  This card is listed as a 1921 in many places, but other sites have it as a 1921-1924.  Either way, it's almost a century old, and still in relatively good condition.  The corners are soft and the dings and scratches are on the card, not on the top loader.

I like the simplicity and the fact that this card has an actual photo of Possum.  My first card was a drawing. 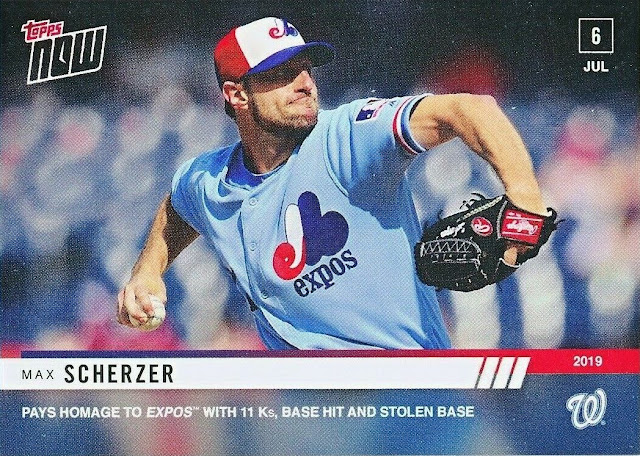 I still do not buy directly from Topps, but I spent one day of my summer looking for different cards they have sold on their website that I have missed out on.  More of those for a later date, but know that I am not going to let the whole Aledmys thing go yet. 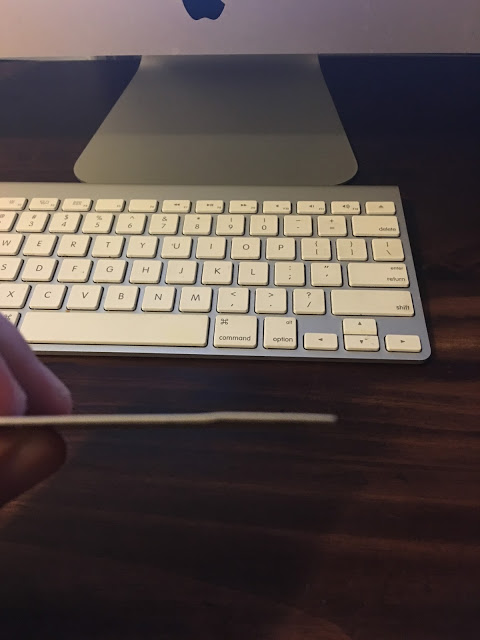 Since I did not buy it from Topps, some guy on Ebay got my money instead.  Although he paid Topps for the card, so really Topps still made a bunch of money off of this card even though I bought it from someone else.

Some other reasons why this card is here:

Who wouldn't want an Expos card?

Have I ever told you about how St. Louis people obsess over what high school they went to?  Max Scherzer and I went to different high schools, but in the same school district.  Also a decade apart from each other.

Max Scherzer went to Mizzou.  I did not, but I still like their sports teams.

After getting the Possum Whitted card, I specifically thought about how great these two random cards would look in a post together.

My work here is done.  Off to watch baseball for the rest of the day.
Posted by The Snorting Bull at 4:35 PM