When did the Devil Rays uniforms start to look good?  When the team was first announced as an expansion team back in the 1990s, I was not a big fan of their uniforms.  These looked ridiculous. 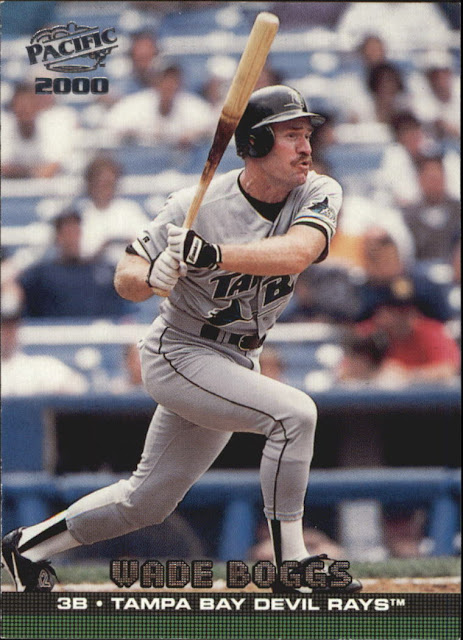 The Rays brought them back last year as part of their 20th Anniversary.  Suddenly they looked half way decent.  Nice enough that I went out and got a card of Blake Snell with the old Rays logo. 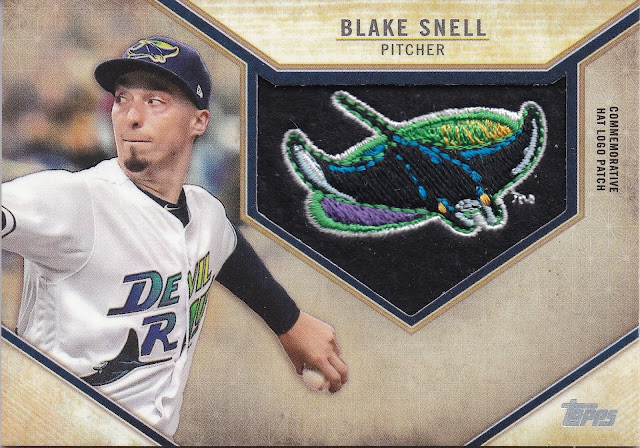 What has changed over the last twenty years that has made these more appealing?  Maybe it is the players.  Twenty years ago the Rays were overcrowded with old guys who were past their prime.  Wade Boggs, Wilson Alvarez, and Vinny Castilla. 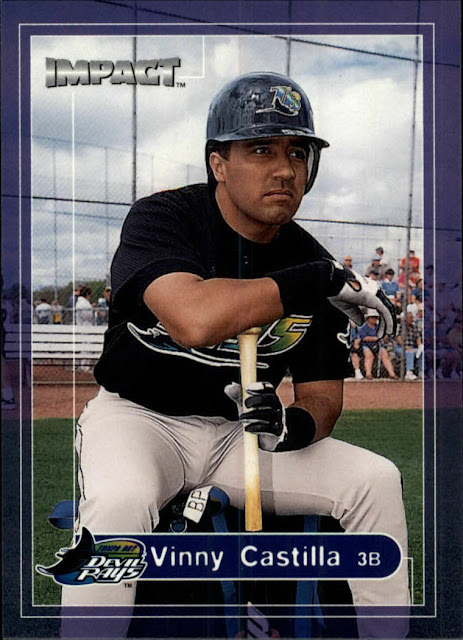 Not a big fan.

Most of the current Rays were on the Durham Bulls at some point. It is hard to go against players you spend time watching.  I draw the line at Blake Snell wearing a Cubs or Yankees uniform, but that might have some influence.

The hats are also different.  The bottom card has a TB over the ray, the Snell card just has the Ray.  Little cleaner look.

Back to the Snell card for a second.  I know that the manu-patch card is tired and old, almost as much as relic cards, but there are still nice ones every once in awhile.  The Topps manu-patch cards in this year's Series 1 cards are supposed to be old "retro" hat logos.

It works well on the Snell card.  I also got the Yadier Molina card from the set. 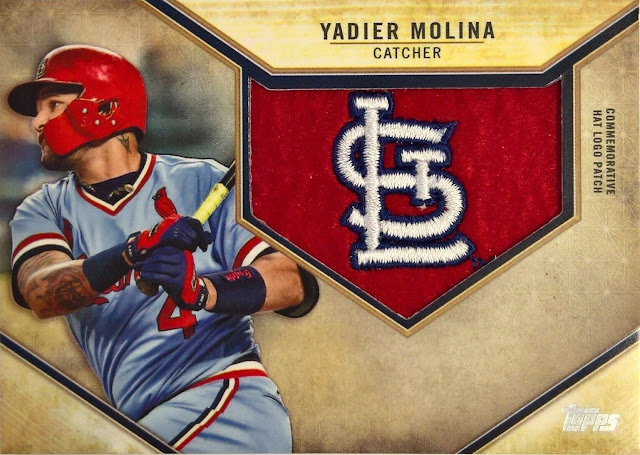 Yeah.  The Cardinals really do not change much.  At least the picture came from a game where the Cardinals were wearing their old 1970s/1980s polyester road uniforms.
Posted by The Snorting Bull at 8:31 AM