I took an excursion to do some shopping at the local big box stores this afternoon. I really should have taken a picture of the card aisles. They were completely trashed and picked over. There have been so many pictures posted to social media recently of big box store card aisles that are fully stocked and pristine. It's headline news after 2020 when there were grown men risking assualt charges over a box of Topps cards that cost $19.99.

Maybe I expecting a lot out of my local stores considering the Target next to my house had a snake roaming the canned food aisle last year.

I pulled an autograph of Matheu Nelson, former ACC Player of the Year at Free Seafood University. 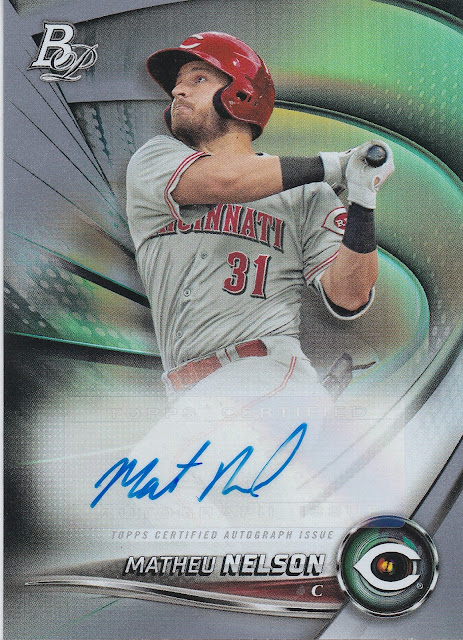 He went to Florida State, my bad.

The seafood may or may not be free.

Anyway, recent retiree Albert Pujols also made an appearance in my packs of Bowman Platinum.

I like Albert and I hope he has saved up. He's on a fixed income now. 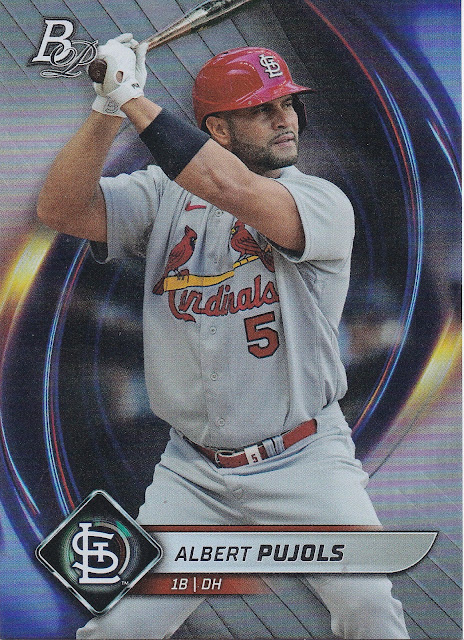 This is a nice action shot of Albert waiting to hit. It would be nice to see the background, but it's Bowman Platinum. It's one of those sets where the background is swirls and lines, or whatever pattern Topps throws on the card for the year.  This one looks like it was based on the reverse card from an UNO card deck. 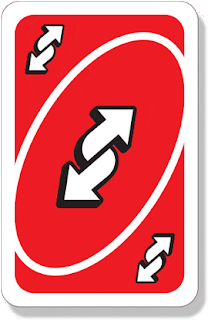 Just kind of broke the post here. Sorry, I couldn't find another headline to fit with the pattern on the background of the card. Should have made the whole thing about UNO instead. 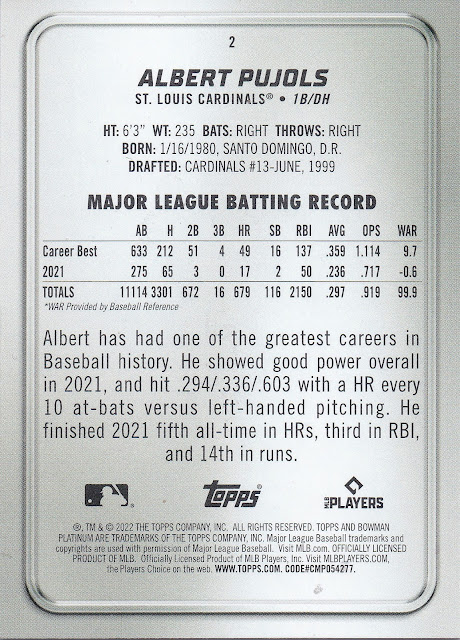 Love that the write-up on the back gives his numbers against left-handed pitching. Let's face it, Albert was terrible on the Angels because they were running him out there for 600 at-bats a year. Righties and lefties. Meanwhile, the Dodgers and Cardinals ran him out there against lefties and he put together two good years.

Albert Pujols versus left-handed pitching not only has news headlines, it has YouTube videos with key moments. 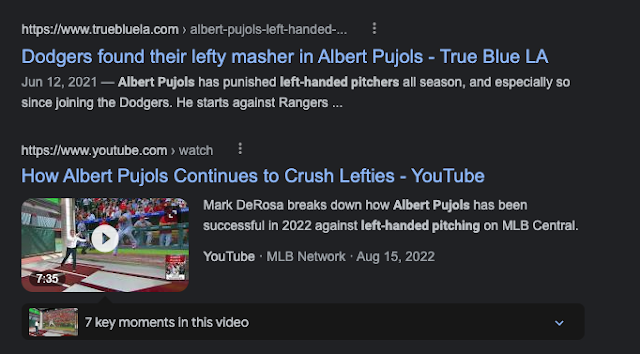 Posted by The Snorting Bull at 9:08 PM