Whatever day Topps released their Series 1 cards, I ran by Target before work at 7 A.M. when the store opened.  There were no baseball cards.  I went back later in the afternoon.  There were a few display boxes, but the cards were all gone.  I have been to Target since, but I have spent zero minutes looking for baseball cards while I was in the store.

I am feeling completely done with packs.

I opened my first pack of cards in 1983 when I was in 1st Grade.  I have been collecting for 38 years and feel like I have better things to do in life than to chase down packs of cards at retail stores. A wife, two kids, a Betta fish, and a teaching job for starters. While we are here, I am definitely not buying any from the people who are cleaning out Target and Wally World, marking the packs of cards, and reselling them online.

I am going to buy zero packs of cards this year.

There are still some nice looking 2021 Topps cards that are worth owning, so during the three weeks since my last blog post I managed to track down a few.  All the players have some sort of connection to the Cardinals or Durham Bulls. 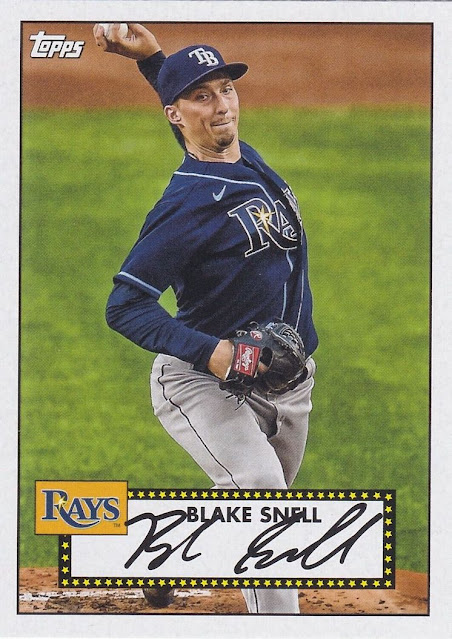 I like that there are still Blake Snell cards in a Rays uniform.  He does not have any autographs in Series 1, but he has plenty of other cards in there.  Probably work on adding those in the coming weeks.  Not sure how I will feel about his Padres cards.  I will cross that bridge when they start rolling out. 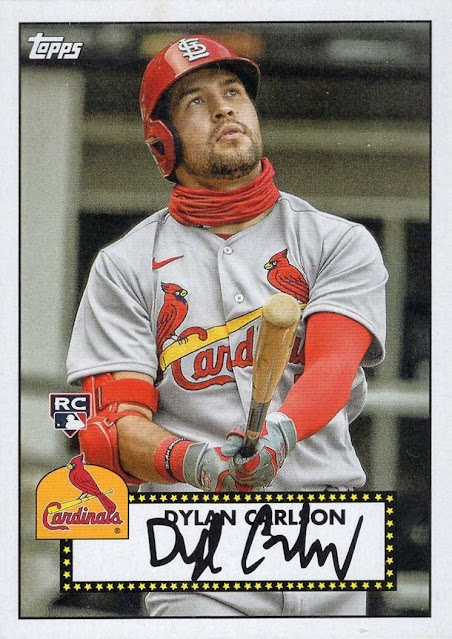 Next up is Dylan Carlson.  I am still not sure how good of a player he is going to be, but he's at least going to be a starter for the Cardinals this season.  People were crazy about his cards while he was in the Minors.  Settled down a bit last year, but seems like they are picking up in popularity again. 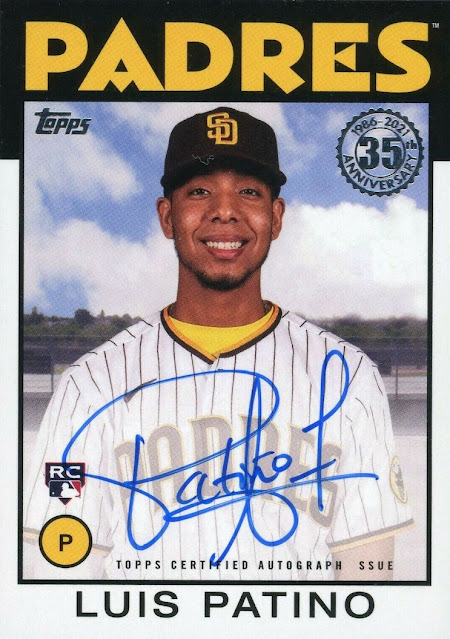 Patino seems like a good bet for the Durham Bulls this year.  He was part of the Blake Snell trade with the Padres.  Maybe he will start in the Majors, but that would be surprising given the Rays can probably save money in the long run by keeping him in the Minors for a short time.

I like his signature too, which brings me to my final card. 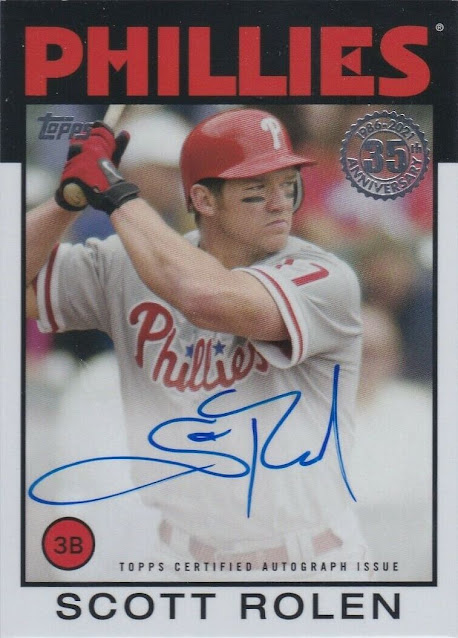 Why isn't this a Cardinals card?

Posted by The Snorting Bull at 9:55 PM