Topps has always dabbled in pop culture and non-sport cards.  Some of their more recent customer direct products have borrowed designs from these sets.  Obviously, I was a baseball only collector the majority of my life.  No chance that I bought any packs of this product...... 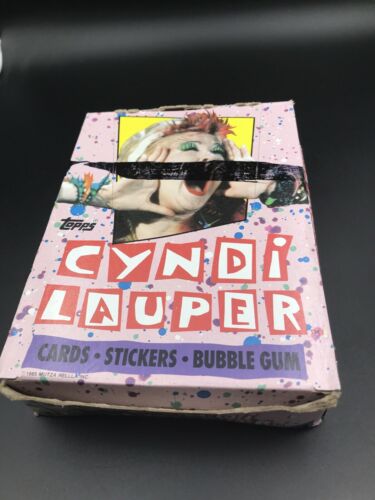 I am not even really a fan of her music outside of that song from the movie Goonies.  That was a decent track.

The design of the cards are everything you'd imagine them to be.  I didn't have one in my collection, so I had to borrow a picture from COMC. 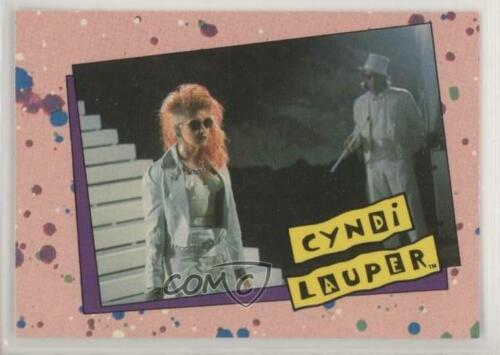 Would I buy a card because it borrowed the design from a Cyndi Lauper set?

Would I buy a card of a player I really liked even if it borrowed the design from a Cyndi Lauper set?

Like all Throwback Thursday cards, this was sold with a small set of cards on the Topps website.  I did not really care about most of the players on the checklist, so I just picked up a single card of Rays infielder Brandon Lowe.  He was one of the better Durham Bulls players over the last five years.

This is the card. 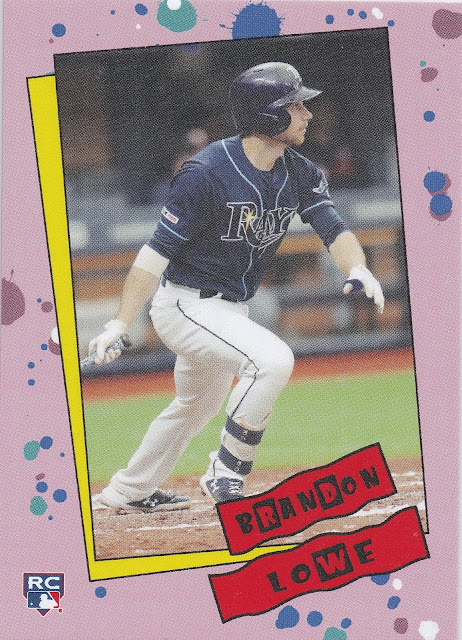 Very true to the design of the original card. 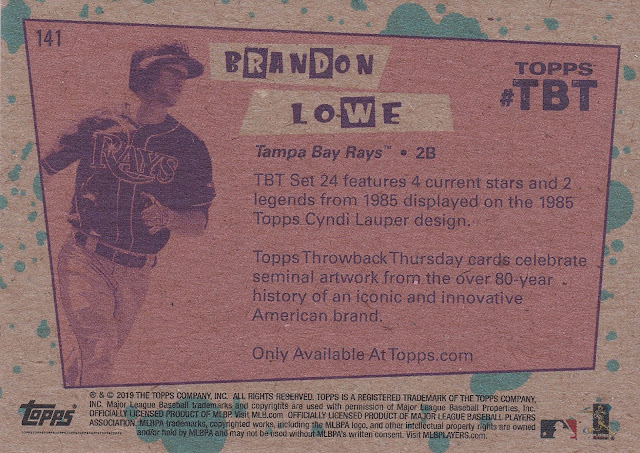 The back of the card.

Lowe actually has a second Throwback Thursday card that borrows from the 1984-1985 NHL Hockey card set.  I picked up this card too.  I do not have many hockey cards, and certainly not any from the 1984-1985 set.  A friend helped with a scan of a Bernie Federko card. 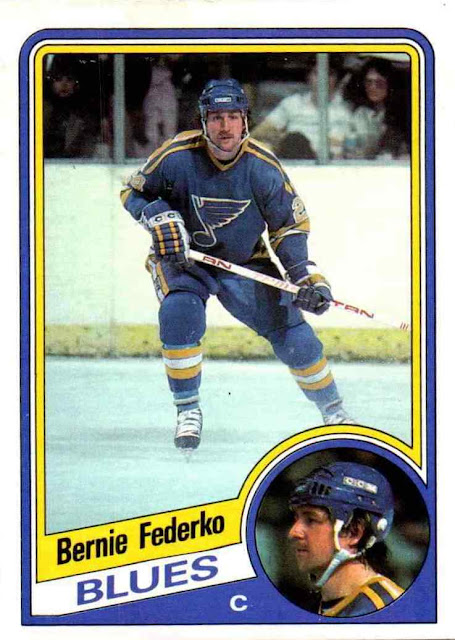 Here is the Lowe card that borrows this design. 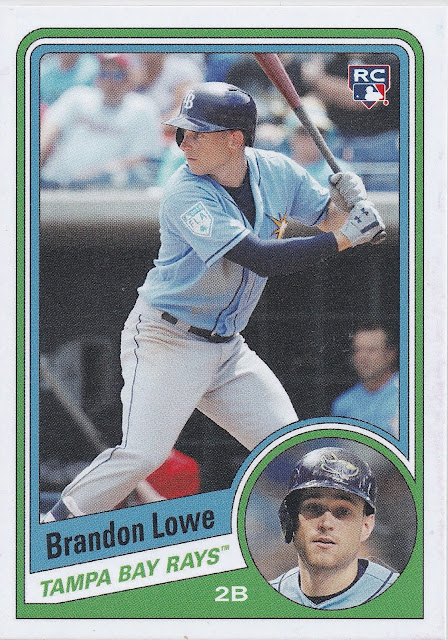 Between the two new Brandon Lowe cards, I like the NHL borrowed design much better.  Feels and looks like a 1980s baseball card.  I like the small portrait photo in the corner with the larger action photo above.  Feels like it fits in well with the 1983 and 1984 Topps designs.

The back was not quite what I expected it to be..... 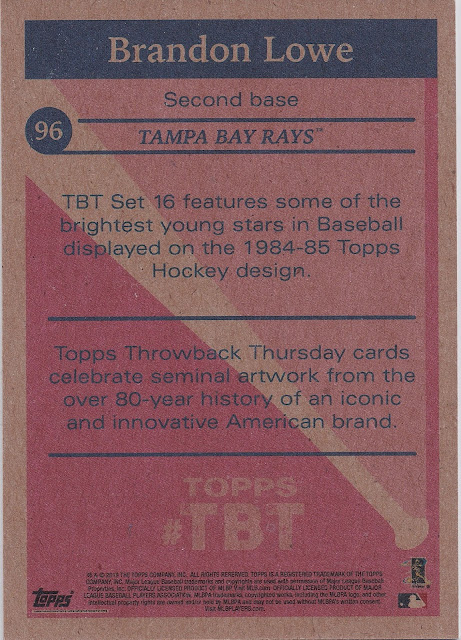 I sat and looked at this for a few minutes.  I think that I am just used to the landscape set up on the back of the Topps baseball cards, and that is what I was expecting here.  I guess there are a few less stats on the back of a hockey card.

Here is the original card back. 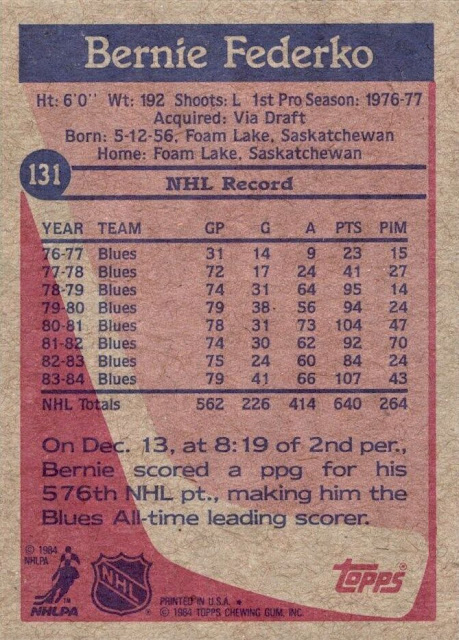 I like how they switched out the hockey stick for a baseball bat.  Would have been a cool touch to include the biographical information on the remake card, but that's a small thing.