You get 3 minutes and 21 seconds of Radiohead covering a Carly Simon song from a James Bond movie to listen to while you are reading.

I guess you could also just read the post.


I have enjoyed the Topps Project 2020 cards that they have been putting out.  People seem crazy about them.  I have posted one so far, but have others sitting on my desk.  I also have a few that will be here shortly.  They will all get posts in good time.

In the meantime, I have found some other cool Topps cards that were consumer direct products from recent years.  I am going to spread them out over a few posts, but I really like the Throwback Thursday cards.  They use designs from previous Topps products, but they are not necessarily baseball.

My two cards for this post are actually a baseball card design from the 1999 Topps set that were released last year.  Specifically, the Mark McGwire Home Run card.  I have written about the card several times on here over the years.  You know the card with all of the home run variations from 1998. 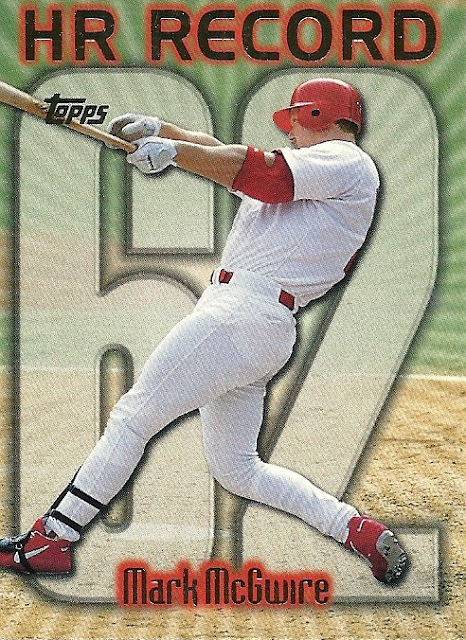 The two cards were included in a set that originally featured Sammy Sosa, Aaron Judge, and Pete Alonso.  I just went for the two Cardinals cards though.

The first cover, or redo, is a Mark McGwire card. 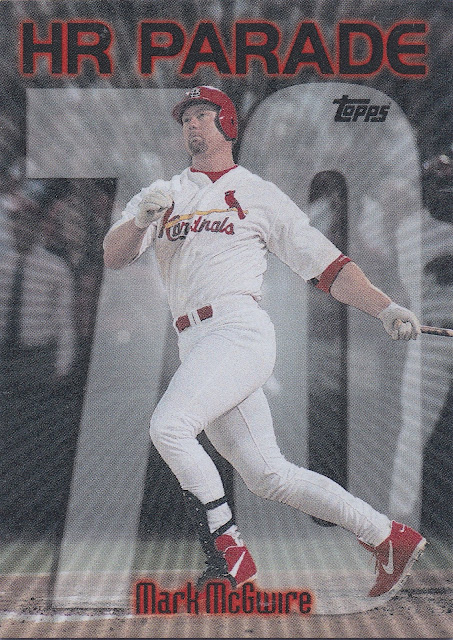 However, when you flip the card over, it does not work as well for the back. 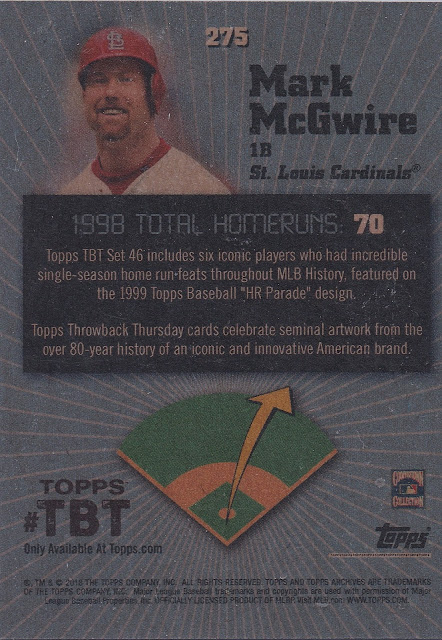 Topps used a thicker card stock for these than the original 1999 Topps.  It's got the old school 1980s Topps texture to it, but the darker color on the back does not look great in my opinion.  It's my lone criticism of these cards.

The second card is Albert Pujols. 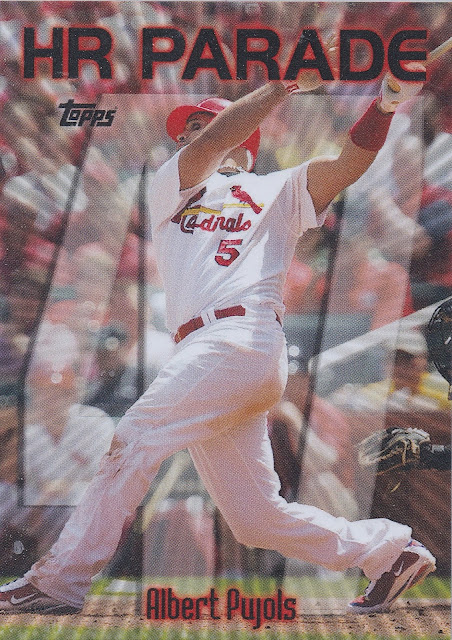 I really like the looks of this card.  It has good curb appeal.  I have no idea why Topps picked his 47th home run from the 2009 season to feature on a baseball card.  It was not a career high, which was 49 in 2006, and it was not even the most important 47th home run of his career.

I think most Cardinal fans credit this 47th home run as saving the 2006 Cardinals season.  They went on to win the World Series that year.  Albert's 47th home run of the 2009 season came in the middle of September off of Chris Narveson of the Brewers.

Not seeing the importance, but again I love the design of the card. 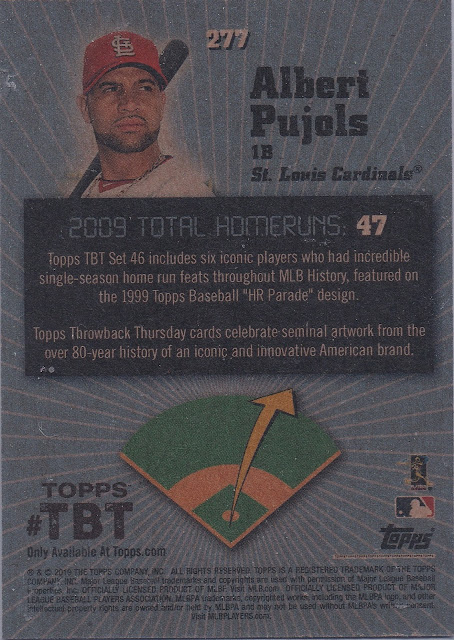 Overall, these are nice additions to the old Cardinals collection.  I still wish they would have done a little bit better at picking an important number for the Pujols card, but I am honestly just happy to add a nice Cardinals card of him.

I will post another Throwback card, or Project 2020 card next week.
Posted by The Snorting Bull at 12:01 PM