Foot Locker was a quality place to buy shoes back in the 1980s.  We had one in the mall near my house growing up.  First thing you remember about Foot Locker stores in the 1980s and 1990s?  They always had that scoreboard and basketball hoop above the checkout counter. 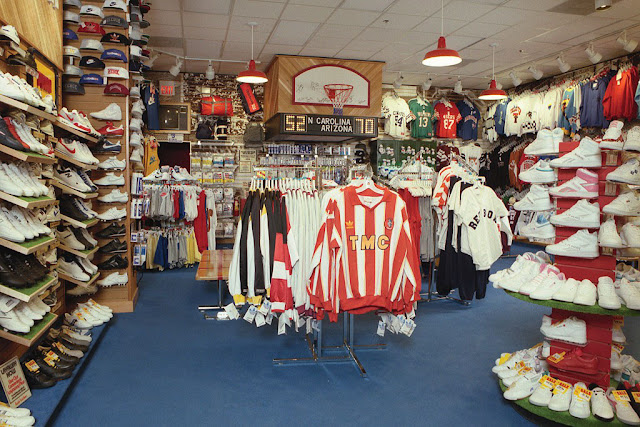 Makes me happy that this one is showing UNC with a loss.  Thank you internet.

This week's 1980s card comes from a Foot Locker promotion they did with college basketball in the late 1980s and early 1990s.  I am not sure if they gave out these cards in set form, or if they were given away as single cards in the store with a purchase.  However they did it, there were Foot Locker Slam Fest sets in 1989, 1991, and 1992. Vince Coleman is the only baseball player who appeared in the 1989 set.

This is the card. 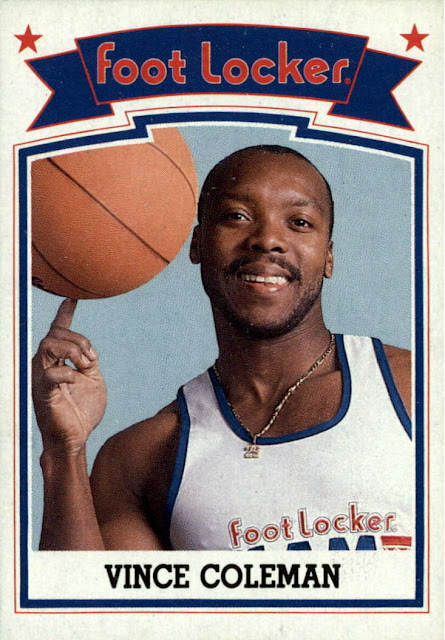 This is a short video clip from an episode with Barry Bonds and others.

I looked hard for a video of Vince Coleman participating in the Foot Locker Slam Fest, but could not find one anywhere.  He was a pretty good athlete, had to be decent to participate. Plenty of other baseball players appear in the 1990s sets.  None of these cards are very expensive.  I picked up this Coleman in a dime box at a card show years ago. 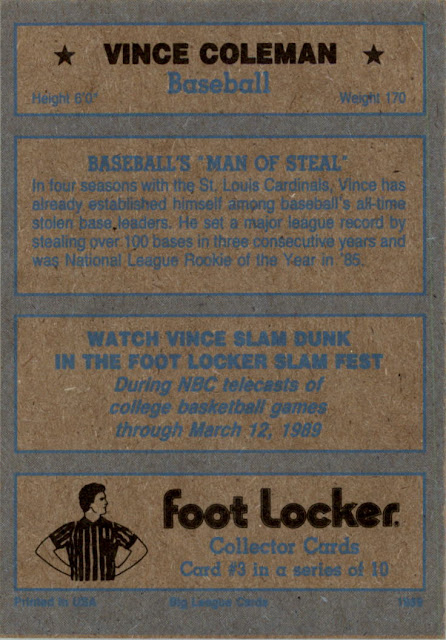 The light blue print is not the easiest to read, but the front of the card more than makes up for anything that is printed on the back of the card.  Overall, a solid oddball card.  Not everyday that you run across a card featuring a player who can steal 100 bases, and dunk a basketball on national television.
Posted by The Snorting Bull at 8:03 AM