There are few reasons to airbrush the picture on the front of a baseball card. Almost all of them involve free agents signings, or players who have been traded.  The most famous airbrushed Cardinals card of the 1980s has to be the 1987 Topps Mike Laga card. 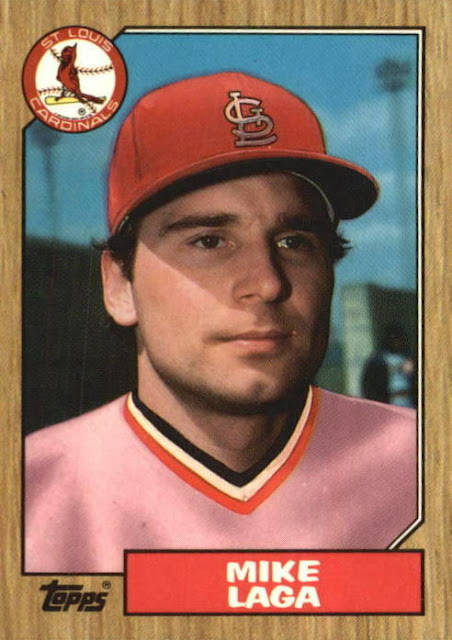 Laga was on the Tigers for a few years in the early 1980s, but was traded to the Cardinals, along with Ken Hill, for catcher Mike Heath.  Nothing like covering up a Tigers jersey by airbrushing it pink, and calling it a Cardinals card.  If you look over Laga's right shoulder you can see a player with a grey Tigers jersey, with the blue and orange trim.  At least Topps got the hat to be red.

So, why would a card company airbrush a card of a player who has been on a team for a long time?  I honestly have no idea.  Bob Forsch spent almost his entire career with the Cardinals.  He pitched one year with the Astros, I believe his final season.  Forsch's rookie year was in 1974, so he was in his 7th season with the Cardinals by the time 1981 rolled around.

Here is the card.  Notice the hat. 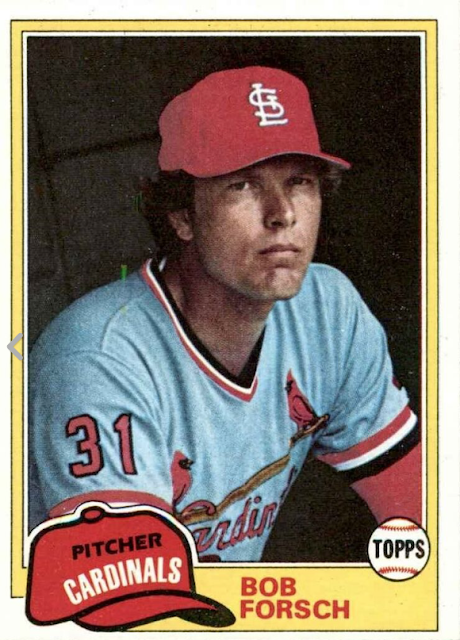 It looks like it is floating above his head.  I am not really sure why there would be a reason to airbrush this card.  Even more bizarre is the fact that Topps made another card of Forsch in 1981, and they even used the same picture.  Well, almost the same. 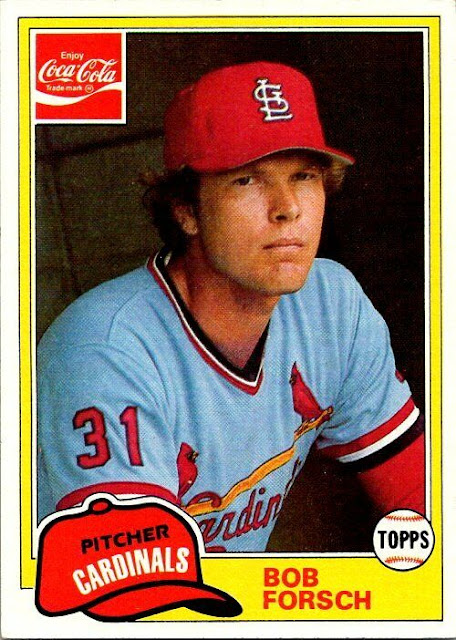 The hat on the Coca-Cola card looks like it is unaltered.  You can also see the difference in the reds on the two cards.  Check out the hat, the numbers on the sleeve of his jersey, and the undershirt on the right side of the card.  That is the color red that the Cardinals wear.  It almost feels like the top card was airbrushed just to dull the color red.  I simply have no idea why Topps would change the color on their regular Bob Forsch card.

Bizarre that it is airburshed at all.

Just for the sake of having a reference point, I found a non-baseball card photo of Forsch from the early 1980s.  The uniform is slightly different in terms of style, but you can see the red color matches the Coke card. 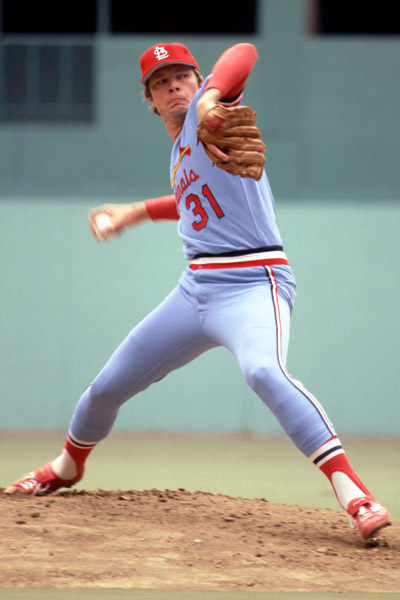 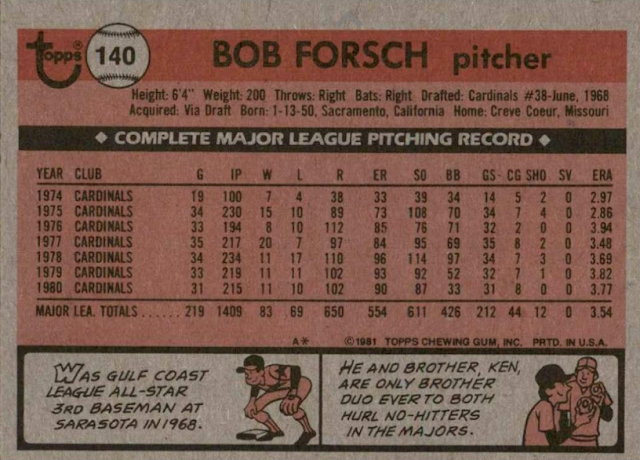 The back shows Forsch's career numbers, and makes mention of the fact that he had thrown a no-hitter.  The no-hitter mentioned took place in 1978 against the Phillies.  The video shows Forsch getting Larry Bowa as the last out.

He threw another no-hitter against the Expos in 1983, the only Cardinals pitcher to have thrown two for the team.  Forsch passed away in 2011, but the Cardinals inducted him into their Hall of Fame in 2015.

Posted by The Snorting Bull at 9:48 PM