If I sorted my Cardinals cards by the type of player they were for the team, I would go ahead and put Cesar Cedeno and Will Clark in their own section.  Same story, but Will Clark is for another day.   If you watched baseball during the 1970s and 1980s you probably best remember Cesar as a toolsy outfielder for the Houston Astros, or maybe the Cincinnati Reds.

Cesar could do a little bit of everything.

He has almost 200 career home runs, more than 400 career doubles, and over 500 stolen bases.  Throw in five Gold Gloves, four All-Star Game appearances, and you've got a really good career.  Cesar is not a Hall of Famer, but definitely a great of his era.  Plus, he and a bunch of Astros players were in the end of The Bad News Bears. 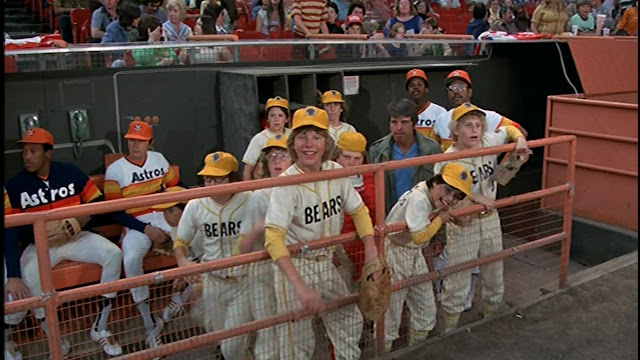 I think Bob Watson has the glasses and J.R. Richard is wearing the jacket on the bench.  Ken Forsch maybe sitting next to J.R. Richard?

What is really important here is that Cesar was on the Reds at the start of the 1985 season and was terrible.  He played 83 games in Cincinnati, hit .241, and had almost zero power.  The Reds already had Dave Parker, Eddie Milner, Gary Redus, and Nick Esasky in the outfield, plus a young Eric Davis and Paul O'Neill both made their debuts that summer with the Reds. They traded Cesar away to the Cardinals at the end of August in a waiver deal for a Rookie League pitcher.

Who can blame them?  He was taking up a roster spot.

Cesar went from looking like a guy at the end of his career to a player who belonged in the middle of a Major League All-Star Game lineup.  During his September with the Cardinals, Cesar hit .434 with 6 home runs and 19 RBIs.  He had a .750 slugging percentage.  While he did not hit well during the playoffs, it's hard to imagine the Cardinals would have gotten there without his bat down the stretch.

His biggest contribution might have been a game winning extra inning home run off of Jesse Orosco against the Mets in a late September matchup which featured dueling shutouts by John Tudor and Dwight Gooden.

It all rightfully earned Cesar a few cards during the summer of 1986 as a Cardinal. 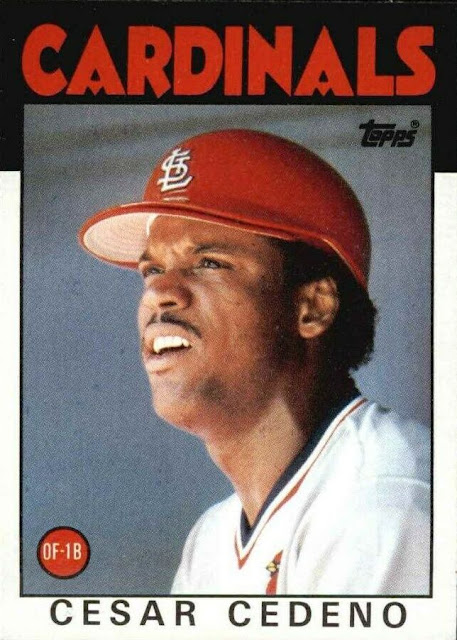 He actually signed as a free agent with the Dodgers at the end of 1985, but quickly reverted back to the declining player who played for the Reds during the first half of the season.  Still, as a Cardinals fan I enjoy his cards with the team.

I especially love the back. 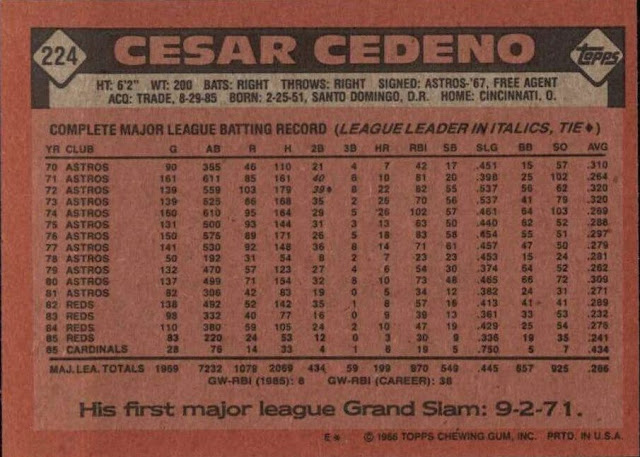 I know the print is small, but the .434 batting average and .750 slugging percentage are rather glorious looking.  His stint with the Cardinals was short, but definitely worthy of being remembered on a baseball card.

Posted by The Snorting Bull at 9:40 AM