There have been a whole bunch of 2019 sets that have been released this year starting with Topps Series 1 way back in January or February. 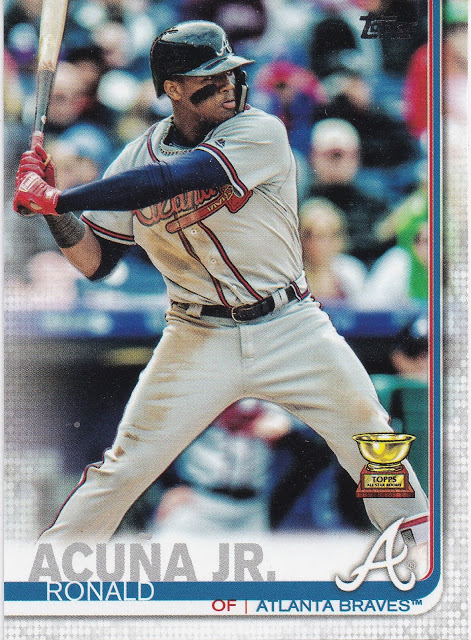 I think I have a Stadium Club set put together.  Otherwise, I just have a bunch of random 2019 cards from a whole bunch of different sets.  Way back at the beginning of the year I thought I would try to put together a couple of small sets.  Have I done that?

It's not that I am against sets, it's just that the majority that Topps is putting out at this point do not really hold my interest.  Rather mediocre.

I am going to try to put together a pair of small Upper Deck insert sets from the early 1990s.  One from the 1992 Upper Deck Minor League set, and the other from the 1993 Upper Deck base set. Different years, different products, but I have always felt like these two insert sets are clones of each other. 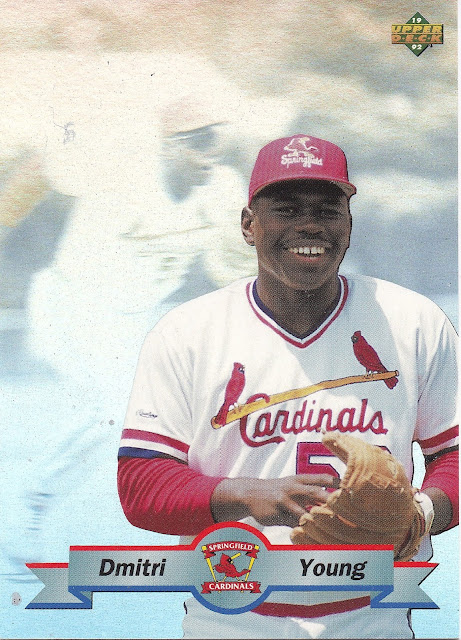 This is from the Top Prospects Holograms set.  There are 9 cards, but I only have two of them.  One being the Dmitri Young shown above as a member of the Springfield Cardinals.  The other belongs to Chipper Jones, which is a Durham Bulls card.  The other 7 cards in the set shouldn't be too hard to find.

I already have the red cards.

North Carolina native Brien Taylor card seems like he might be the hardest card left to find.  There is not one on COMC at the moment, so I will have to find one from some place different, I do not always like buying single cards like this off of Ebay.  Might have to go do a SportsLots order, something. 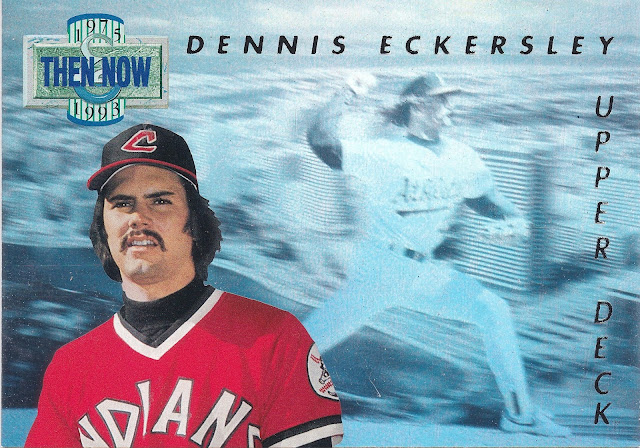 This is from the Then & Now set.  There is an older player of the picture in color with the hologram showing a new picture.  There are 18 cards in all.  There are actually a few cards in this set that I am not big on, but the rest of the cards more than make up for it. 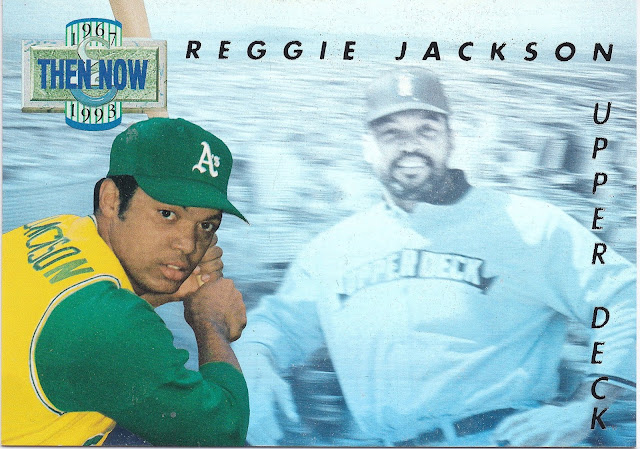 The retired players in the set have a goofy picture of the player wearing an Upper Deck shirt of some sort in the hologram picture rather than an older image.  Why doesn't this Reggie Jackson have a picture of him on the Angels, or his last season with the A's?  Would have made for a better set, but it's only a few cards that fit into this category.
I am missing roughly half the set.  I already have the red cards.

I think I can have these two small sets put together by the end of September.  Go team.
Posted by The Snorting Bull at 8:07 PM