This 1980 Topps Cardinals Future Stars card has three pretty good baseball players.  There is a recently elected Cardinals Hall of Famer and a long time Major League reliever.  The majority of readers can look at this card, and probably pick out those two players with little trouble.  However, the third player on the card was a success in his own right, even if he did not have a long career in the Majors.

This post is half baseball card, half where are they now. 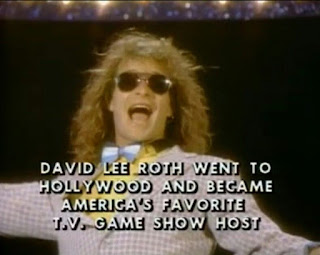 Here is the card. 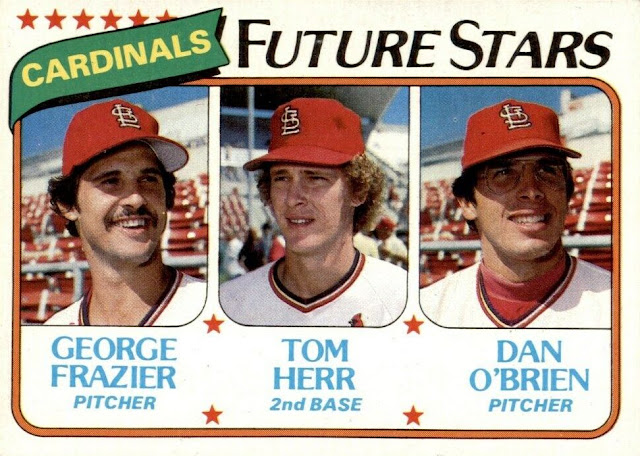 While a walk-off grand slam on seat cushion night was a cool moment for the 1980s Cardinals, I am not sure it's a good argument to be in the Cardinals Hall of Fame.

George Frazier had a much bigger impact on baseball than I remembered.  I don't want to spend too much time here, but he played for 10 years in the Majors as a relief pitcher.  I remember him on the 1980s Yankees and Cubs as sort of a middle innings guy.  However, I didn't realize he won a World Series ring against the Cardinals as a member of the Twins in 1987. 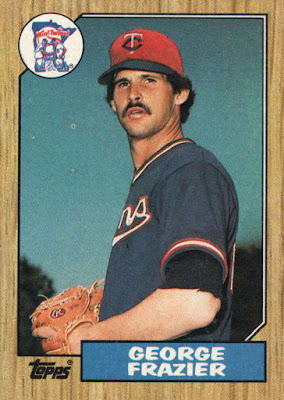 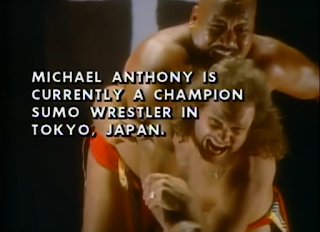 Which brings me to the last player on the card.  Dave O'Brien did not have much of a Major League career, but he still has a pretty cool story, and he had a big impact on amateur baseball.  As a player at Florida State, he was one of the star players that led the Seminoles to the 1975 College World Series.

I always like players who were college greats, but maybe not great pros.

Thank you to Bob Perrone and Andrew Brady at NoleFan.Org for the picture of Danny O'Brien.  It's an incredible website and archive of Florida State sports teams.  You can check out their profile of O'Brien here.
The Cardinals drafted O'Brien in 1976, by the end of the 1978 season he was pitching in the Majors.  His time in the Majors was short, but he ended up finding a spot with the Richmond Braves for a few seasons in the early 1980s, which prolonged his professional career. 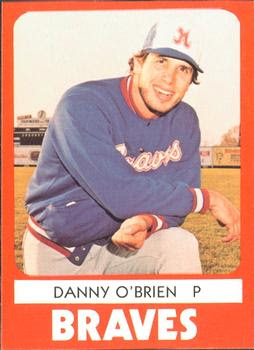 By 1983, he was out of professional baseball, returning to the college game with a coaching job at SIU-Carbondale.  Now, they are a D1 school in the Missouri Valley Conference, but they were a D2 school while O'Brien was there.  The Salukis made the D2 College World Series While he was there, and the program produced 9 MLB Draft Picks, including long-time Major Leaguer Steve Finley.
He eventually moved on and worked at Michigan State starting in the early 1990s, before moving on to work at the University of Michigan.  Obviously both schools produced Major League talent while he was on staff.  I am not typing up a huge list.
Not my card, but I always see these Michigan State cards at antique and flea market stores when I go see my in-laws in North Michigan.  Maybe someone will sell me a single Dan O'Brien card. Dan O'Brien is now in his mid 60s.  While he has stepped away from his work at the University of Michigan, he has spent the last year or two working in college baseball as a volunteer coach at Eastern Michigan.  While they may not be a powerhouse NCAA team, EMU has produced a few draft picks and Minor League free agents the last few years.
Sorry, no more Van Halen pictures. 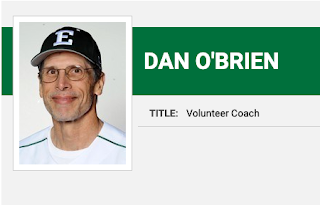 I am glad that I spent the majority of the post on Dan O'Brien.
Posted by The Snorting Bull at 2:57 PM