The other week I made fun of Bob Forsch for having a perm on a 1980s baseball card.  Tom Herr is on this week's card, and he also rocked a perm for parts of the decade.  I am going to skip over the hair and tell you all of the things I remember about the Cardinals second baseman during the 1980s.

1. He had the smallest home run space of any second baseman in the All-Star Baseball game. 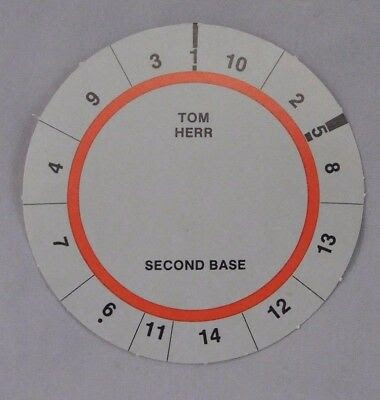 It's the number 1 at the top of the disc if you never played.  Give me Ryne Sandberg or Bobby Grich all day long.


2. Walk off grand slam against the Mets on seat cushion night in 1987.

3. This sac fly he hit in the 1982 World Series that scored two runs.  Really Gorman Thomas misplayed the ball, but Tommy Herr hit it.

and I did not really know much about this play during the 1980s.  More like the 1990s when I learned more about the 1982 World Series.  Still counts.

4. He was traded to the Twins for Tom Brunansky. 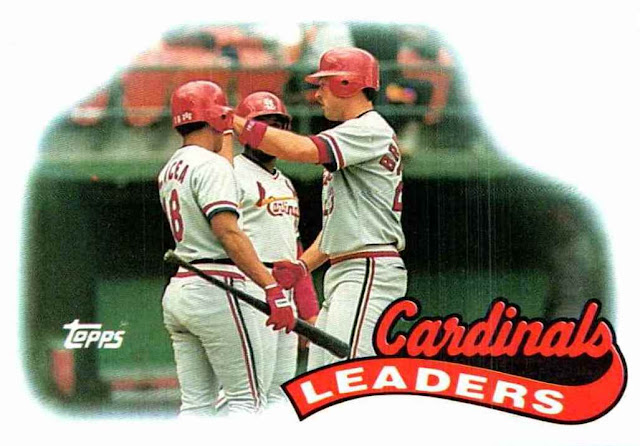 The 1989 Topps Cardinals Leaders cards had Tom Brunansky on it, plus Luis Alicea who replaced him at second base.  Feels like a 1980s troll job from Topps. 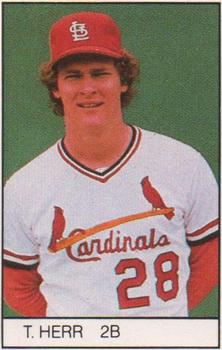 This is a card I have picked up in the past year.  I really have not ever gone after any of these cards, but I included one of these in an article over at my other writing gig and I decided to check one out.  This is an All-Star Game Program insert card.  MLB put them in the programs for a few years during the 1980s, people cut them out, and there are a few floating around the internet.  Again, a more recent pick up, not an actual card I had in my collection during the 1980s.  Plus, there is no way the first/second grade me would have ever cut out a card this neatly.

This was already cut when I acquired it.  Here is the back. 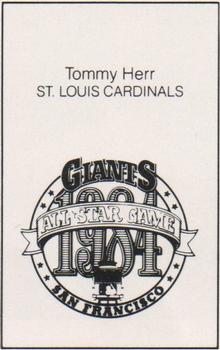 No stats, just the All-Star Game logo from 1984, which was hosted by the Giants.  Huey Lewis and the News performed the National Anthem at this game.

Posted by The Snorting Bull at 4:31 AM