Best Cardinals stadium giveaway team set?  It's the 1988 Smokey Bear Cardinals team giveaway set.  Don't talk to me about player selection, flimsy card stock, or the team's terrible season.  The design and photography in this set make it better than anything else out there.  I even like these cards better than the 1992 McDonald's Cardinals set. 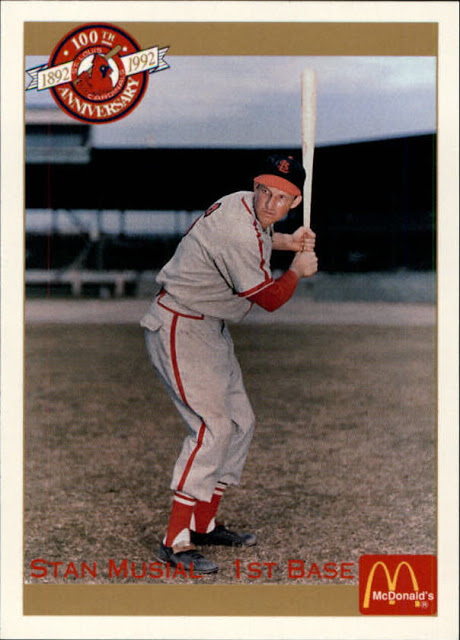 Stan is great, but they were also sold at McDonald's restaurants, not a stadium giveaway.

On with this week's card. 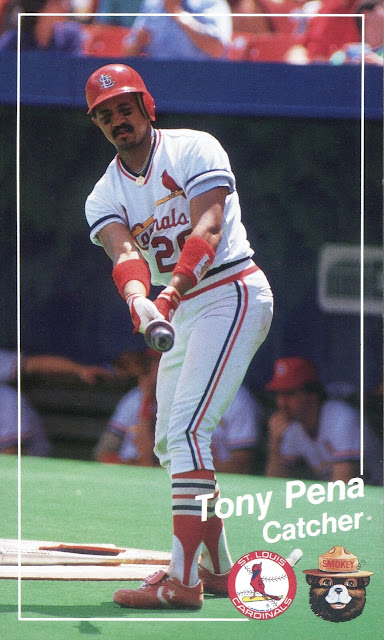 The cards are oversized in length, but look at that photograph.  The majority of cards in the set are from photographers who were at field level.  When do we get photographs like this on baseball cards?  Let me answer my own question.  The answer is never.

I know there are people who don't like the corporate logos on giveaway cards, but the card designer did a good job here.  Smokey Bear is small, he's in a corner, and the overall design is simple with the white border.  The Cardinals gave away these cards in other years, and there is no comparison between the set designs. 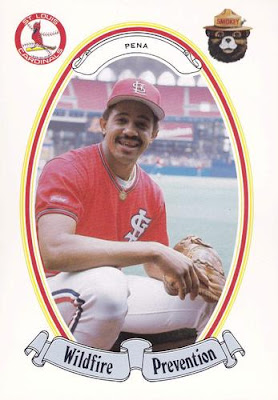 This was the design from 1987.  Pretty bad.  I think Topps ended up using this one year for Allen and  Ginter. 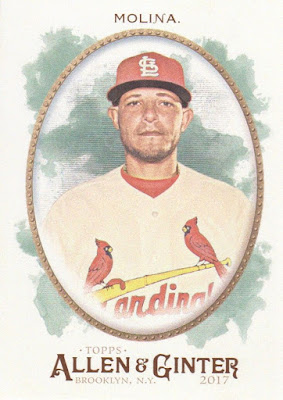 You just switch Wildfire Prevention with Allen & Ginter and you've got a new baseball card. 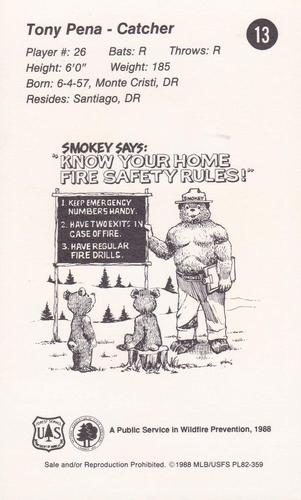 This is a great space for the giveaway sponsor to shine.  Love the way the majority of the back is fire safety tips with Smokey the Bear, because that just means they are not on the front of the card.  I will have to post more cards from this set in the future.

Andres Wisniewski had previously been thrown out of an airplane in a James Bond movie and appeared in an Elton John video.
Posted by The Snorting Bull at 5:21 AM